The Longines Avigation L2.640.4 is probably the closest thing to an authentic large pilot’s watch that the brand has made. It is large at 47.5 mm, but then, a pilot’s watch should be large. But it sits nicely on the wrist and gives a sense of real presence. The thing that really sets this Longines watch apart from the latest pilot’s watches in the Longines Spirit Collection is the absence of the date window. Longines are convinced that for good sales on global markets, a date window is essential. I’m sure they’re right. But the fact that the L2.640.4 doesn’t have a date window makes it a thousand times more desirable for someone who is looking for the pioneering aviation spirit. 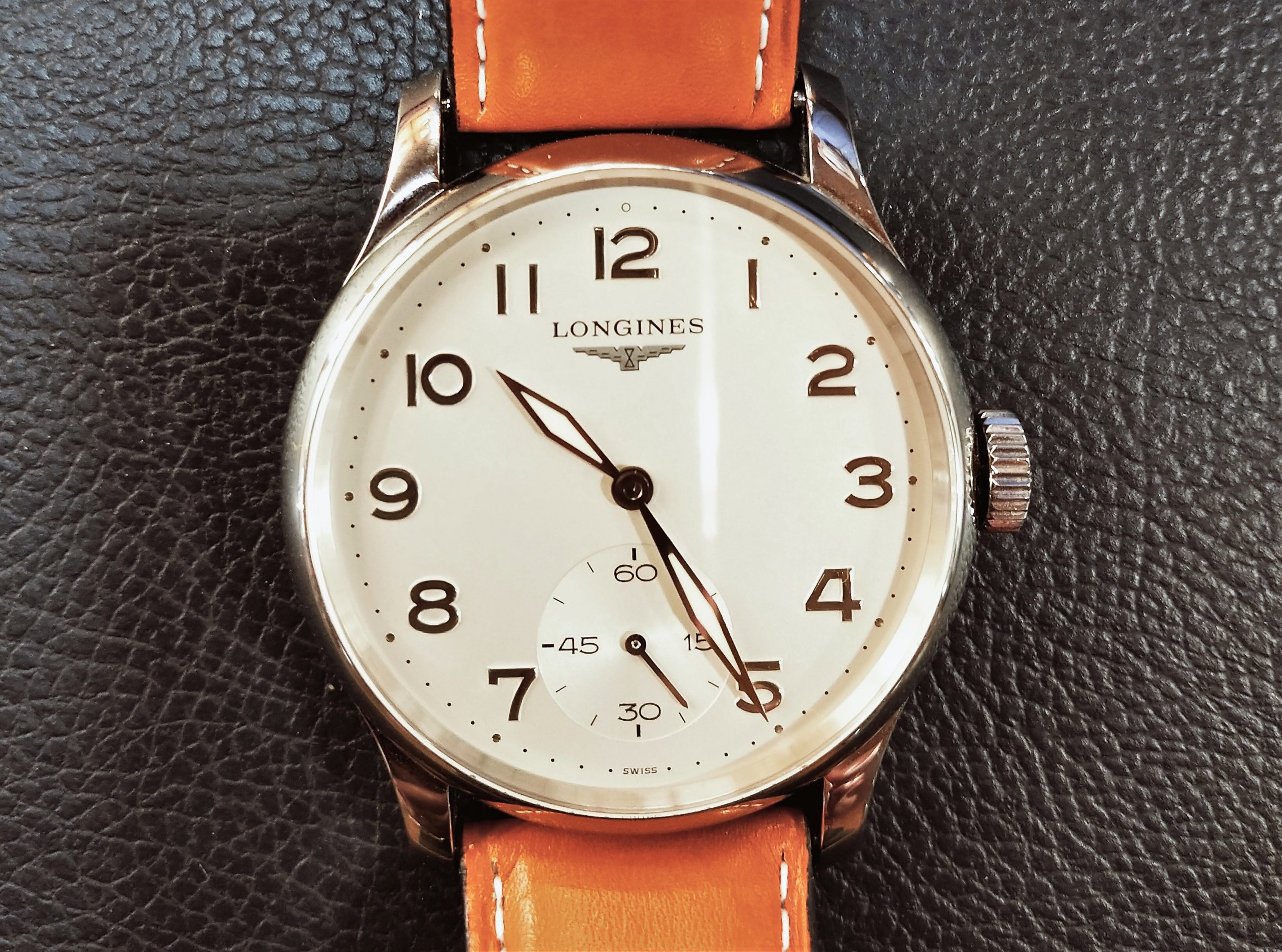 The Longines Avigation L2.640.4 doesn’t have a date window because it is powered by the ETA Unitas 6498-2 movement, 36.6 mm in diameter and originally made for pocket watches. It is hand-wound, runs at 21,600 vibrations per hour or 3 Hertz and can reach 60 hours power reserve. 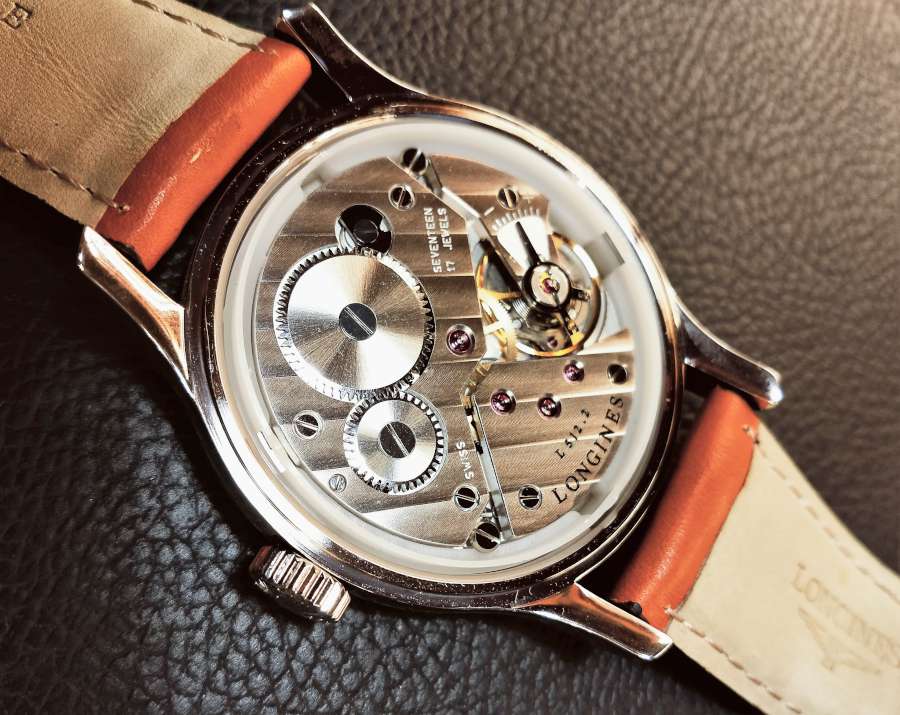 The caseback offers another enticing piece of vintage watch heritage: it is snap-fixed, and removing the outer caseback reveals another internal dust cover. Once these two covers have been removed, you can see the movement. The Unitas 6498-2 was a workhorse movement but the finish is beautiful and it looks good in the case. However, judging by the plastic component between the edge of the movement and the case, possibly the watch could have been a few millimetres smaller. 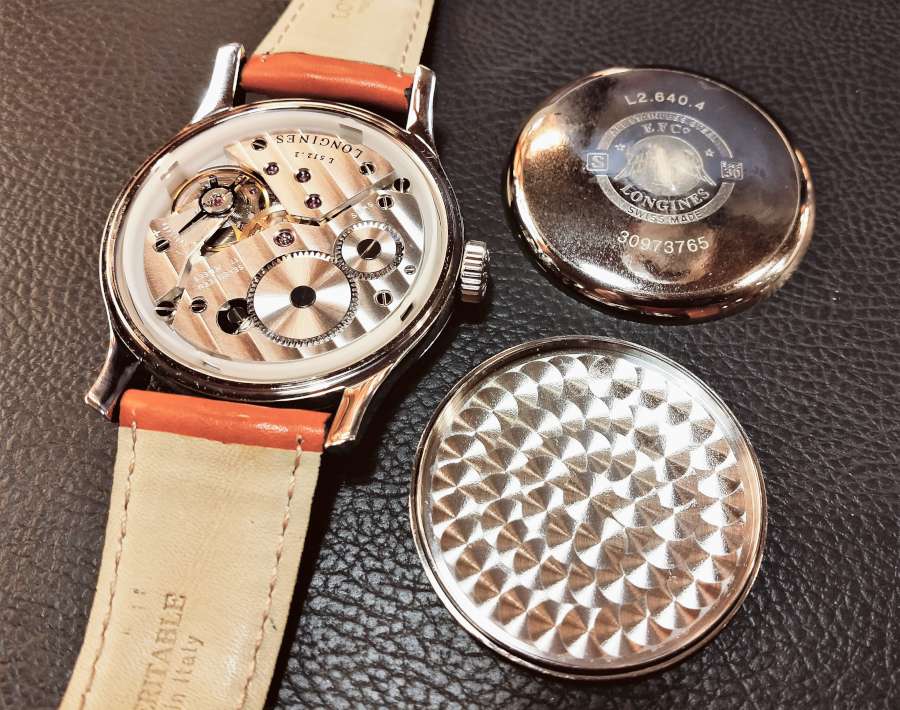 The dial is beautifully minimalistic. Just the brand name and logo, the numerals, a rudimentary chapter ring with dots for the minutes, the seconds subdial, and the word “Swiss” at 6 o’clock. There is SuperLumiNova on the hands, but not on the numerals. So even though at first sight it looks like a pilot’s watch (and Longines called it one of their Avigation watches), in actual fact it is missing a lot of the classic pilot’s watch features such as usable minutes and seconds scales, luminescent paint on the numerals, and a larger crown. But who cares, it’s spectacular and looks great. 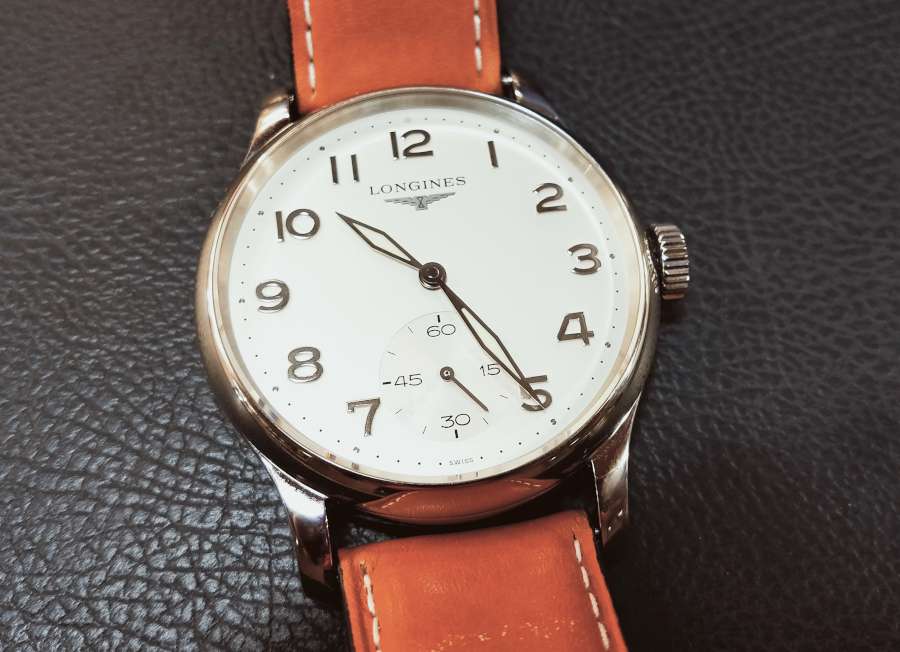 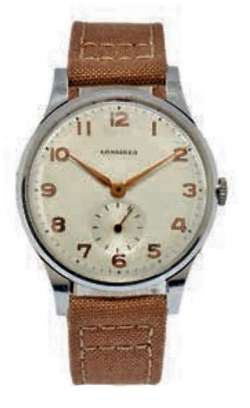 Watches like this have often been part of the Longines universe. Here is an example, the Oversize ref. 4914 dating to about 1949. In today’s environment the idea of calling a 37 mm watch “oversize” seems rather quaint but in those days, men wore very small watches. Longines supplied the 4914 to the Royal Australian Air Force at exactly that size – thankfully Longines has a huge archive of watches on which to draw inspiration for new heritage re-editions and so hopefully we will see some other interesting pilot’s watches relaunched.

The Longines Master Collection Avigation L2.640.4 is not new. It was made from around 2000 to 2010, and today this reference does not appear on the Longines website. But I saw this piece in a store in Faenza, Italy – Gioielleria Stella Sauro, Via Marescalchi 9, Faenza (RA) – and watchmaker Sauro Stella lovingly opened the back for me and told me about its heritage. It was a real temptation at the price of €1,350. Sauro Stella was born in 1930 and today, at the age of 90, he is still busy in the shop repairing mechanical watches. A stamina comparable to that of Walter von Känel, epic CEO of Longines who, at the age of 79, has just retired from his post. He is now Honorary Chairman of Longines, and Chairman of the Longines Foundation. Longines is now helmed by Matthias Breschan, formerly CEO at Rado.