This is one of the timepieces that you get if you open Amazon and type “cheap wind-up watch” or “cheap mechanical watch” in the search window. I recently met my aunt who had done just that. She wanted a mechanical watch instead of the quartz watches that she had used up until then. She has become an expert in certain forms of alternative medicine and didn’t like the idea of a generator of electromagnetic fields right there on her wrist. As she says, As she says, “I bought it because it was a wind-up watch rather than battery-powered. Being a kinesiologist working with energy meridians, I didn’t want to wear a watch all the time that was disturbing the energy of the body. It was one of the cheapest watches you could find on Amazon.” She ordered this watch made by Winner. When it arrived, she was surprised to discover that it was much larger than it looked like from the photo on the website. It was in fact a men’s watch. But she is wearing it happily and it keeps reasonable time. Click here to see a selection of the cheapest mechanical watches. 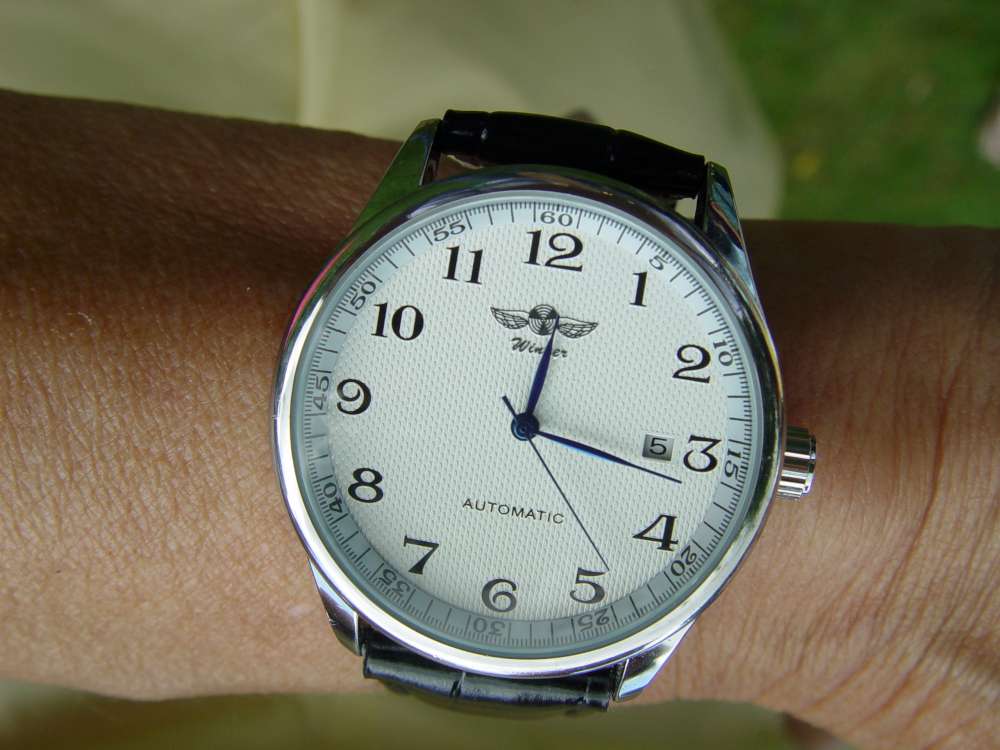 In actual fact, it’s an automatic watch, with a transparent caseback, made in China. It’s about 40 mm in diameter and 13 mm thick. The case is labelled as being in stainless steel, water resistance 3 atm, the strap is made of leather. It’s also available with black dial. Price on Amazon and eBay is about $20. 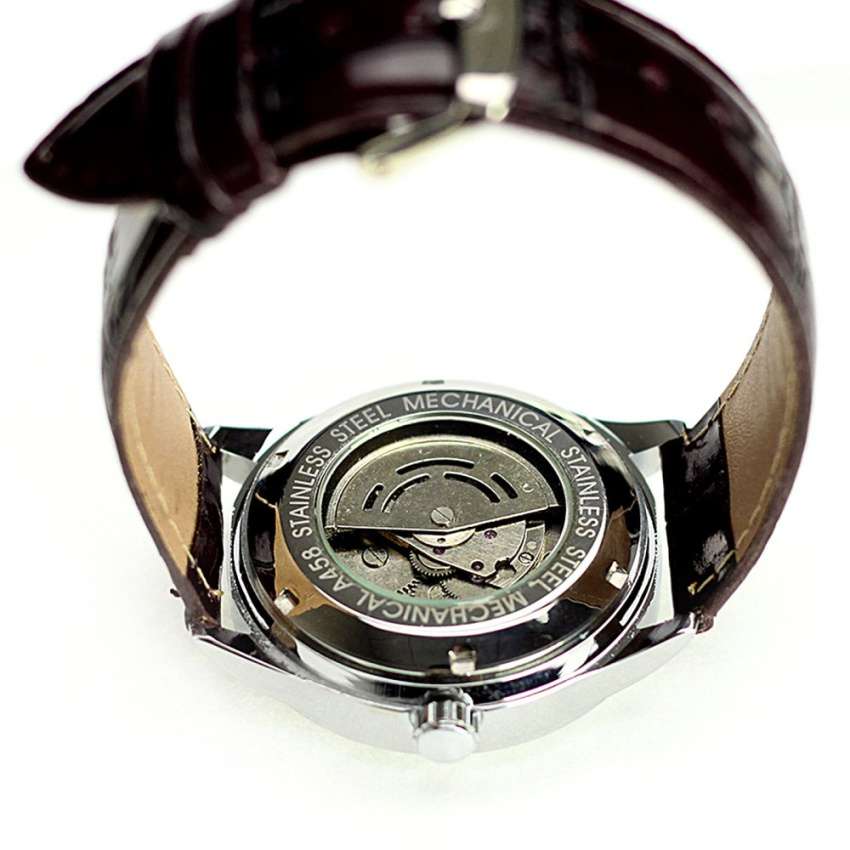 According to the information I can find, the movement is a version of the Standard Chinese Movement, designed in China from 1969 and put into production in factories all over the country from about 1971. It was designed by engineers from various Chinese watchmaking companies, and it apparently resembles the Enicar AR1010, a Swiss-made movement found in some of the few Swiss watches available in China at the time. China’s objective in those years was to make watches powered by a 17-jewel mechanical movement at a price sufficiently low to be accessible to virtually everyone in the country. The problem with this movement is the oscillating weight: it’s not heavy enough to wind the watch effectively. In fact my aunt has always imagined that it was a hand-wound watch and winds it every day. From the photos it’s easy to see that the rotor is just a stamped piece of metal, with no real peripheral weight. The specifications for the Chinese Standard Movement are 21,600 vibrations per hour (3 Hertz), a power reserve of minimum 40 hours, and a precision of -/+ 30 seconds max deviation per day. 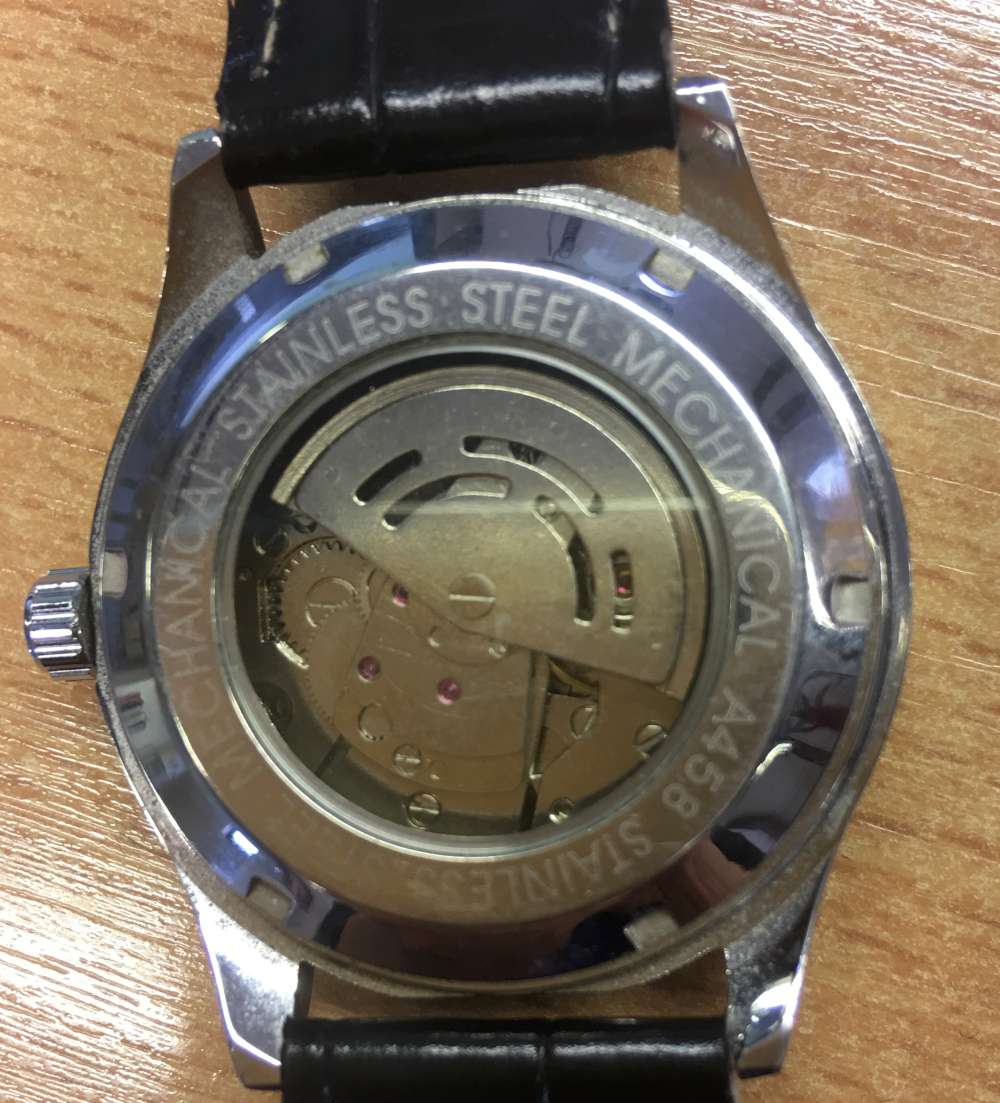 Wear on the strap

While the case and watchglass are not showing signs of wear, the leather strap is very lightly built and is worn at the edges. 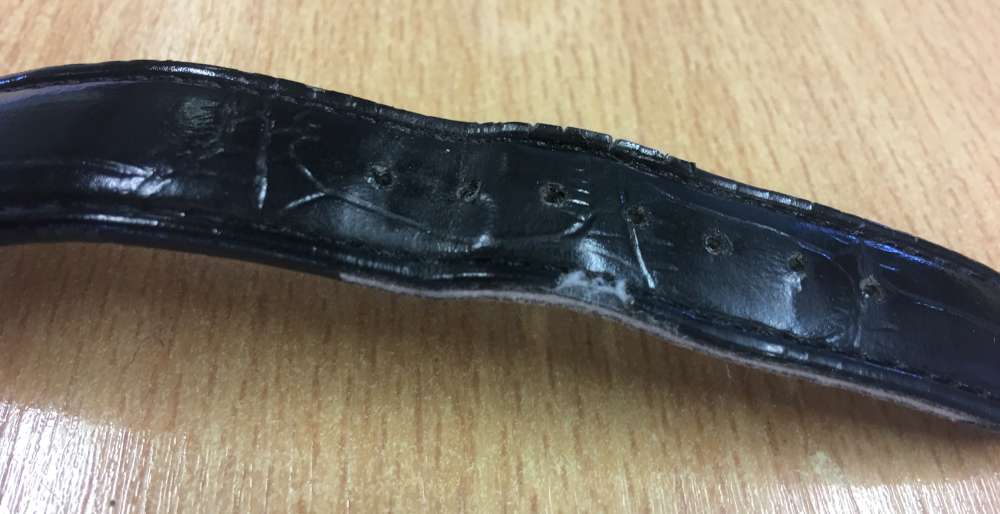 The Winner Automatic makes a mechanical watch accessible to everyone. Movement finish is almost non-existent, but it is a mechanical movement with (as far as I can see) metal components. It shouldn’t be hard for the manufacturers to improve it with a heavier oscillating weight, brushed finish on the movement parts, and above all, better design. It’s the appearance of the case and dial that sells a watch like this. The Winner Automatic and other similar Chinese watches are on the threshold of a vast market worldwide. To open the door, it would take a touch of design, and marketing, with a good e-commerce platform. The Swatch Group have targeted the same market area with Sistem51, but that watch costs about eight times much as the Winner Automatic, and in addition, it’s a machine-made, disposable watch. The movement of the Sistem51 is sealed, with a lot of plastic parts, and when it wears out, you can only throw it away. It’s not repairable even by Swatch. The Helm Vanuatu is a mechanical watch with all the right credentials in terms of design, precision and marketing, but it costs around 15 times as much as the Winner.

One thought on “Is this the cheapest mechanical watch in the world?”