The TAG Heuer Autavia is a lovely re-edition of a racing driver’s chronograph first introduced in 1962, with design by Jack Heuer. The historic version chosen for the re-edition was selected by online readers from a selection of 16 vintage models, a piece originally worn by F1 driver Jochen Rindt. The new version has a lot of positive features: large at 42 mm, an in-house movement with column wheel and vertical clutch, self-winding with 80 hours power reserve. All at an attractive price. There is just one thing that pushes it down the list, at least for me, but that will come later. 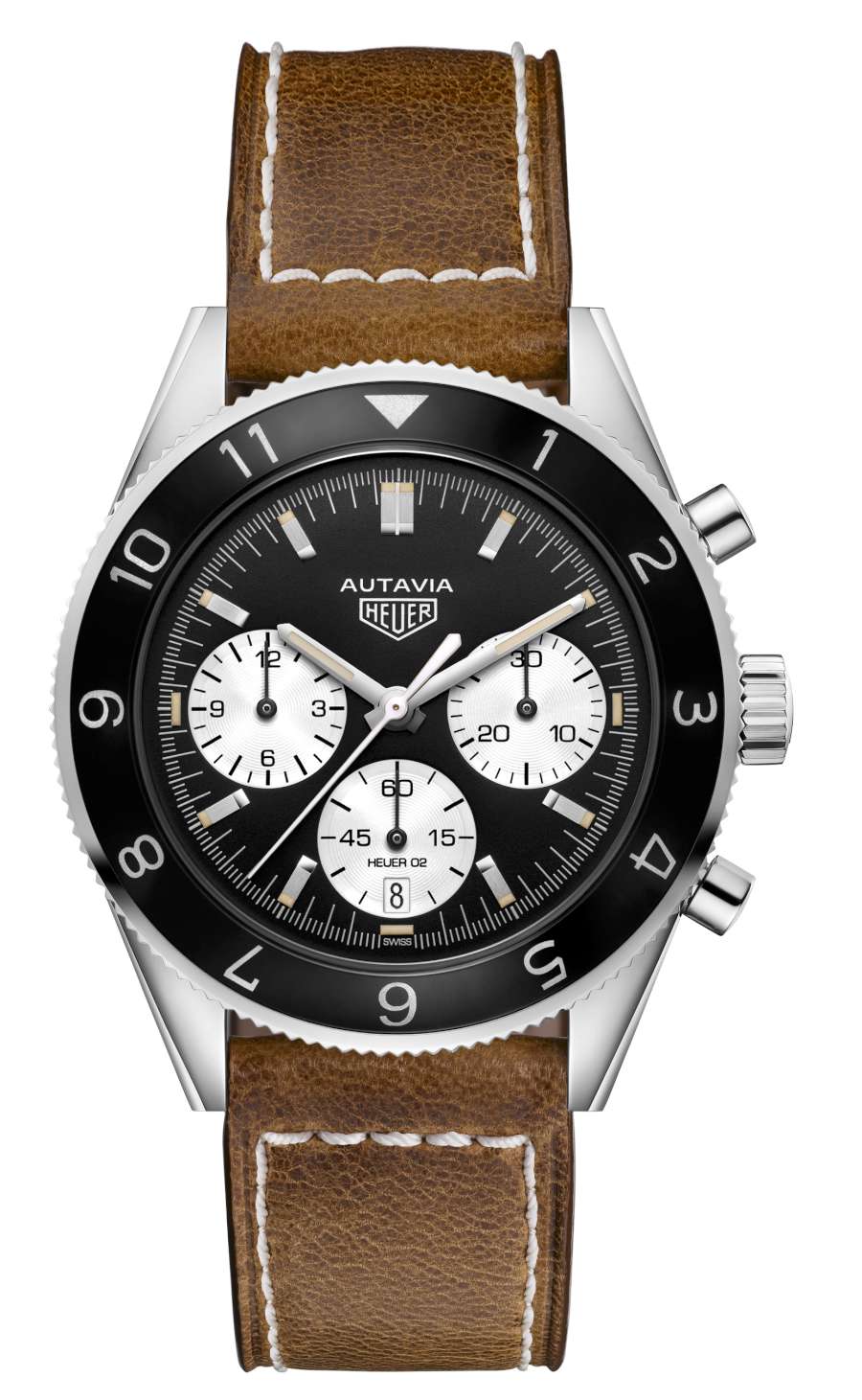 The name of the Autavia comes from “automobile” and “aviation” and in fact it has a few pilot’s watch characteristics, such as the triangle at the top of the bezel, the black dial, and the Arabic numerals. But its looks, with the white subdials on a black background, are classic automotive. The bezel is in fact rotating, which adds an extra timing capability to the watch. It is a large, imposing piece, 42 mm in diameter and almost 16 mm thick. It is water-resistant to 100 metres, always a positive feature for a luxury watch. 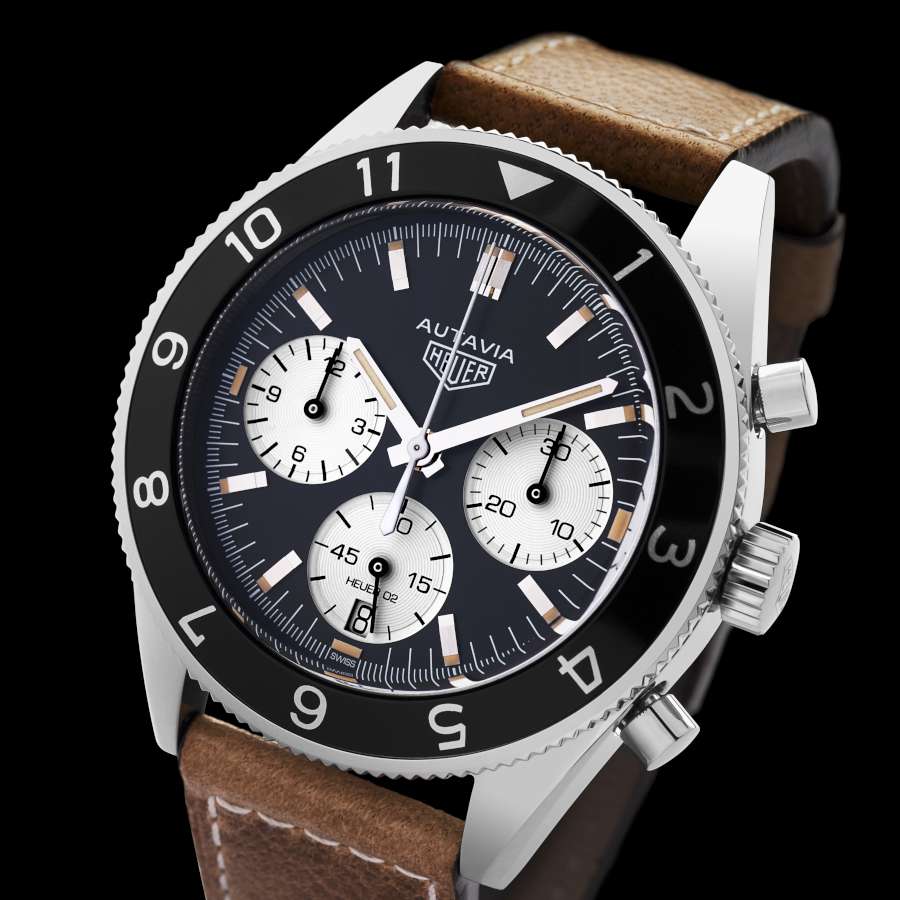 The thing that surprised me about the new Autavia is that, even though at first glance the seconds scale is complete, with quarter-second intervals corresponding to the 4 Hertz balance speed, in actual fact the scale is interrupted for two seconds at the bottom, to make room for the word “Swiss.” The incredible thing is that in the original 1962 model designed by Jack Heuer, the scale was complete! For such a beautiful watch, for me this is something of a disappointment. What’s the point of “TAG Heuer’s signature accuracy” (to quote the press release) if the scale is incomplete? 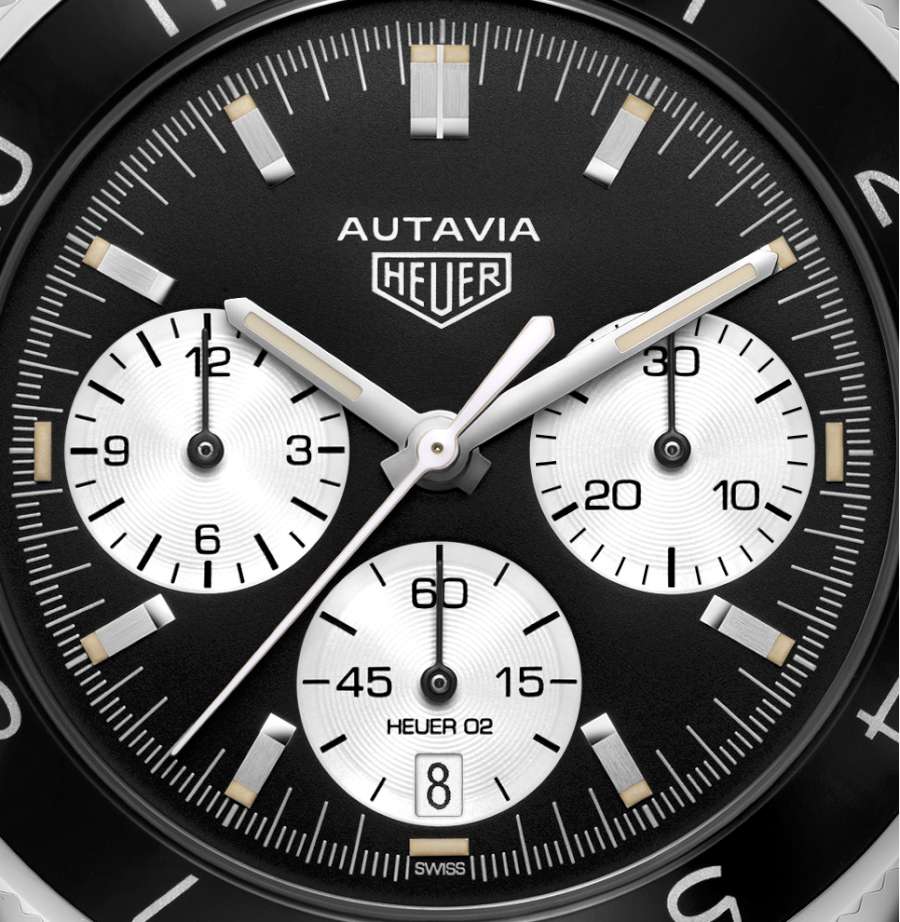 In the photo above, a detail of the new TAG Heuer Autavia, and below, the 1966 version. The new watch has a date window, and so while the 1966 watch had “Swiss” written on the continuous seconds subdial at 6 o’clock, this was moved down onto the fractional seconds scale in the new version. There are many chronograph watches in which one or more of the scales is illegible in certain parts, and this is connected to the new positioning of a mechanical watch as a luxury product and not a functional instrument. Just consider another brand in the Jean-Claude Biver universe, Hublot: in the Big Bang chronographs, the date window interrupts the chronograph minutes scale from about the 10 to the 20 minutes mark. I guess I’m just old-fashioned… 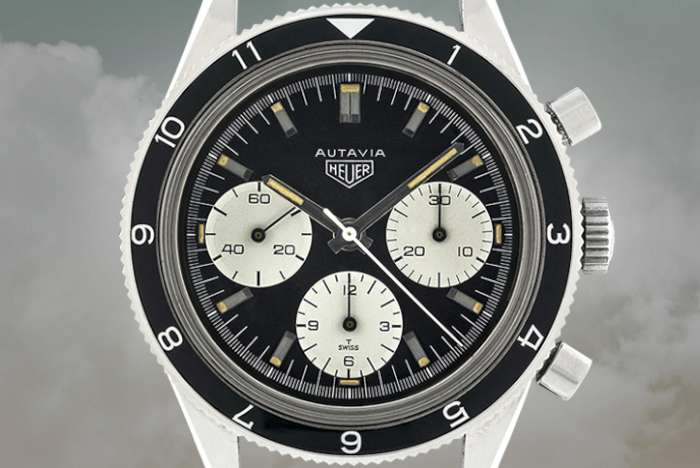 The original Autavia Ref. 2446 Mark 3, designed in 1966 and worn by Formula One driver Jochen Rindt

That’s the only thing that disturbs me. The date at 6 o’clock – also an addition with respect to the original – is OK, on the continuous seconds subdial. The mushroom pushers are sporty, the beige-tint SuperLuminova on hands and hour markers makes it a practical timepiece in the dark as well. A knurled crown, Heuer logo and distressed calfskin leather strap with beige stitching contribute to the vintage feel. 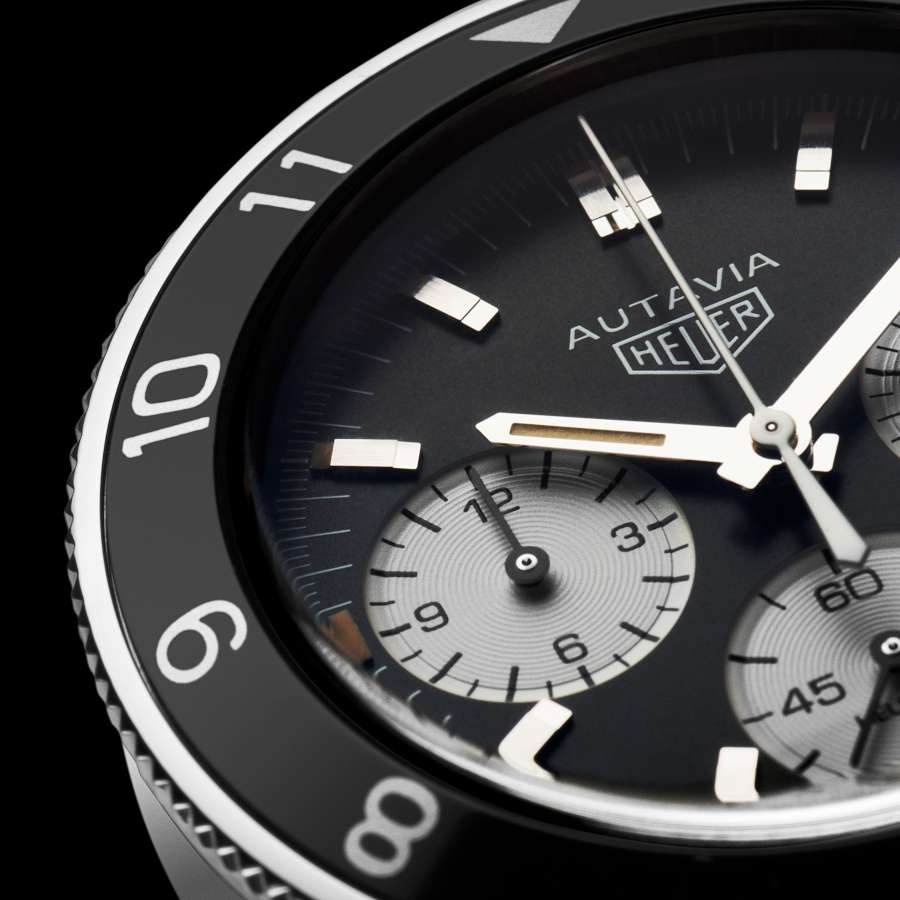 The Heuer-02 movement can be seen through the sapphire caseback. It is built in-house, runs at 28,800 vibrations per hour, and provides 80 hours power reserve. It has 168 components, a column wheel and a vertical clutch. A prestige movement at a relatively accessible price. 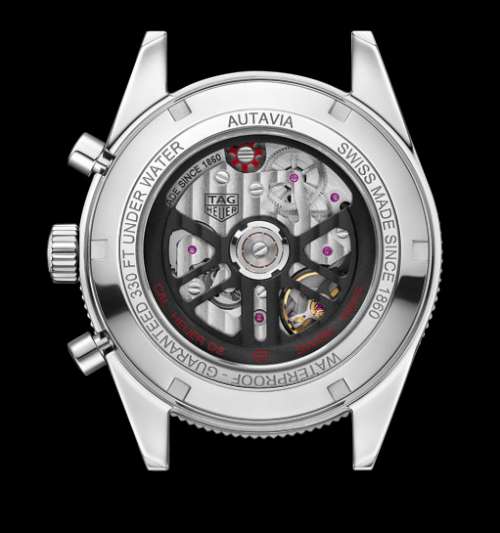 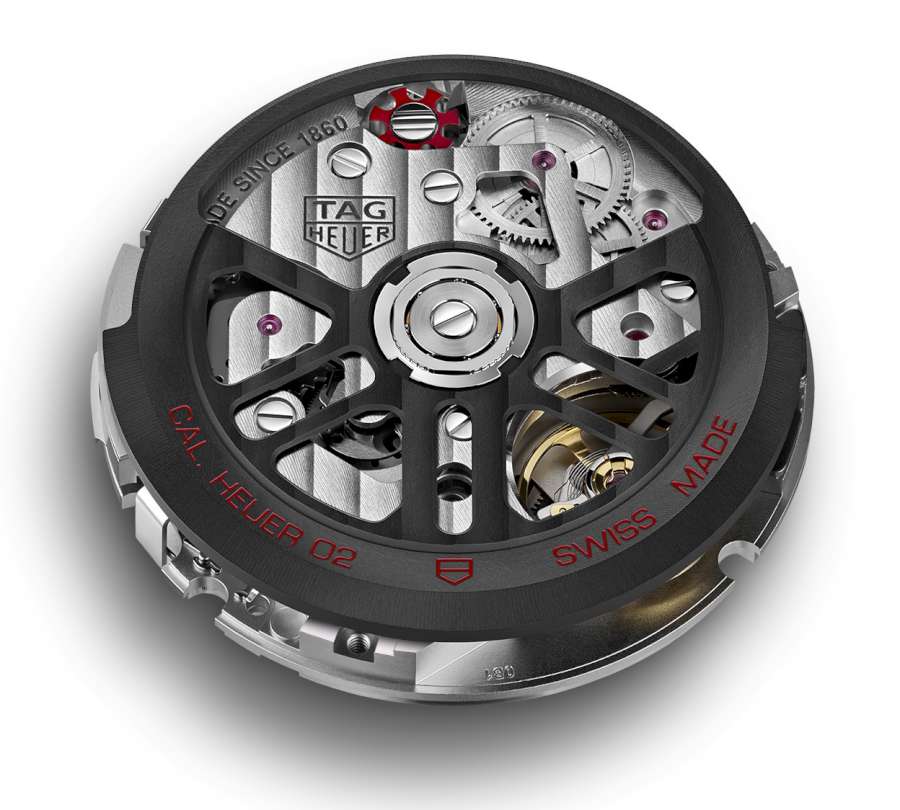 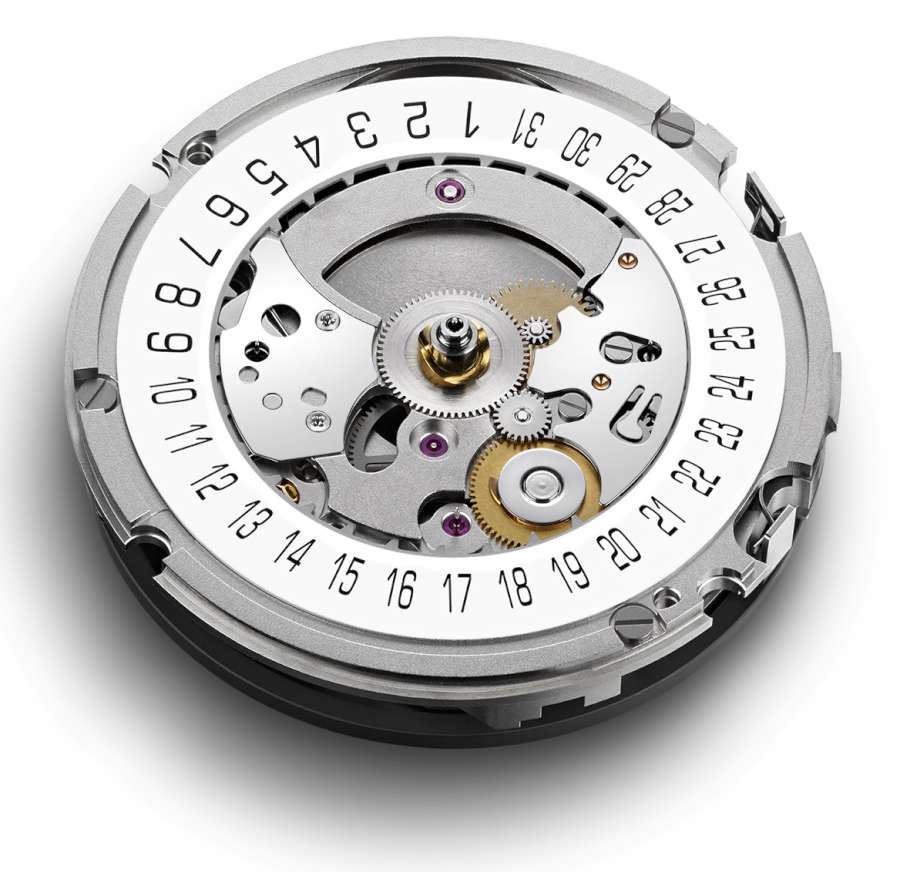 Price and reference of the new Autavia

A limited-edition version of this watch will be launched for Jack Heuer’s 85th birthday on 19 November 2017. 1,932 pieces will be made, commemorating 1932, Jack’s year of birth. The watch is similar to the regular Autavia, except that it has a solid caseback with Jack Heuer’s signature. “It was the very first timepiece that I designed,” said Jack, “and today I am proud to present the last watch that I have created!” This piece is reference CBE 2111.BA0687. 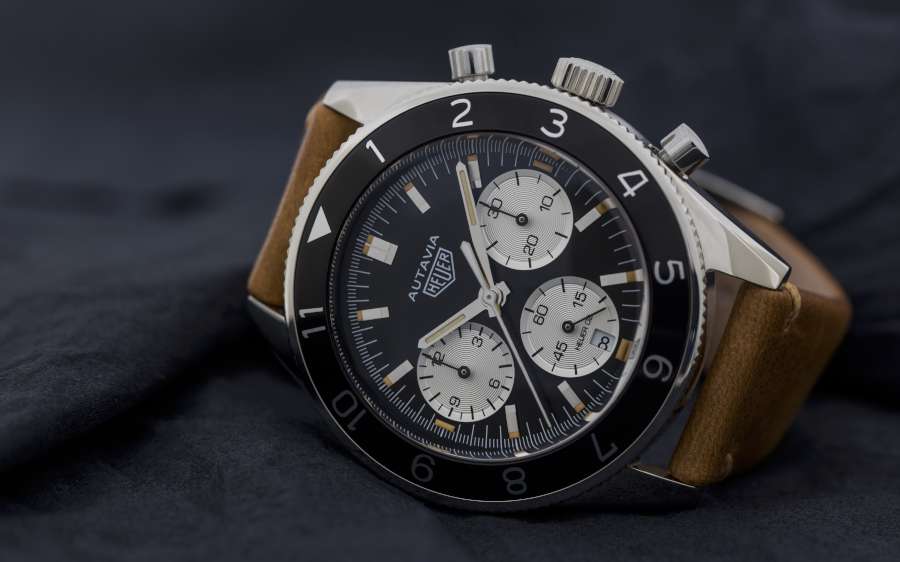 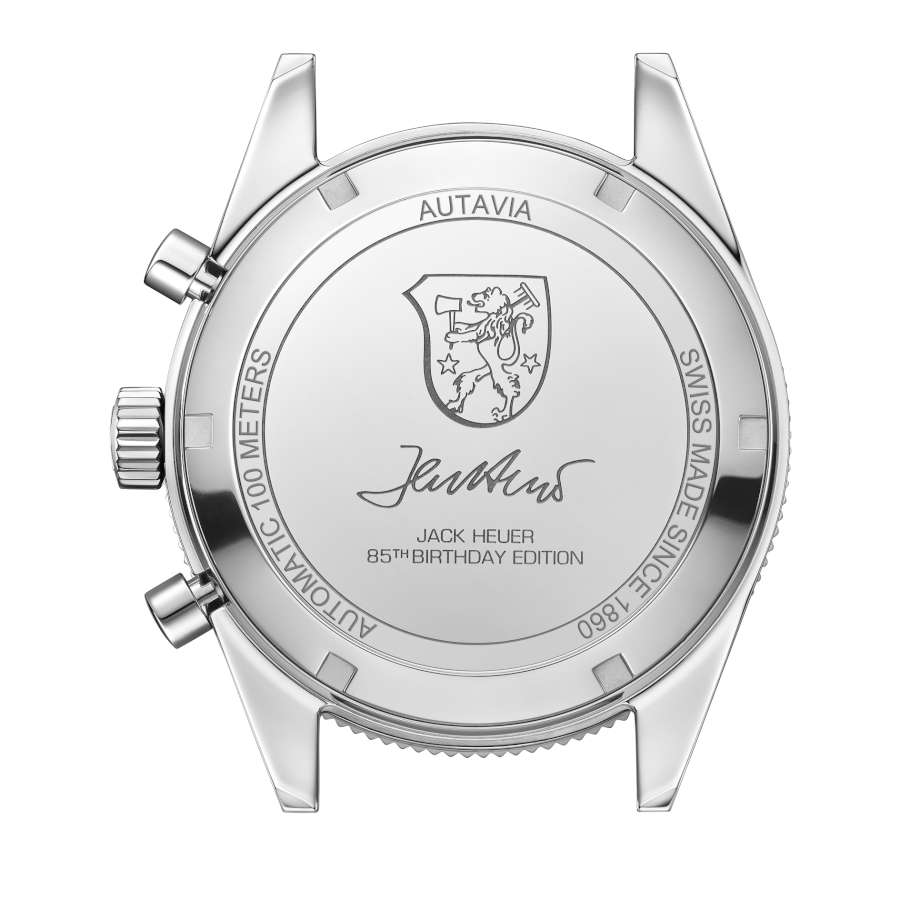