The Grand Seiko Spring Drive 8-Day Power Reserve is a beautiful watch with Seiko’s innovative spring drive system, three mainspring barrels providing an eight-day power reserve, and superb finish by Seiko’s highest-end manufacturing unit, the Micro Artist Studio. It was introduced in 2016 as an 8-piece limited edition in platinum, and then in rose gold in 2017. 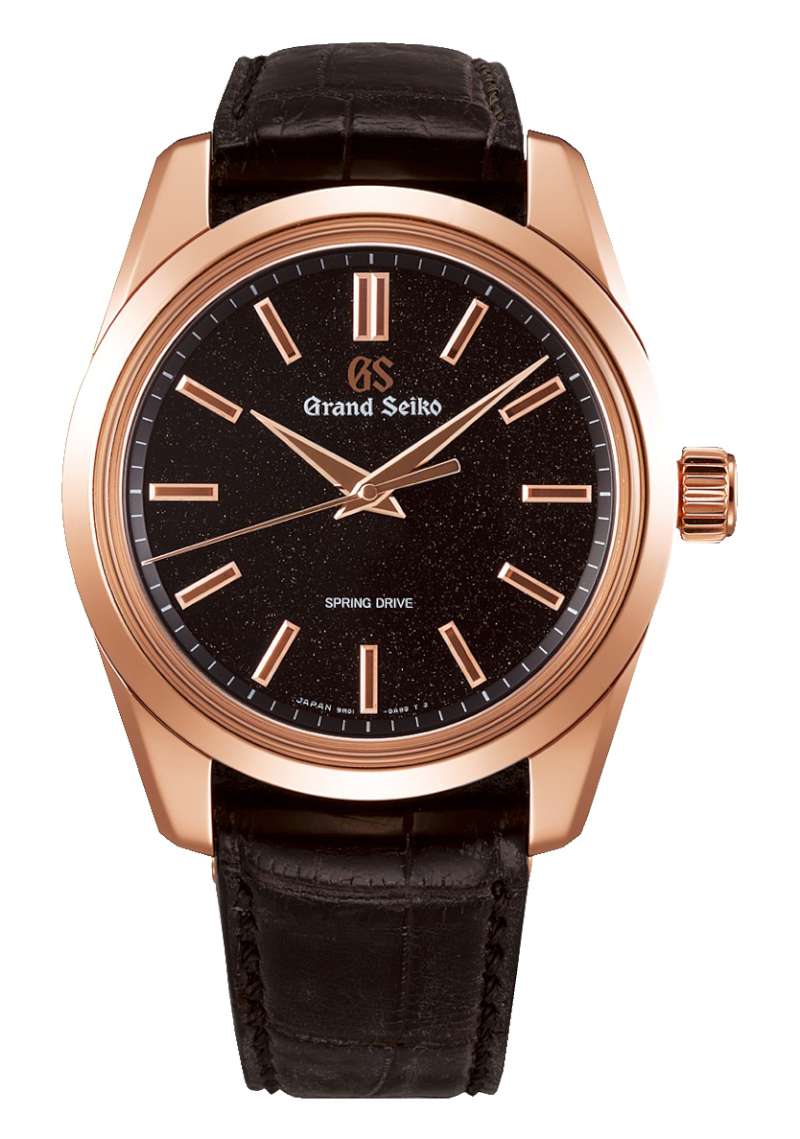 The Spring Drive movement is a combination of a mechanical calibre with a quartz regulator. Seiko has expertise in both quartz and mechanical movements and so is able to build this movement that has an unprecedented accuracy, +/- 0.5 seconds per day, or +/- 10 seconds per month. No conventional mechanical watches come close to this. Calibre 9R01 has three mainspring barrels arranged in sequence, hand-wound, that provide a massive 192 hours, eight days, of power reserve. The whole movement was specially designed to reduce friction.

The difference between a normal mechanical watch and this Spring Drive watch lies in the regulator. Instead of having a balance swinging back and forth, the Spring Drive watch has a glide wheel, powered by the mainspring. The glide wheel spins, and acts as a generator, producing electricity that is used to drive an integrated circuit and a quartz crystal oscillator. The integrated circuit measures the speed of the glide wheel, compares it with the timing signal produced by the quartz oscillator, and adjusts the speed of the glide wheel by regulating the power of an electromagnetic brake. The second hand moves with a characteristic continuous glide, without the fractional-second jumps of a normal mechanical watch. The Spring Drive system was first presented in 2007, 30 years after its initial inception by a young watch engineer, Yoshukazu Akahane. 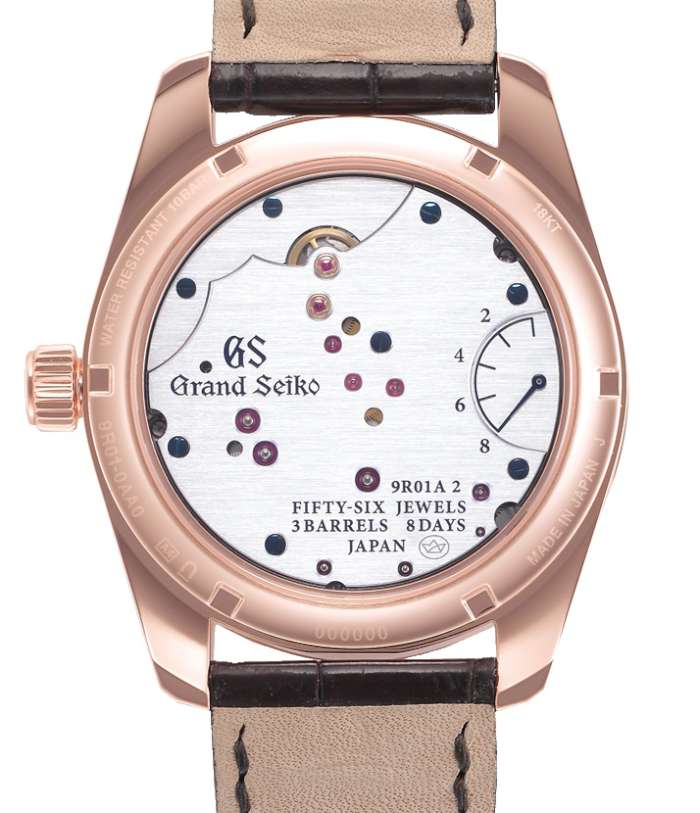 Calibre 9R01 also has a different architecture with respect to the mainplate and bridges of most watches. They are combined into a single component that holds the components more securely. The movement was re-engineered by the Micro Artist Studio in Shio-jiri, in central Japan. Some of the 56 jewels can be seen through the caseback, on the mainplate that includes a Mount Fuji-like profile and the 8-day power reserve indicator. 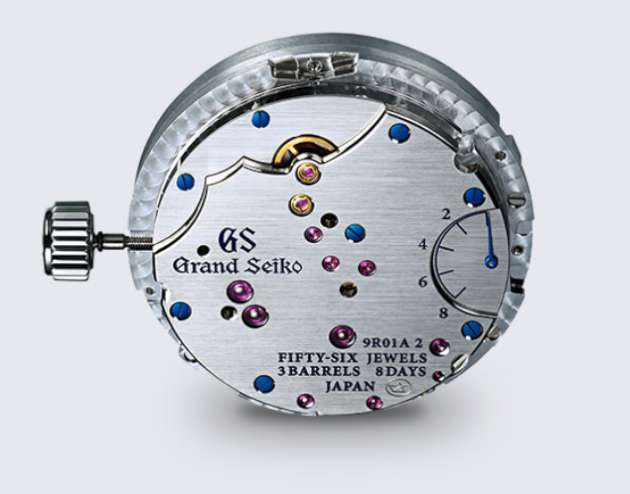 The watch case is in rose gold, 43 mm in diameter and 13.2 mm thick. It is crafted to an exceptional mirror finish using the Zaratsu polishing technique that heightens the crispness of edges. The black dial has a glittering effect resembling stars in the night sky, poetically linked by Grand Seiko to the clear nights of the Micro Artist Studio’s location. The case is water resistant to 10 bar, 100 metres. 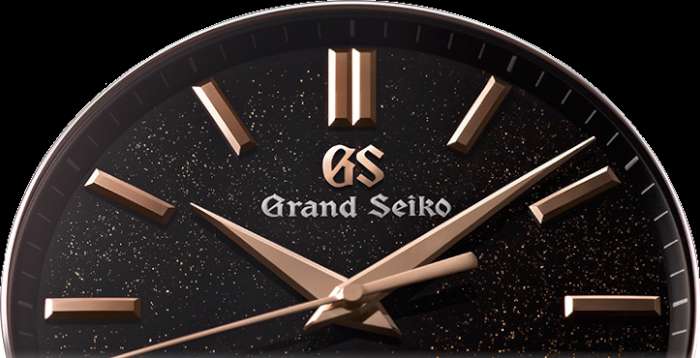 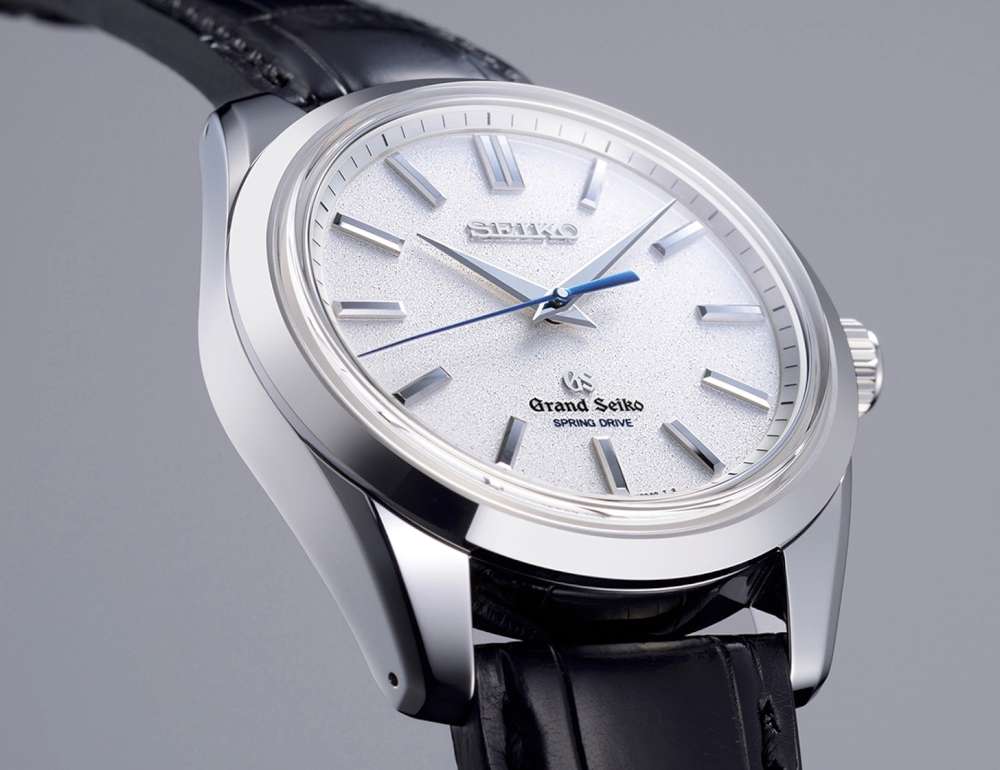 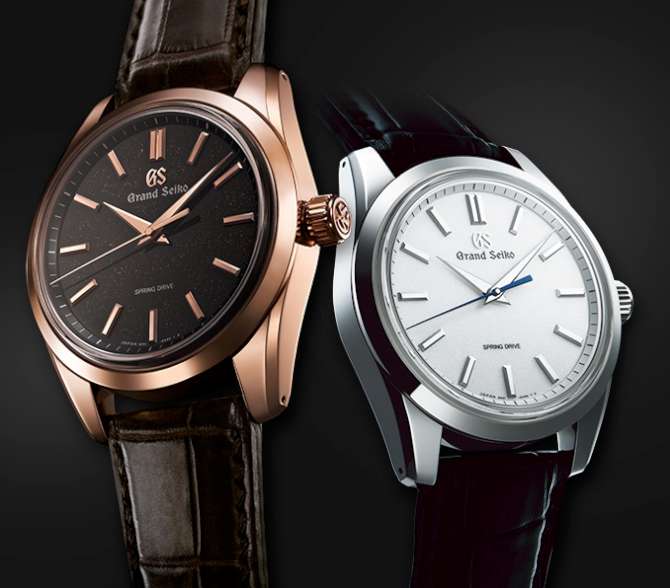