MotoGP is an important part of Tissot’s sponsorship activities, and every year the brand celebrates this partnership with a new watch. The Tissot T-Race MotoGP Automatic Limited Edition 2017 is dedicated to Spanish rider Jorge Lorenzo, currently riding for Ducati. It is large (45 mm across, 16 mm thick), bold in its black and rose gold PVD livery, and it has references to motorbikes everywhere. The subdials recall dashboard instruments, parts of the rear suspension appear in the brackets attaching the silicone strap to the case, and the strap itself has a tyre tread motif. 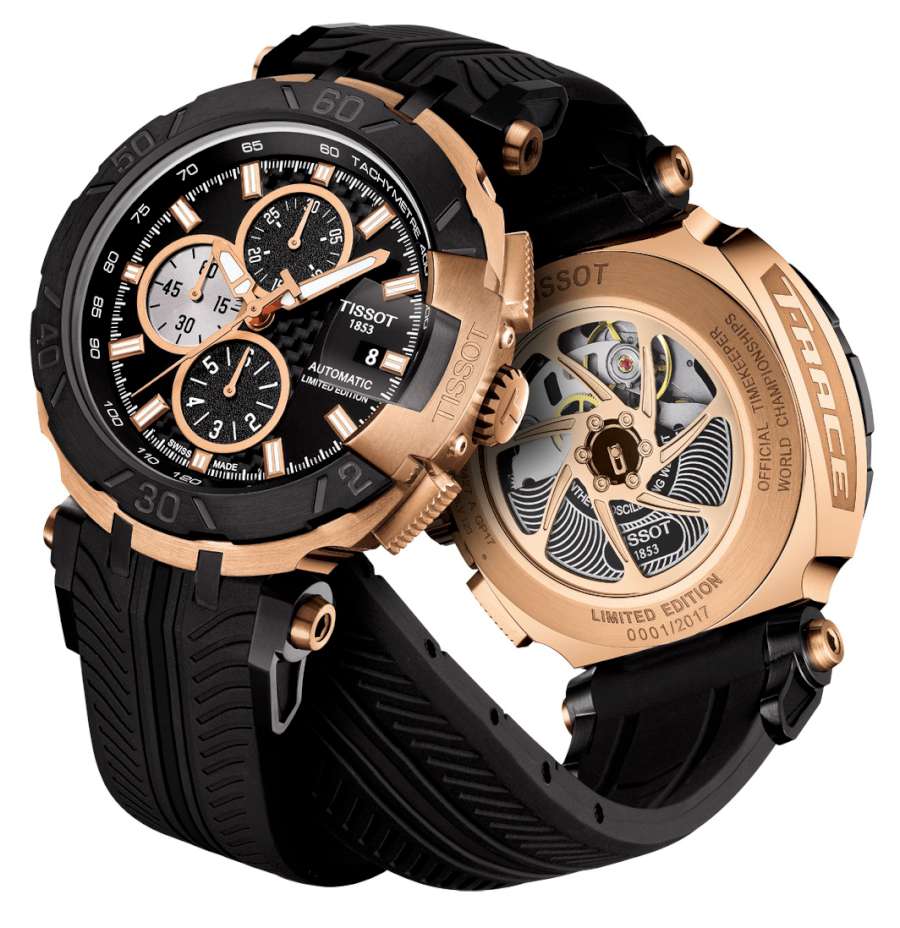 More motorbike references on the caseback

The brake disc appears on the bezel and also on the oscillating weight, visible through a sapphire window bordered by a wheel-like window. Curiously the rotor is actually labelled as such. The watch is supplied in a box in the shape of a helmet. It has a 10 bar, 100 metre water resistance. 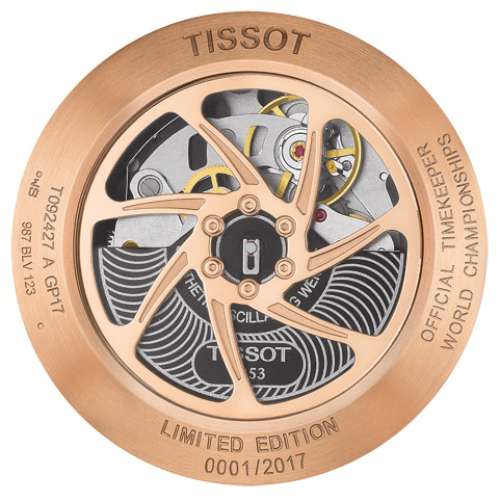 This watch has an interesting price, considering that it’s an automatic chronograph. But it’s more about appearance than function, as illustrated by some strange design choices. The chronograph minutes counter at 12 o’clock has just two markings for every five minutes, two and three, the seven and eight minutes and so forth. The seconds scale with its quarter-second divisions is incomplete because the large hour markers with SuperLuminova interrupt it. The chronograph seconds hand doesn’t quite reach the scale. But I like the big chunky hour and minute hands with their large areas for luminescent paint. The bezel rotates anti-clockwise but it’s difficult to imagine a function for this feature. Presumably the watch was designed specifically for a very young age group of consumers. 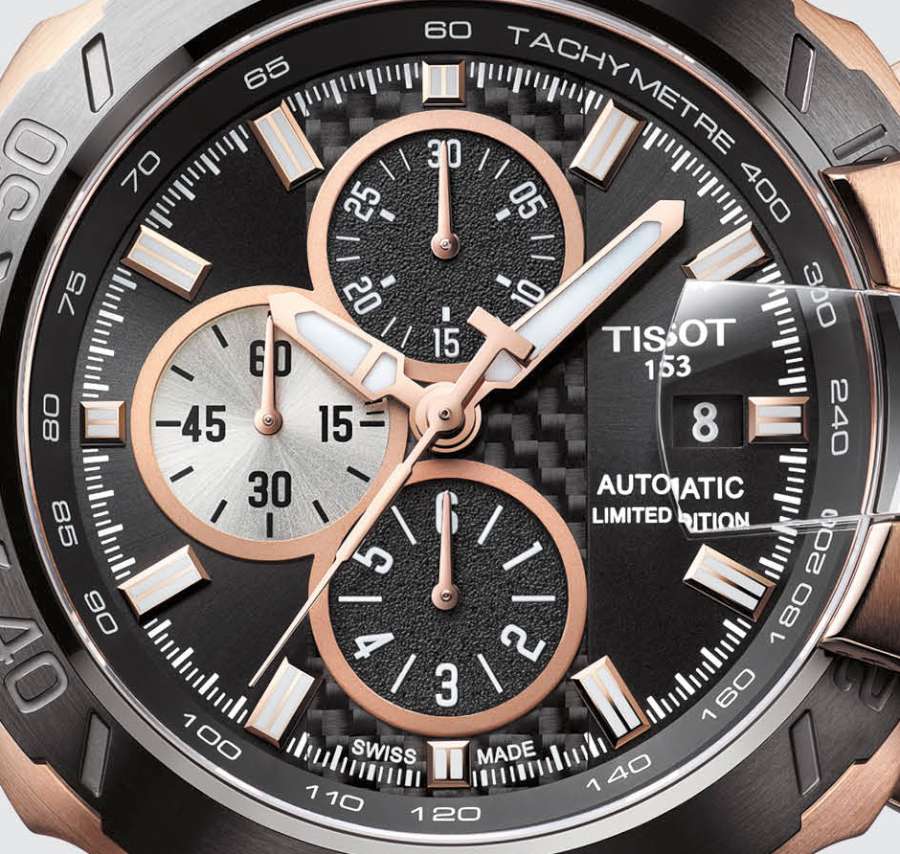 The Tissot T-Race MotoGP is powered by the C01.211 calibre made by ETA, with just 15 jewels and a power reserve of 45 hours. It runs at 21,600 vibrations per hour (3 Hertz), and it is substantially based on the historic Lemania 5100 movement, and, like that calibre, it has some plastic components. 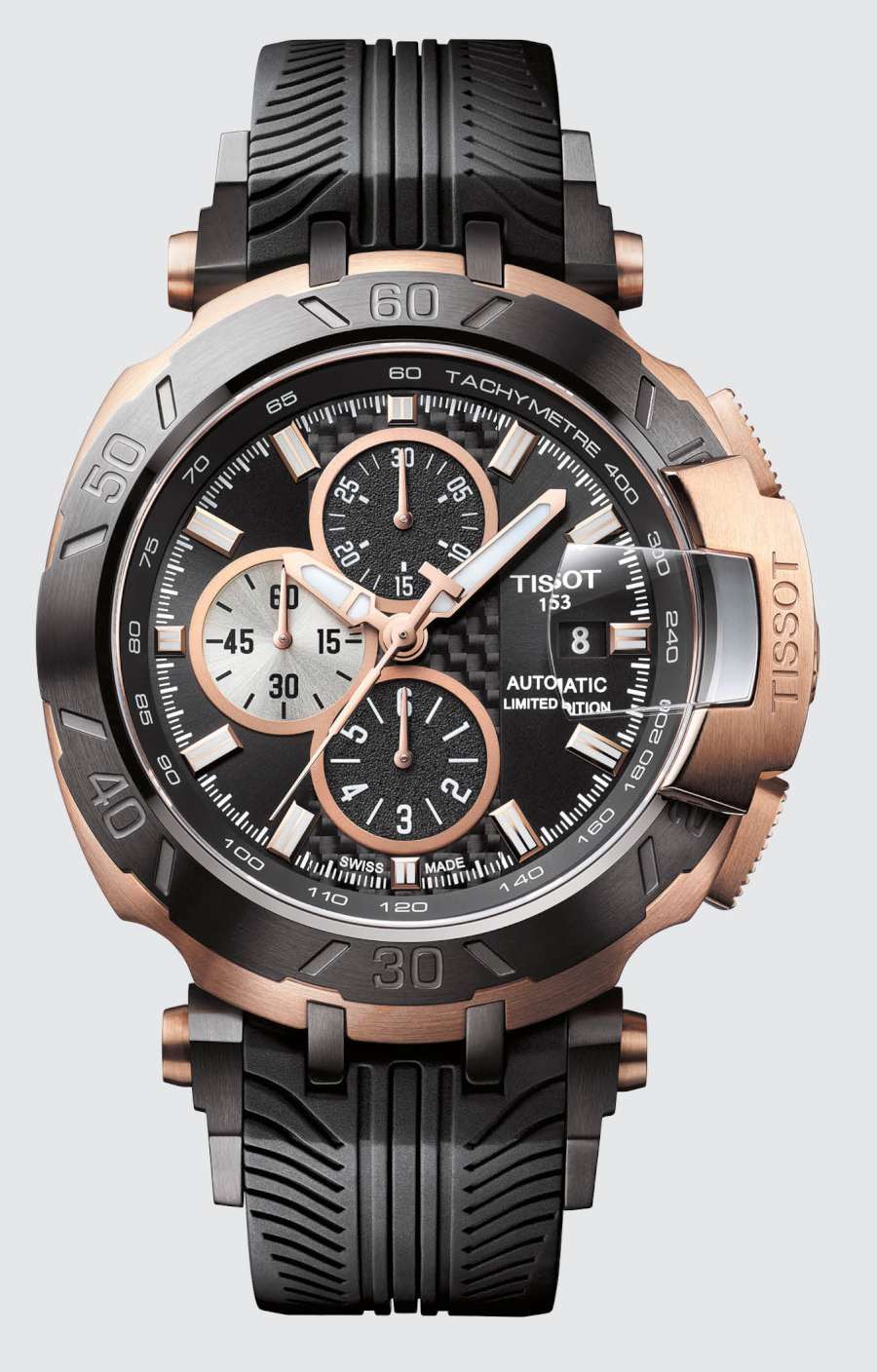