The watch named “Esmeralda Tourbillon à Secret” is a one-off tribute by Girard-Perregaux to a watch built by Constant Girard-Perregaux, the brand’s founder. It is sumptuously decorated throughout, and has a tourbillon movement based on Constant’s innovative design in which the bridges were placed in view as decorative elements. It is “Secret” in that the new version has a back case cover that hides the movement, visible through a sapphire caseback. 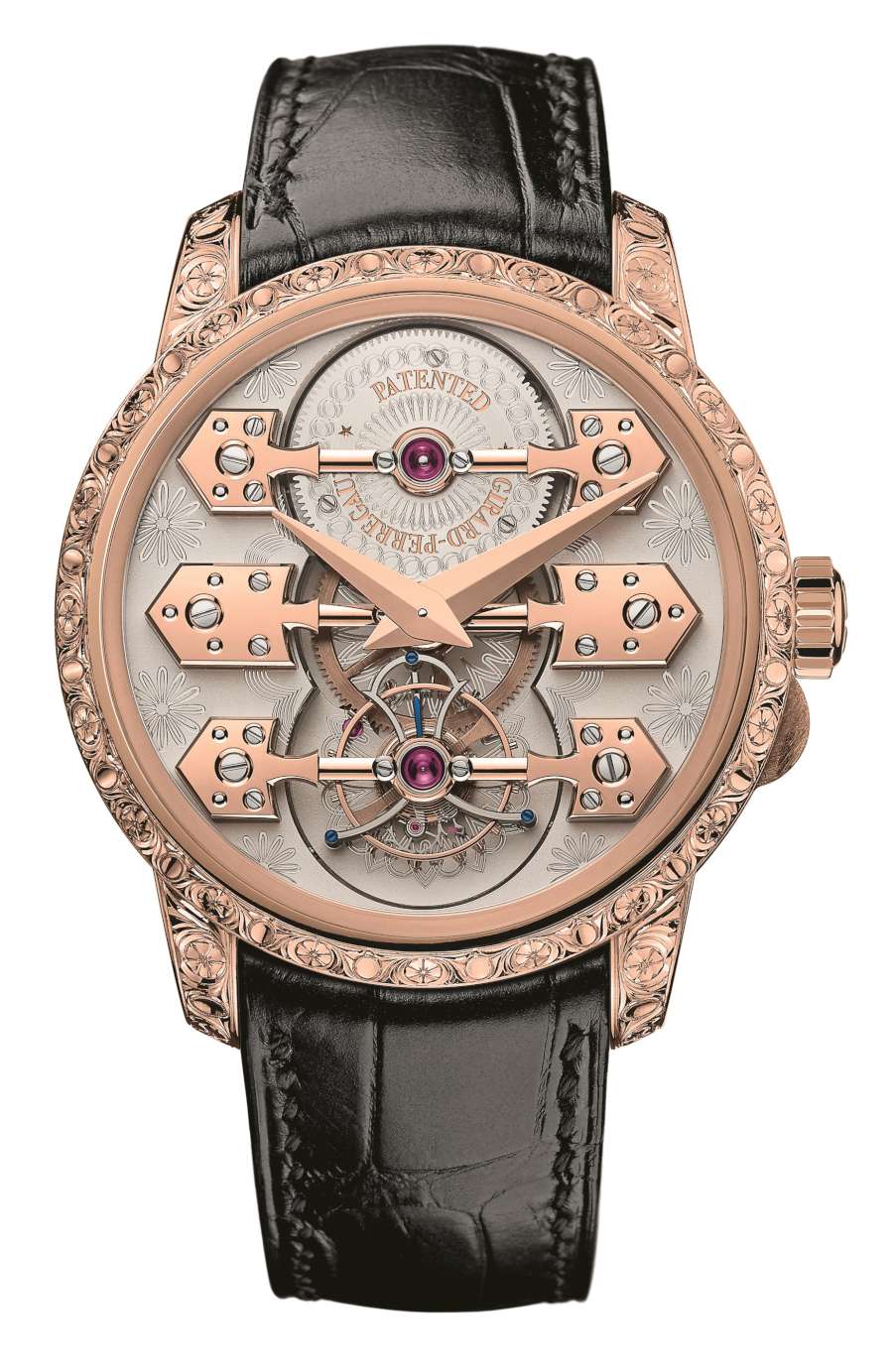 A watch with a long history

The original Esmeralda Tourbillon was made about 130 years ago by Constant Tourbillon and exhibited at the Universal Exposition in Paris in 1889. At that time it was an unusual pocket watch, with three arrow-shaped golden bridges bearing the movement. Differently to most watches, the bridges were not hidden, but became a decorative motif in addition to their purely structural and mechanical role. The watch was entrusted to the watch and jewellery agents Hauser, Zivy & Co. who had stores named “La Esmeralda” in Mexico and Paris. After a series of owners, it eventually became the property of President Porfirio Diaz of Mexico. His descendants put it on sale in 1973 and it was repurchased by Girard-Perregaux. 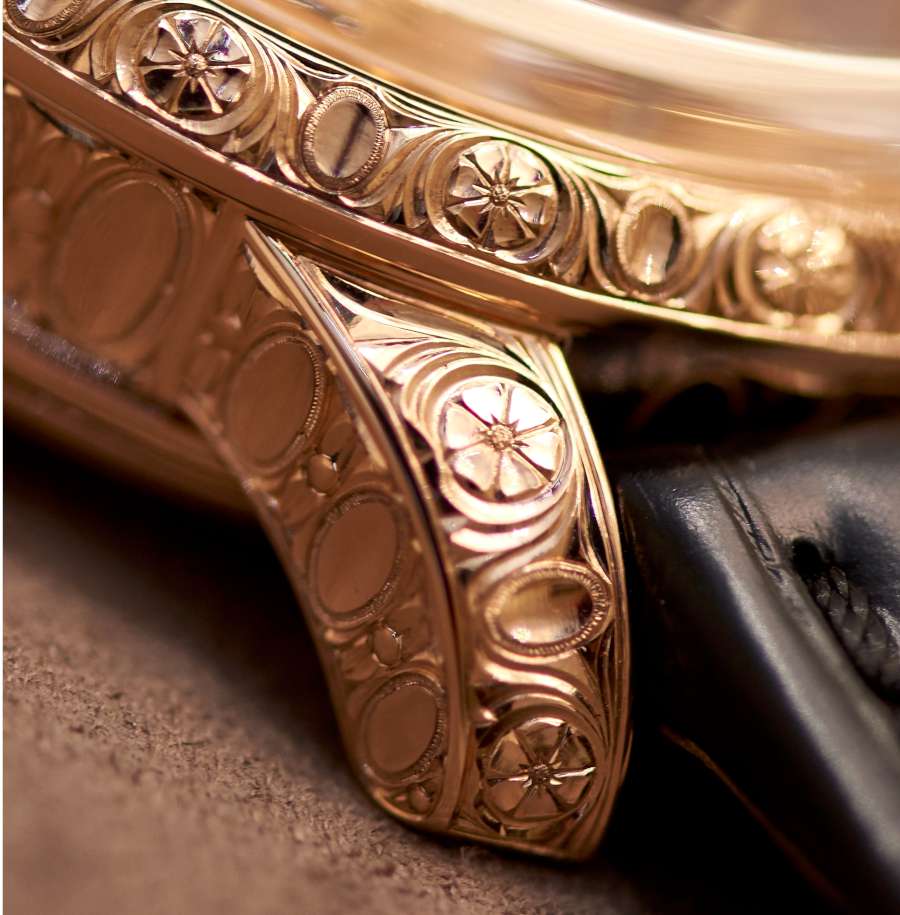 The new version presented at SIHH 2018 was inspired by the 1880s pocket watch. It is a single piece, assembled by a single watchmaker, and all components are hand-finished, with a hand-decorated upper bridge, a barrel engraved with a spiral motif, and intricate detailing throughout. The pink gold case is based on that of the original pocket watch, and it is large at 44 mm diameter and 15.25 mm thickness. Water resistance is 3 bar, 30 metres. It has a black alligator strap with triple folding clasp. 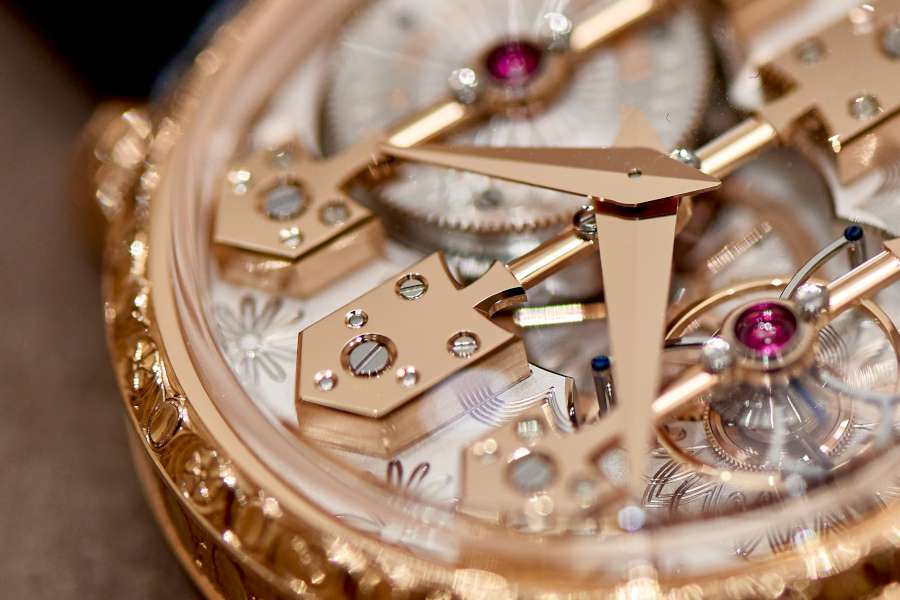 The tourbillon is in view at 6 o’clock. It comprises 80 components, with a cage weighing just 0.305 grams. The blued indicator on the tourbillon cage provides an indication of the progression of seconds. 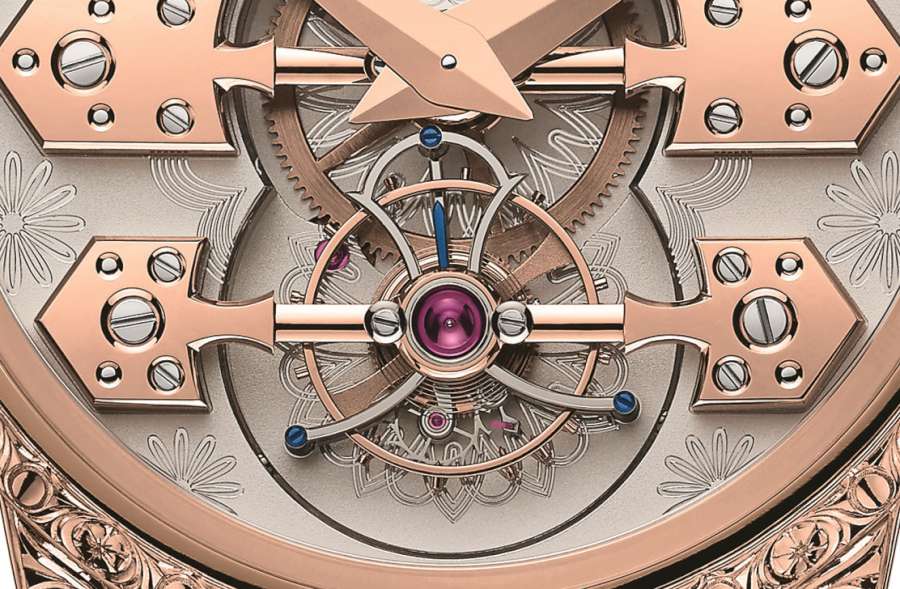 The caseback cover is a new feature with respect to the original and provides extra space for engravings, as well as allowing the owner to look into the movement. The original piece featured hunting scenes on the caseback, while the new version has a more politically correct decorative motif with three galloping horses. Inside, the engravings “Tourbillon” and “La Chaux-de-Fonds”. 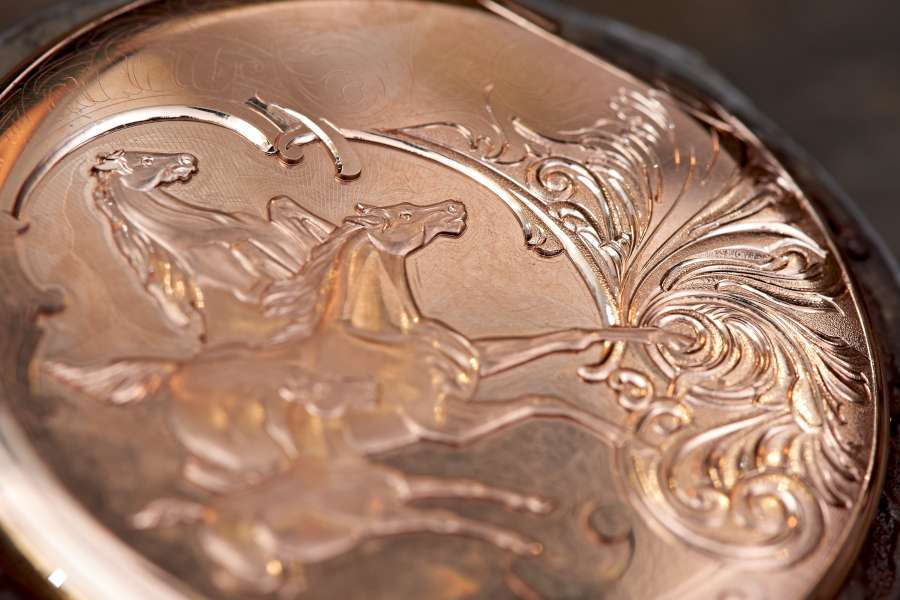 The watch is powered by the hand-wound movement GP09400-0014, in which the tourbillon balance runs at 21,600 vibrations per hour, 3 Hertz. The barrel contains an optimized mainspring that provides 60 hours power reserve. 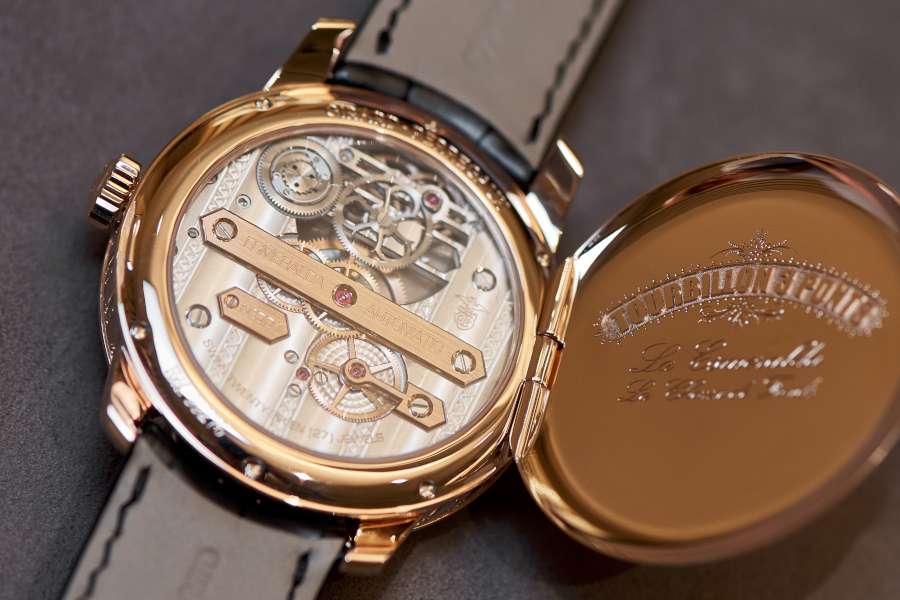 The watch La Esmeralda Tourbillon “À secret” by Girard-Perregaux is reference 99276-52-BA6E. It costs €257,000, and it is apparently still available, even though I suspect that it was made to commission. Further information from the Girard-Perregaux website.