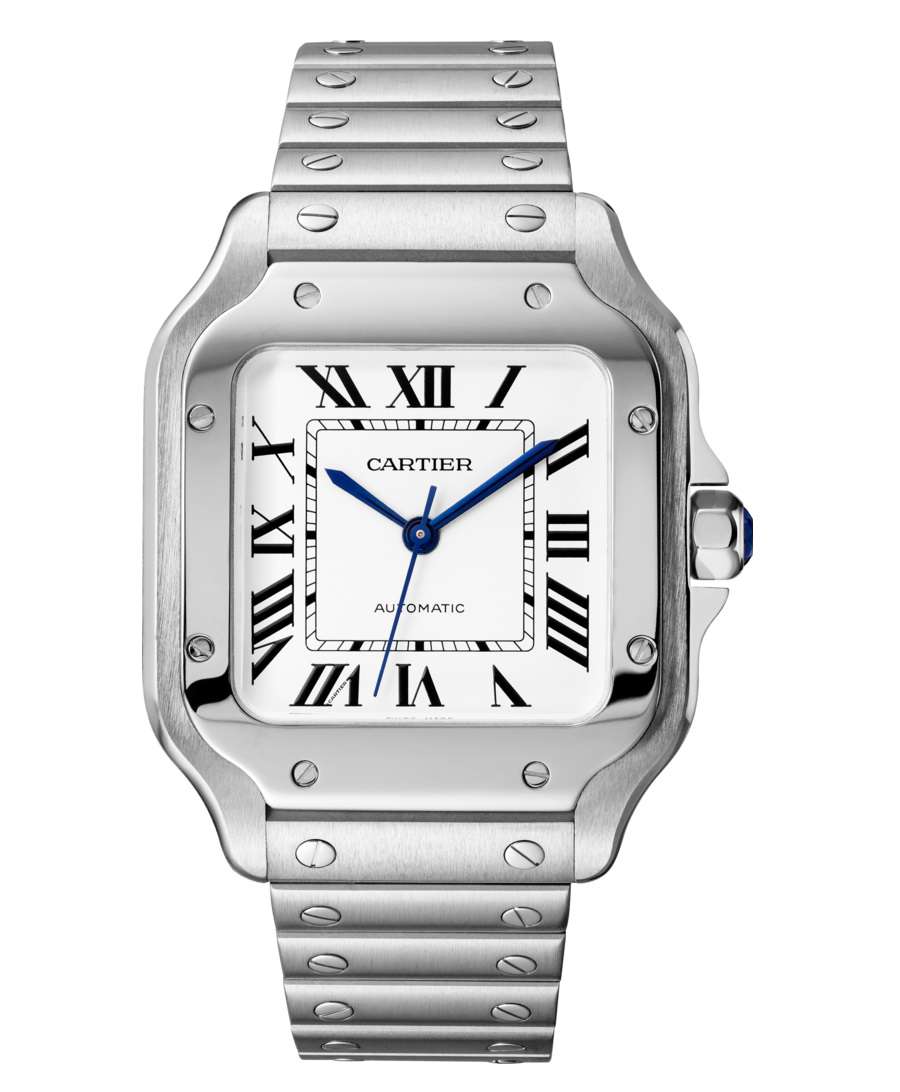 Putting a timepiece on the wrist

Santos saw the light following a conversation between Louis Cartier and Brazilian-born aviator Alberto Santos-Dumont. Born in 1873, he moved to Paris with his family in 1891 and began experimenting with flying machines, initially hydrogen-filled airships, and later, heavier-than-air craft. He became famous in France when he won the Deutsch de la Meurthe prize for the first flight from Parc Saint Cloud to the Eiffel Tower and back in less than 30 minutes. on 8 August 1901. It was probably soon after this event that he told Louis Cartier about the problems he had with conventional timepieces, pocket watches, difficult to consult when he was busy with the controls of his craft. Three years later, Louis Cartier presented him the the solution, a watch with a leather strap that could be worn on his wrist. 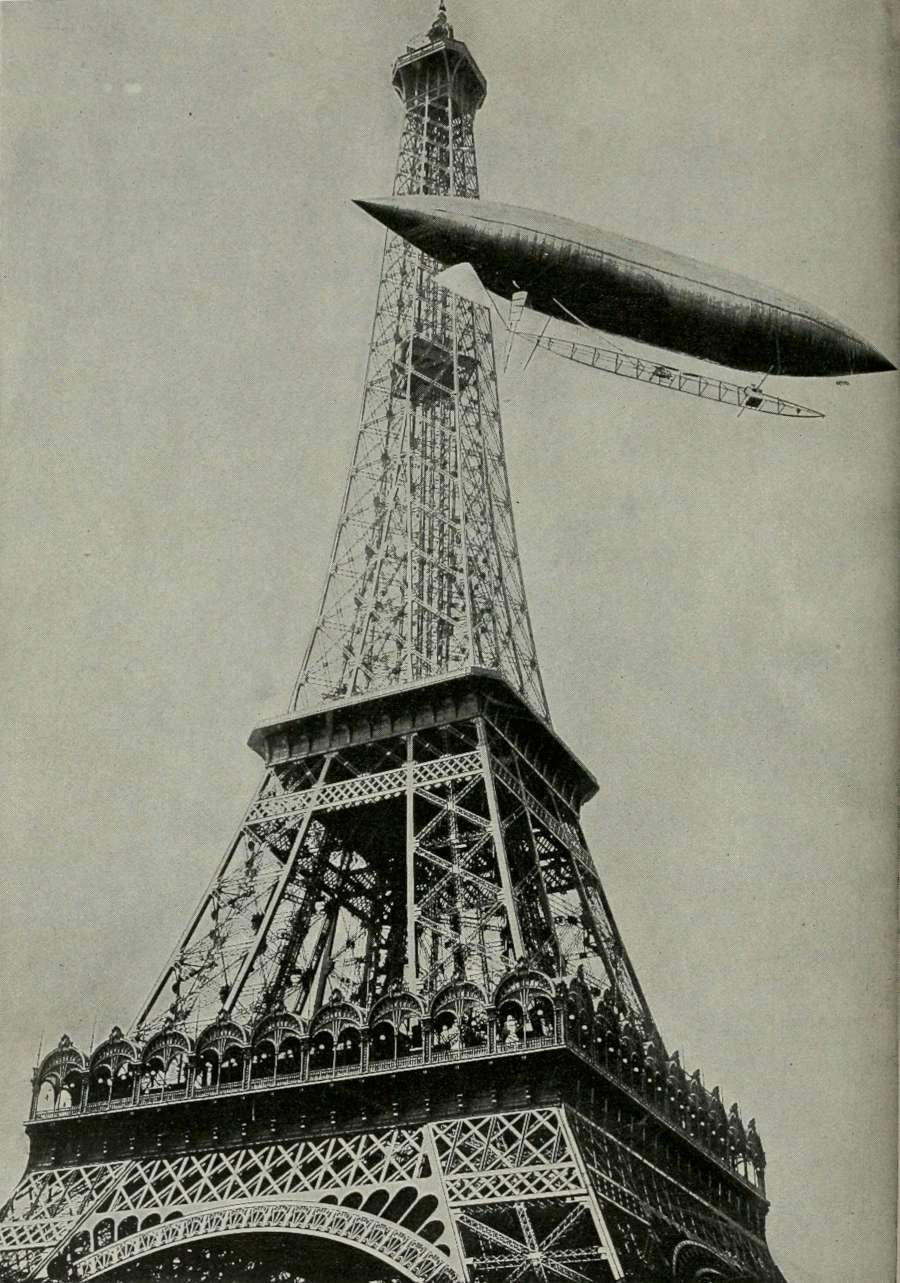 By the time he made his first flight in a heavier-than-air aircraft, his own 14-bis which, on 23 October 1906, flew for 60 metres at Château de Bagatelle in the Bois de Boulogne, he was already a celebrity. He was often depicted in newspapers, in photos showing him wearing an unusual style of dress, including high collars, a cap worn backwards, and cables that he attached to the controls of his flying machines. They also showed him wearing his timepiece with a leather strap, which was daring for the times because “wristlets,” though already in existence, were considered as something exclusively female. Men wore pocket watches on metal chains. Santos-Dumont brought the wristwatch to the public’s attention and helped it gain ground, a process that would be completed by its use by the armed forces in the First World War. 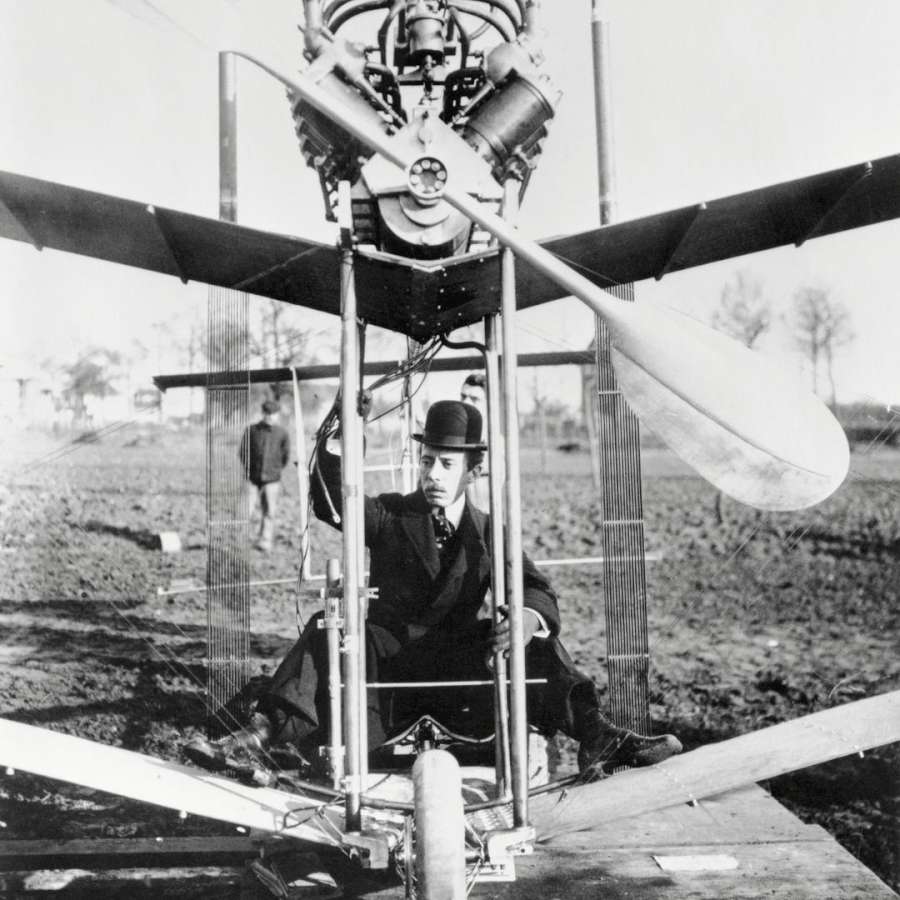 Origins of the Santos shape

The original Santos had a design that was unusual in its day, with a square case, smooth bezel with visible screws, and dial with Roman numerals printed in black on a white enamel background. Cartier suggests that its shape was derived from the square plan of the Eifffel Tower. There doesn’t seem to be any documented evidence of this. But the exposed screws are probably a reference to the age of engineering and the use of steel in buildings like the tower. As round cases had been the usual shape for pocket watches from when they first appeared, a square shape was a sign of modernity. The next watches to be produced with shapes differing from round were a tonneau-shaped watch by Vacheron Constantin in 1912, and another square watch, Tank, by Cartier, 1917. 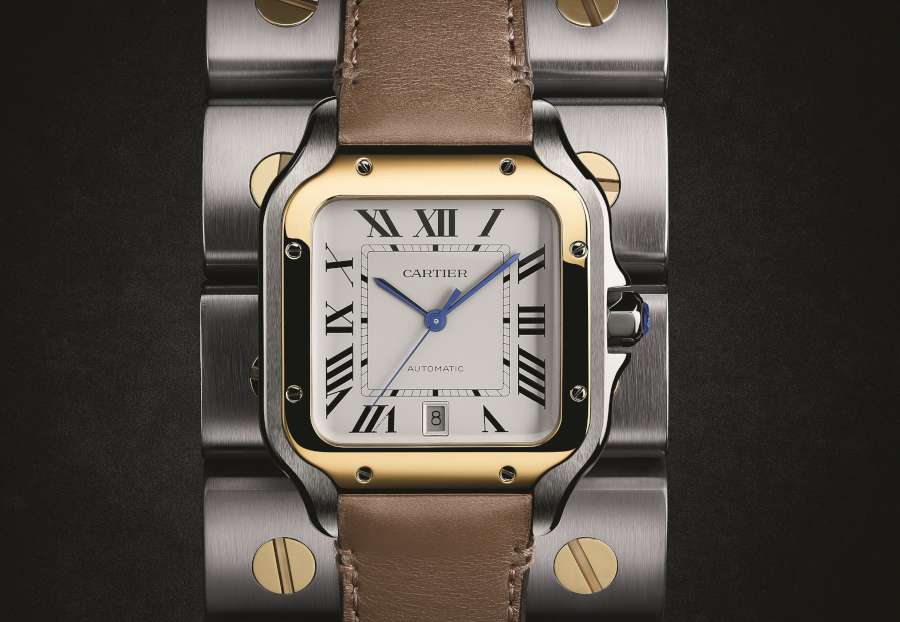 Cartier was founded in 1847 as a jewellers, but it quickly developed expertise in watches. The watch that Louis Cartier made for Santos would have had a hand-wound movement probably made by Edmond Jaeger, French movement maker, who designed many watches for Cartier and worked extensively with Jacques David Le Coultre, a collaboration that would lead to the Jaeger-LeCoultre brand in 1937. Cartier signed an agreement with Jaeger for exclusive movement supply in 1907. The new Santos de Cartier is powered by the calibre 1847 MC, an in-house movement with some modern characteristics such as anti-magnetic nickel phosphorus components, and a shield made in a paramagnetic alloy that provides resistance to magnetic fields. The movement can’t be viewed: Santos de Cartier has a solid caseback. 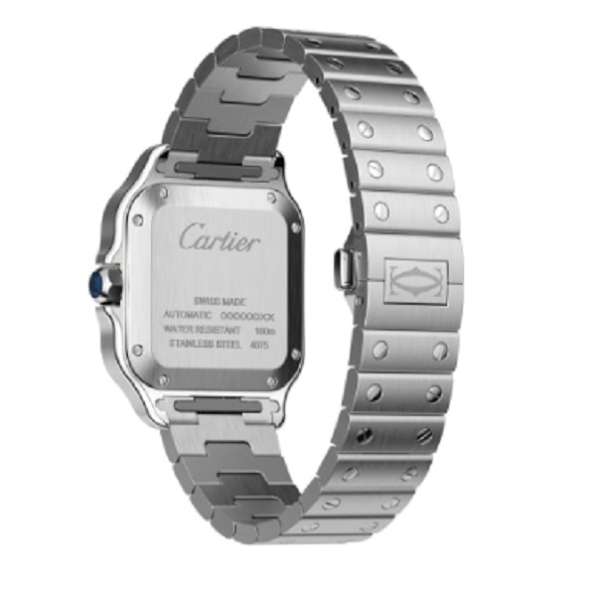 The watch has a good water resistance of 10 bar/100 metres, meaning that it could be taken into the water for surface swimming. This is achieved by the screw-down caseback. The design of the watch has been updated with a flowing case design that incorporates protection for the crown, which is decorated with a faceted synthetic spinel. 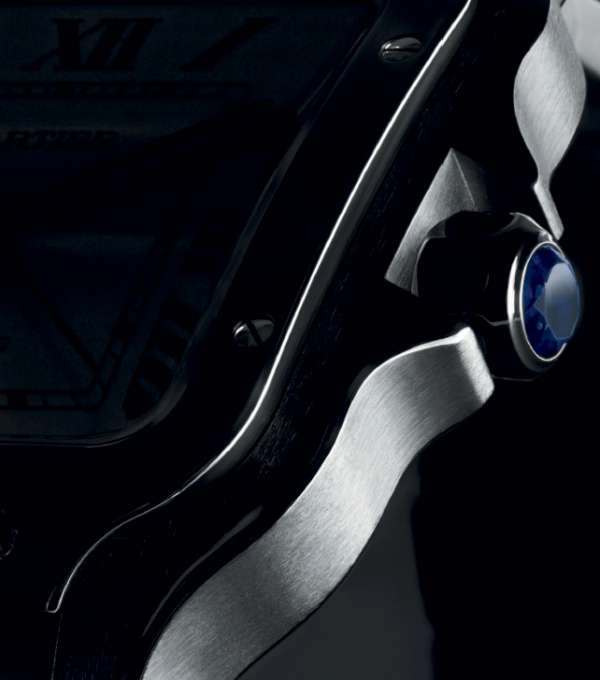 In addition to the steel bracelet, a second calfskin strap is supplied with the watch. The Cartier QuickSwitch system enables the user to change them with a simple pressure under the strap, and the brand have a wide range of strap colours and materials allowing for substantial personalization. The bracelet also features the SmartLink system, enabling links to be removed from the metal bracelet to get a perfect fit. 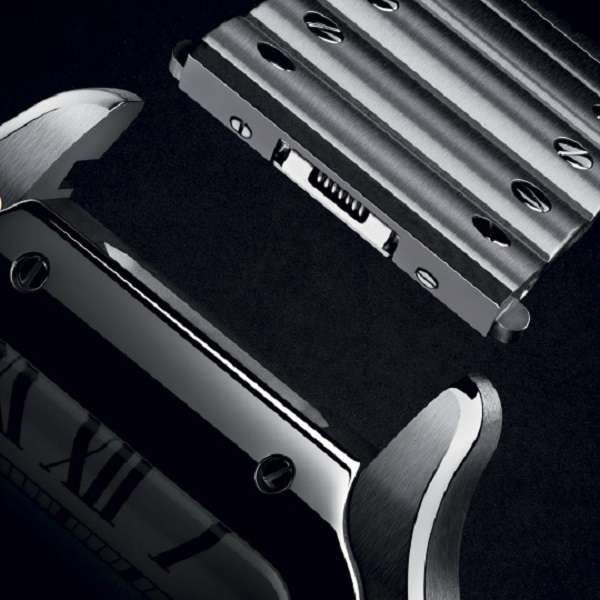