Bubble is an important part of Corum‘s heritage and every year many new versions of this watch are issued. With their big domed sapphire watchglass, they are always large and bold. With a 52 mm case, over 20 mm thick, it’s not the discreet dress watch that slides under your shirt. More than most, it’s a statement. The watchglass creates some interesting optical effects. 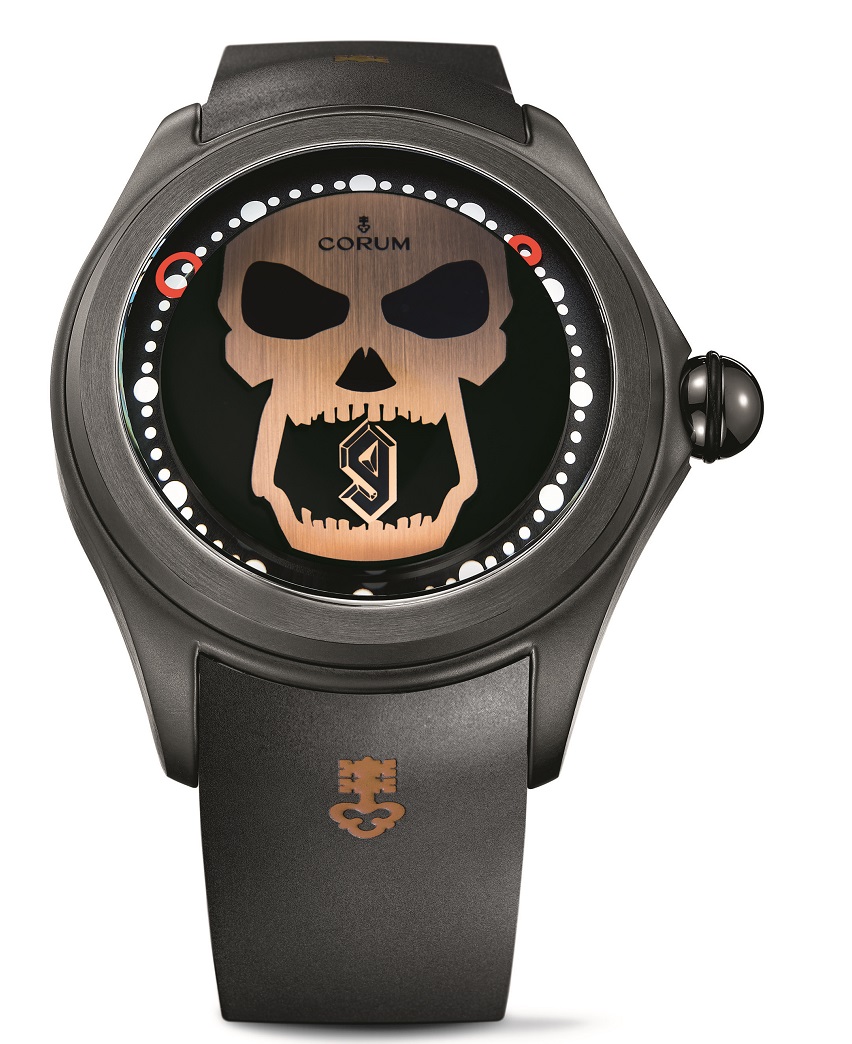 This piece is dedicated to Djibril Cissé, French footballer whose career included clubs Auxerre, Liverpool, Panathinaikos, Lazio, Sunderland, Queens Park Rangers, Olympique de Marseille and others, before retiring in 2015 and then returning to the sport with Swiss club Yverdon. Cissé already owned a Bubble, and so his idea of a collaboration was enthusiastically embraced by the company. 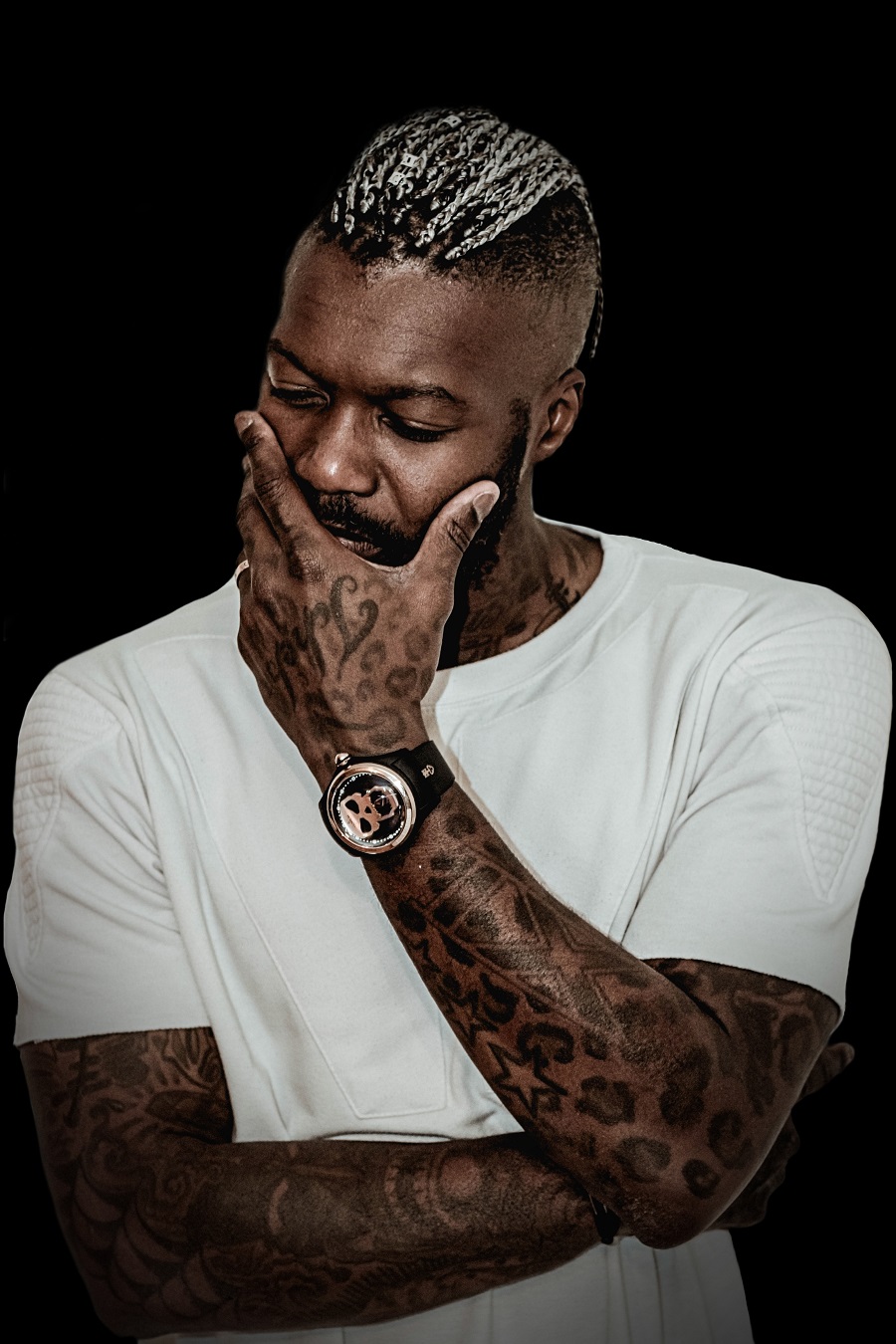 Unusual display for hours and minutes

The result was a piece featuring a brass skull, designed specially for him by Corum, and including the number 9 that he wore on his jersey in all his matches. The interesting feature of the watch is the display, with no hands, but a flange with two red circles, the larger one indicating the hours, the smaller the minutes. 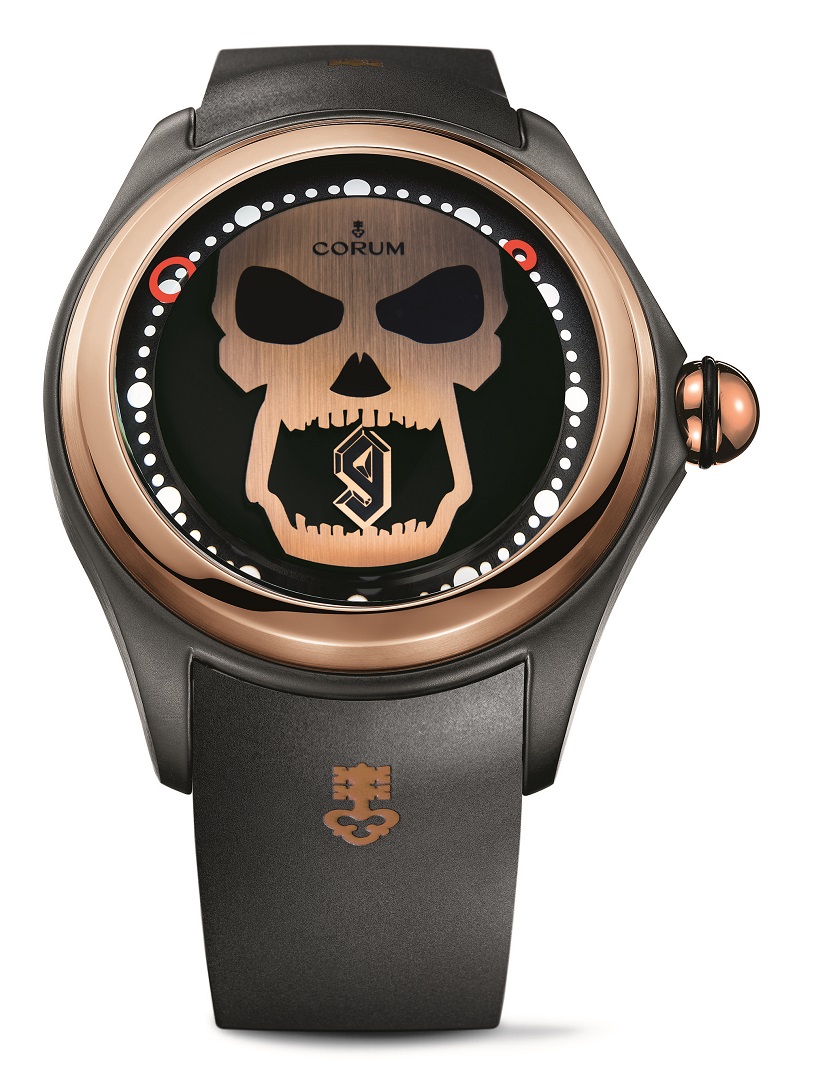 The case is in titanium, with a sapphire caseback revealing the movement, and a vulcanized rubber strap with stainless steel pin buckle. The case and buckle are finished in black PVD, and a version has bezel and crown plated in 5N rose gold.

The movement is the self-winding CO 390, with 65 hours power reserve, running at 4 Hertz, 28,800 vibrations per hour. It is made by Soprod as the A10, with the same dimensions as the ETA 2892, but very similar to the Seiko 4L also intended as a drop-in replacement for the 2892. Corum haven’t provided an image of the caseback but presumably it will be something like the watch below, image courtesy of https://www.righttime.com 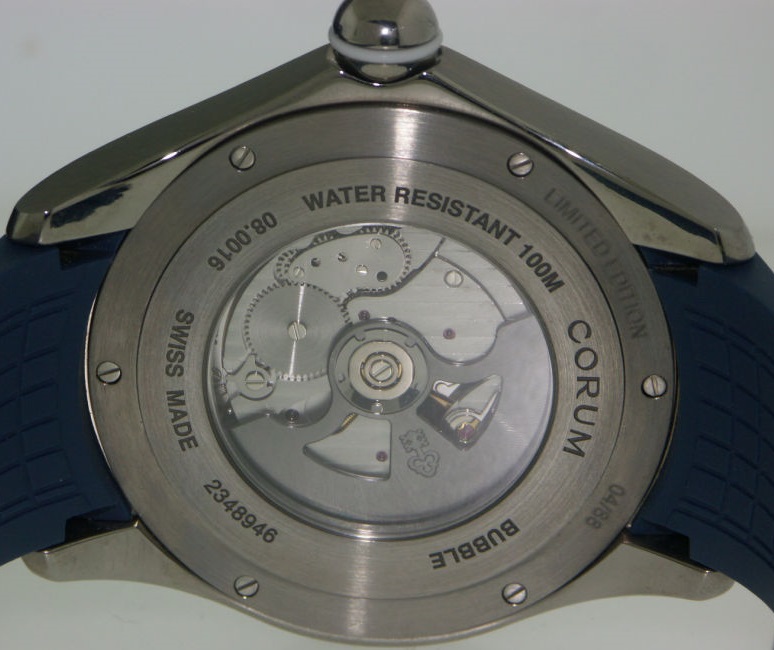