What do watches have in common with sex? A semi-serious look at the different levels of watch sexiness, from the virtuous modesty of Rolex to the full-frontal nudity of Roger Dubuis.

A watch is more than a pretty face. In addition to the dial, hands, numbers and case, it has the fascination of an intricate mechanism that can exert the same fascination as steam locomotives or the engines of high-powered cars. I suspect that mechanical attraction is very much a man thing, and after all, mechanical watches are generally for men.

Rolex is absolute sobriety. Perhaps because it was founded in London by Hans Wilsdorf, it’s approach could be described as “No sex, we’re British,” though he moved his company to Switzerland in 1915 and Rolex is now entirely Swiss. The beauty of a Rolex is its mechanical perfection, its reliability. No trace of the movement either on the dial or the reverse. Rolex’s casebacks are always solid. For Rolex, this virtuous Victorian English modesty pays dividends: it is the number one watch brand in the world. Read more about the history of Rolex here. 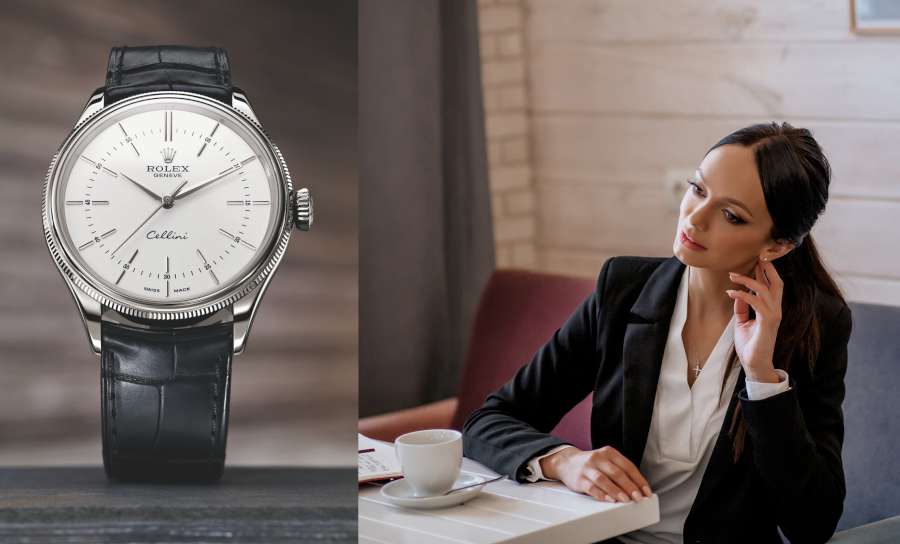 For your eyes only: the display caseback

A. Lange & Söhne makes watches that are absolutely chaste when seen from the front, and then a feast for the eyes when you turn them over. The sight of a Lange movement seen through the sapphire crystal display caseback is pure potent sexy watch attraction. Turning over a Lange watch and peering into the intricacies of the movement is like that magical moment when for the first time your girlfriend, wife-to-be, wife or whoever grips the hem of her T-shirt and lifts it up and over her head, leaving you gaping, grateful, enchanted. Most brands use display casebacks to make their watches sexier. But it all depends on the movement. Many watches are a disappointment when you see their industrial-finish calibre, with most of the space taken by the oscillating weight. Read about the Lange Triple Split here. 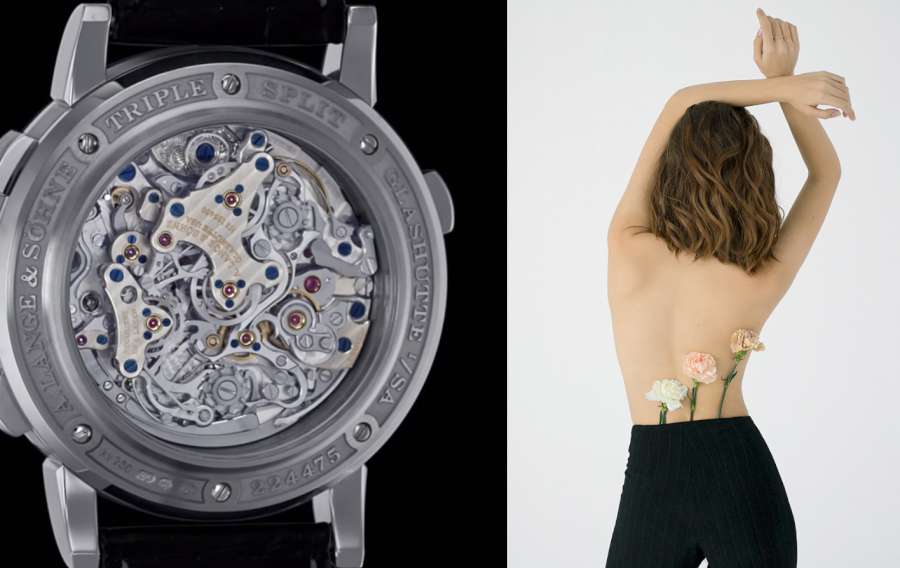 Open-heart watches: the allure of a glimpse

You know the ones I mean, the watches that have a hole on the dial that provides a view of the balance. Personally I’ve never been attracted to these watches, and it’s only recently that I have asked myself why. For me an open-heart watch is like those girls who wear distressed jeans, with holes torn in them revealing flashes of leg. I prefer the sight of a well-proportioned pair of legs below the hemline of a skirt, or shapely legs in a pair of intact jeans, rather than the ripped compromise. In addition, open-heart watches are like the poor man’s tourbillon. But a lot of brands make them, and there are a lot of cheap Asian-made watches like this. I would guess that it’s a popular format in China. 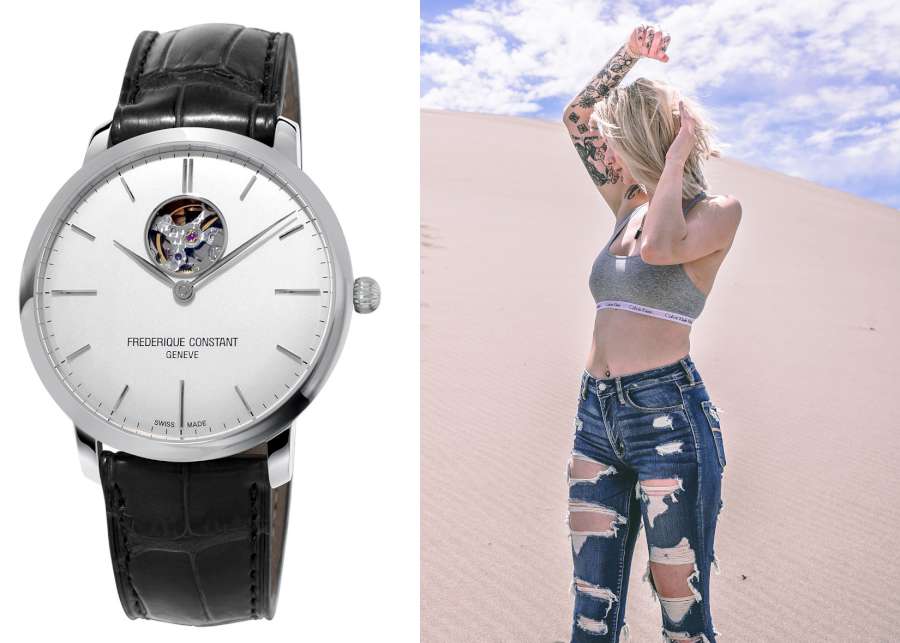 A bit more, seen through a veil

Another category of mechanical allure comprises those watches in which you can see something of the movement through the dial, but only a suggestion, because it is hidden by a mesh or a grid of some sort. Panerai makes some watches like this, and Rado. It’s comparable to Miss Wet T-Shirt competitions, but in the case of watches, you can’t see much at all. Sometimes they do it to create an automotive feel, with the mesh recalling the radiator grilles of cars. Very often for the cheaper watches it’s a way of showing that it’s a mechanical watch without having to bother too much about how simple the movement is, and its finish. 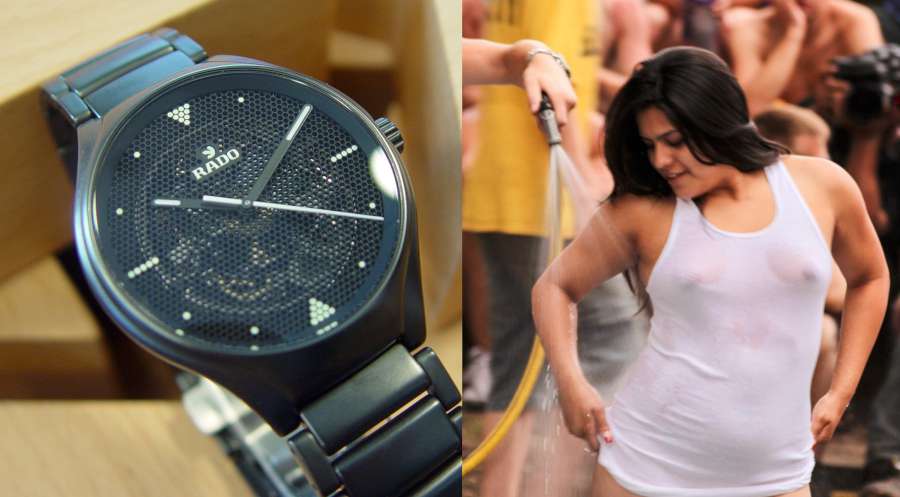 If a watchmaker makes a tourbillon, he generally wants it seen. It becomes the focus of the watch, and so most tourbillon watches have a circular hole on the dial. It’s like dresses with a plunging neckline that reveal more than you would normally expect. Sometimes watchmakers have a sense of guilt or impropriety about this, and so (for example) Laurent Ferrier presented his first watch with a tourbillon visible dialside only a year or so ago, after a lot of soul-searching. This piece is shown in the photo below, and it is described here. 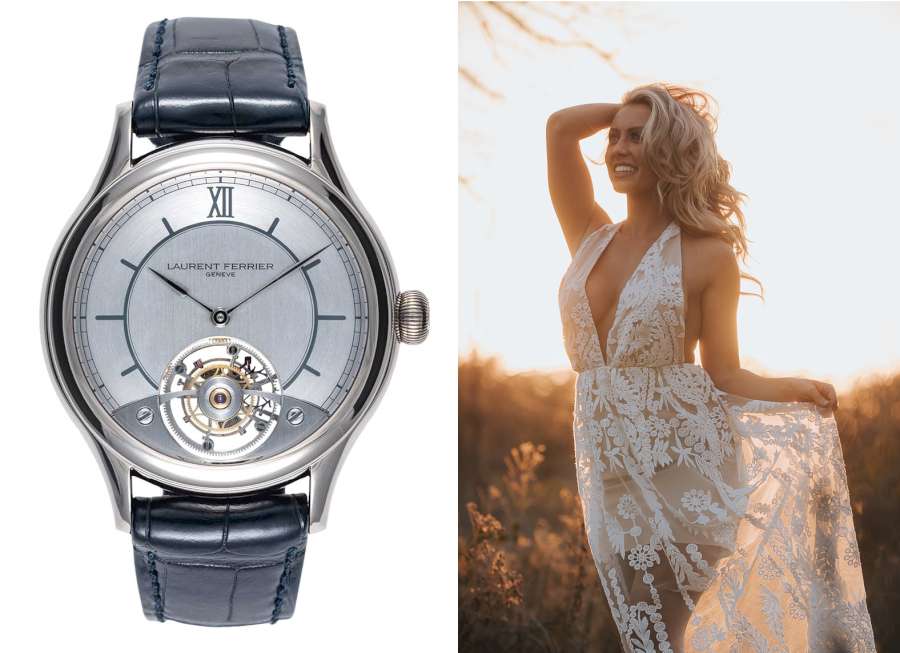 Skeleton watches leave nothing to the imagination. Everything is there to behold, through the dial and through the caseback. For brands such as Roger Dubuis, naked perfection has become a hallmark of their watches. It’s Always a delight to stare at a watch like this and see the way in which the movement designer has been able to distribute the gears around the star shaped bridges. And some genius watchmakers such as Vincent Calabrese have an uncanny brilliance at being able to mould movements in any shape he wants, whether the straight line of his Golden Bridge for Corum, or the letters of his watches personalized to match his customers’ names. 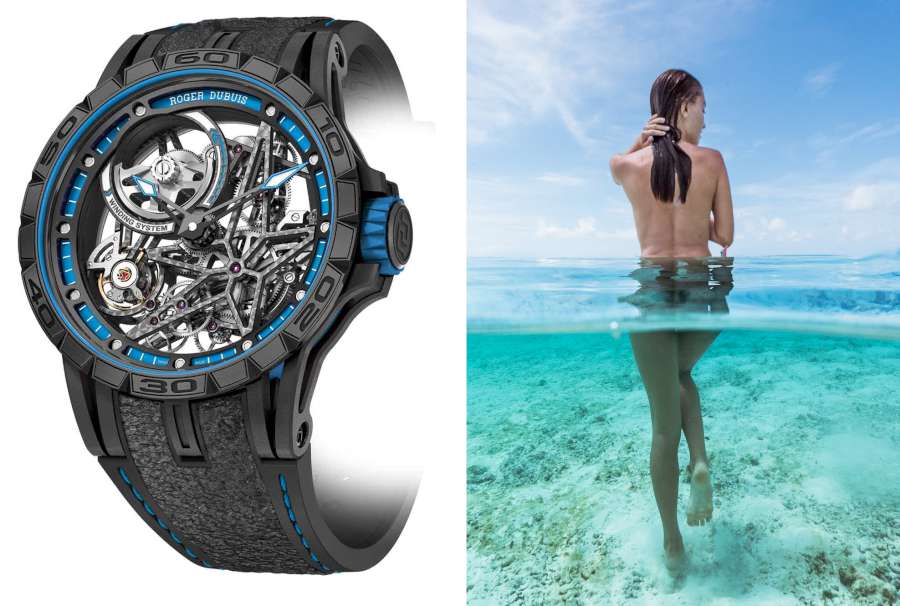 The subtle art of striptease

The gradual removal of a watch movement from its case, stripping it down to its bare essentials, is a pleasure available only to watchmakers. But you can get an idea of this form of mechanical striptease from a website like The Naked Watchmaker in which Peter Speake-Marin reveals the inner marvels of the watches that he analyses. Oh, yes, watchmaking is definitely a sexy business.