A lot has been happening lately at Harry Winston. The jewellery brand was bought by Swatch Group in March 2013 for $750 million, plus the assumption of $250 million pro forma debt that brought the price tag to $1 billion. At Baselworld, the brand celebrated their new CEO Nayla Hayek, and announced something that made watch fans happy: that the Opus series would continue, and that the latest creation in this series featuring the work of independent watchmakers would be presented later in the year. Another series that is continuing is Zalium, a project that began in 2004 in order to create modern, innovative watches using the alloy that was invented by Ronald Winston (Harry Winston’s son), an engineer specializing in zirconium alloys used in jet and rocket engines. The Zalium alloy is harder and lighter than titanium, and it has a subtle grey gleam that makes it interesting when used in watches. It is a Harry Winston exclusive.

Project Z8 Dual Time is an automatic watch, powered by a movement that reflects Harry Winston’s arrival in the Swatch Group: Calibre HW3502 is based on Blancpain’s calibre 1150. In actual fact, the movement was originally the Frédéric Piguet 1150: the historic movement-manufacturer Frédéric Piguet purchased Blancpain in 1982, and then Piguet-Blancpain was itself subsequently purchased by Swatch Group. Blancpain will be making the movements for Harry Winston watches from now on. The HW3502 has been modified to provide the dual time functon, and it’s above all the dial layout that makes this watch intriguing.

The main subdivision is into home time, on a conventional subdial at 1 o’clock in which blue is the dominant colour, and local time, red, with a retrograde indicator whose hand in anodized aluminium is skeletonized and also has a three-dimensional curvature. The home time subdial has a day/night indicator at 3 o’clock, and a spider-web-type central area that reveals glimpses of the movement below. Below this subdial is the shuriken, a feature of all Zalium watches: this circular motif of Japanese origin is like a continuous seconds indicator and its function is to show that the watch is operating correctly. At 5 o’clock, you can read the date on a ring that further to the left is partly hidden by more openwork. The crown can be used to adjust the time in both directions.

The whole dial has a great sense of depth, with visual interest enhanced by the use of different colours and metal finish. One feature of the dial remains mysterious to me: the small red and white circular indicator peeking out from under the home time subdial at 10 o’clock. I’ll ask the people at Harry Winston and update accordingly, and I’ll try to find some more images of the back and movement.

The Zalium case is 44 mm in diameter, as for all Zalium watches except for Z5 which was 45 mm. It has a black rubber strap. Made in a limited edition of 300 watches, its price is CHF 18,000.

Harry Winston began making watches in 1989, and they opened their watchmaking facility in Geneva in 2007. 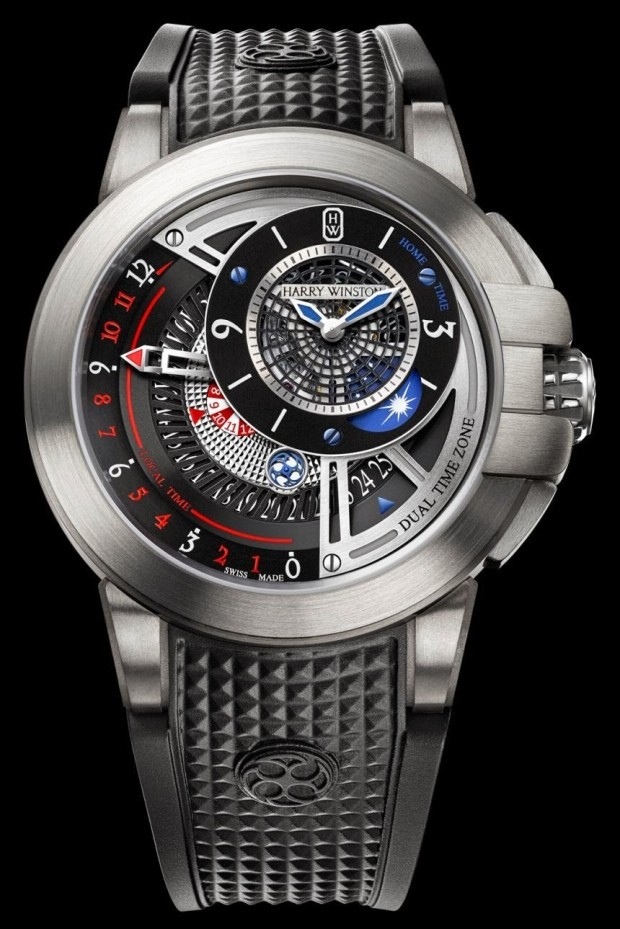 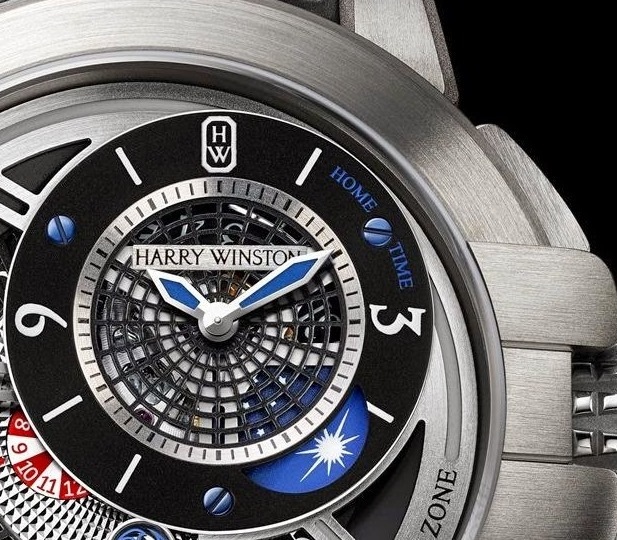 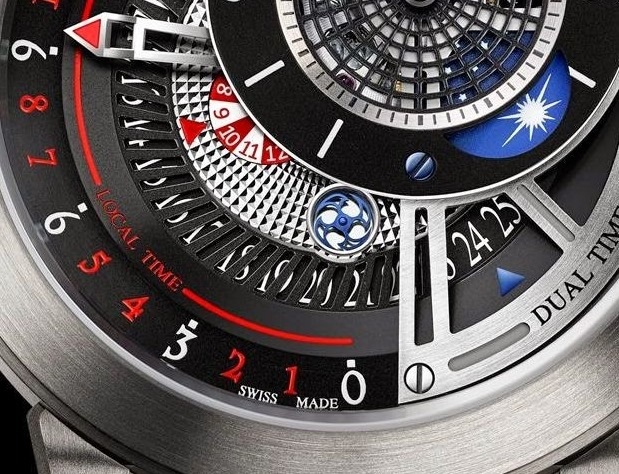 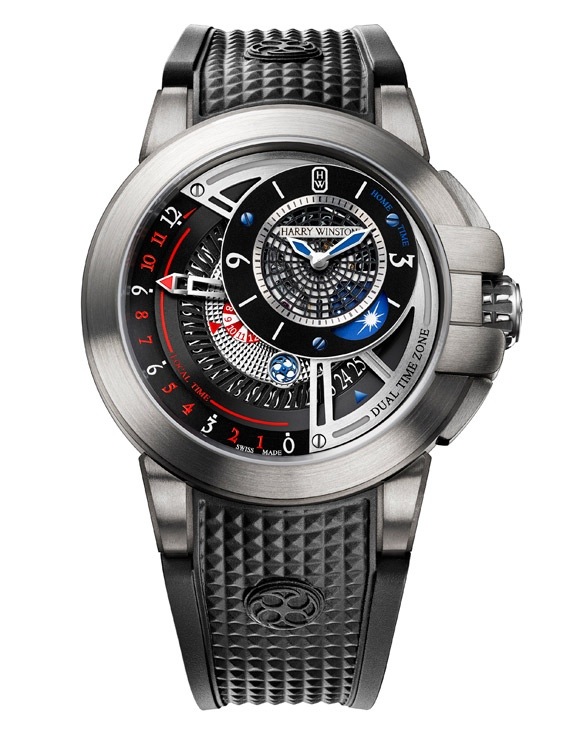 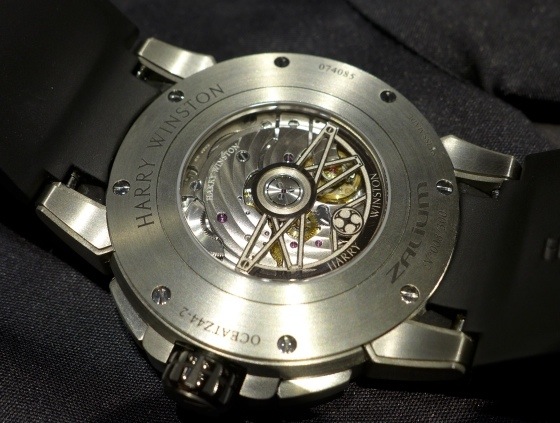