All watches are interesting as tiny marvels of engineering, but a few brands have something extra in their DNA that turns their company history into a story worthy of a Hollywood film. A. Lange & Söhne is one of those brands. Founded in 1845 in Glashütte, near Dresden in Germany, over the course of a century it built a fine reputation, but everything came to an abrupt halt with an air-raid on the last day of the Second World War that severely damaged the works, followed by the expropriation of all company property by the Soviet rulers of what had become East Germany. The brand disappeared for 40 years, and only after reunification of Germany could the founder’s great-grandson Walter Lange bring the company back to life. Its first range of watches was presented in 1994. These were the Lange 1, the Arkade, the tourbillon Pour le Mérite, and the Saxonia, and they provided the answer to what Walter Lange and his team had been asking themselves: what would a Lange watch look life if the brand had continued operating over the past 40 years?

At SIHH 2015 in January, A. Lange & Söhne will present three new versions of the Saxonia family, with new dial design. A comparison of the previous versions (2011) and the 2015 versions show that the changes are rather subtle, moving further towards Max Bill-type Bauhaus minimalism. Below, the Saxonia, with the new 2015 version on the right: 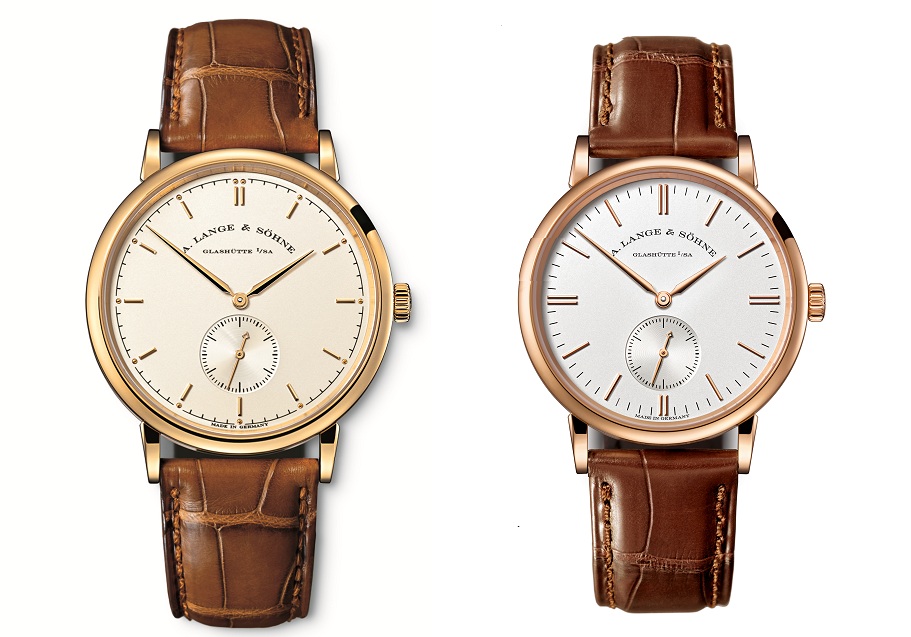 The 2015 version has slightly longer hour indices, double baton indices at 12, 3, 6 and 9, and a new design for the minute track. The case size has also been reduced slightly to 35 mm. The Saxonia remains perfect as a dress watch, with a case thickness of 7.3 mm, and equally the Saxonia Automatic at just 7.8 mm thickness.

In the case of the Saxonia Dual Time below, the changes are similar, with the addition of numerals for tens of seconds on the small seconds subdial at 6 o’clock (2015 version on the right): 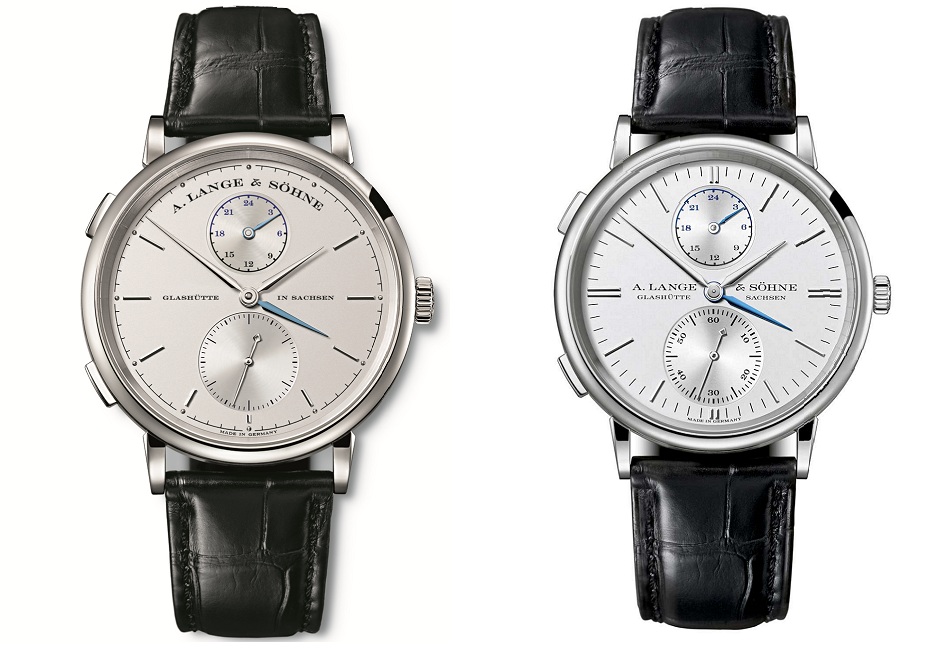 These may seem like very small changes for an SIHH preview announcement, but this is the way that the A. Lange & Söhne gradually bring their watches to contemporary perfection. A view of a 1999 version of the Saxonia shows how design has changed over a relatively short space of time: 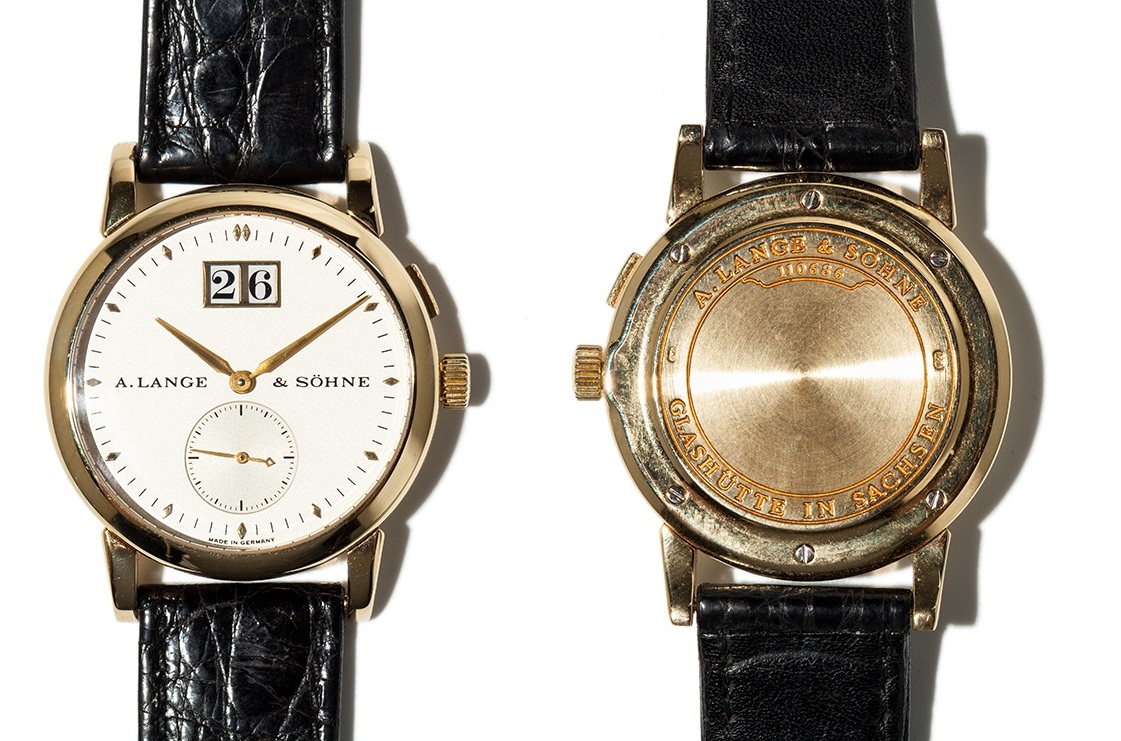 Here is a photo of the three new models: 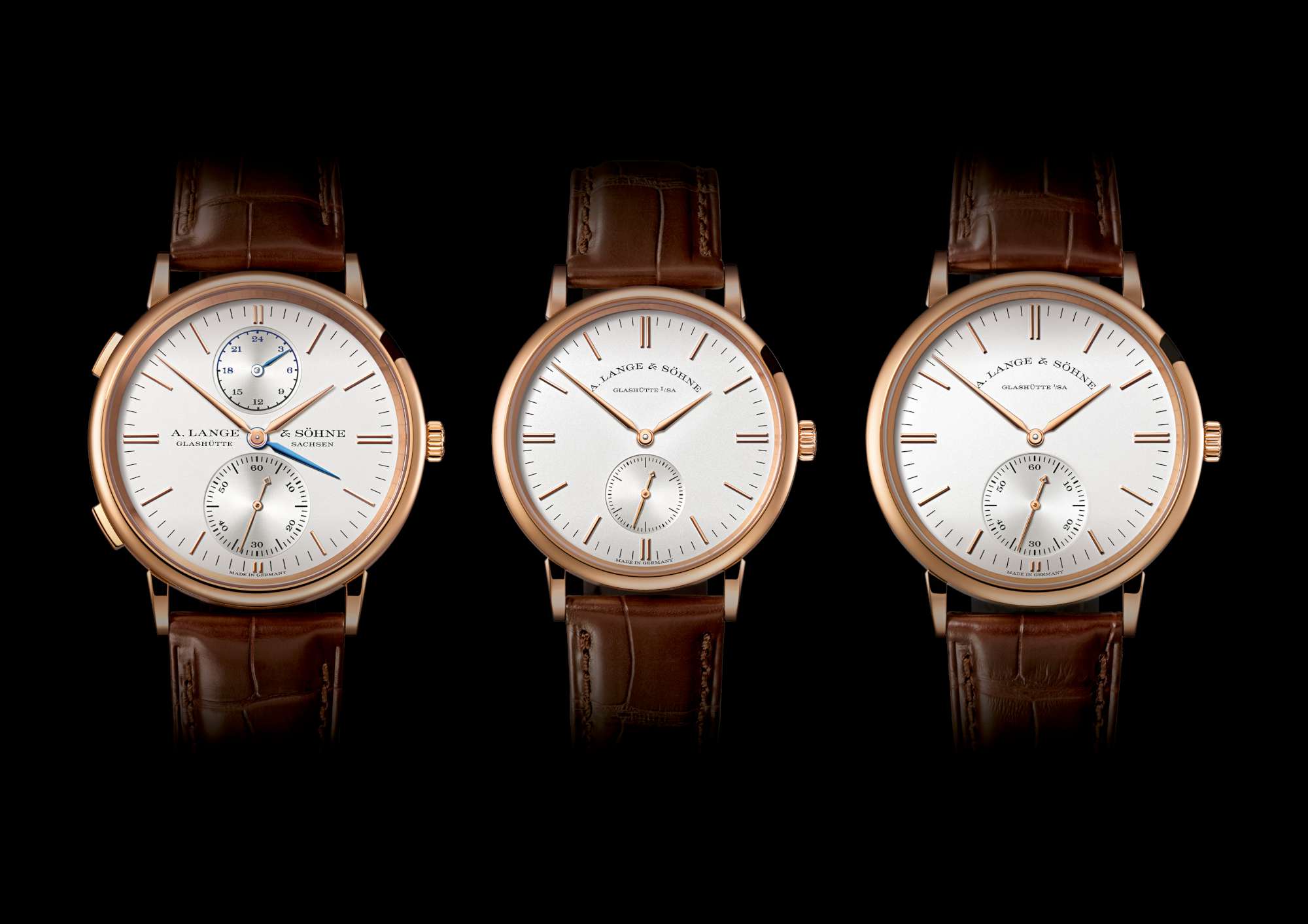 The Saxonia Dual Time on the left has a dial diameter of 38.5 mm. The Saxonia at centre is 35 mm in diameter. All three have sapphire casebacks to highlight the superbly finished movements, and this has become another characteristic of A. Lange & Söhne: the minimalism of the dial is contrasted by the fantastically complex geometrical forms revealed when you turn the watch over.