Oil pump arms move when the watch strikes the hours

Pusher that activates or deactivates striking mechanism; when activated, the watch strikes the hours and half-hours at the respective times

Pusher for having the hours strike on request 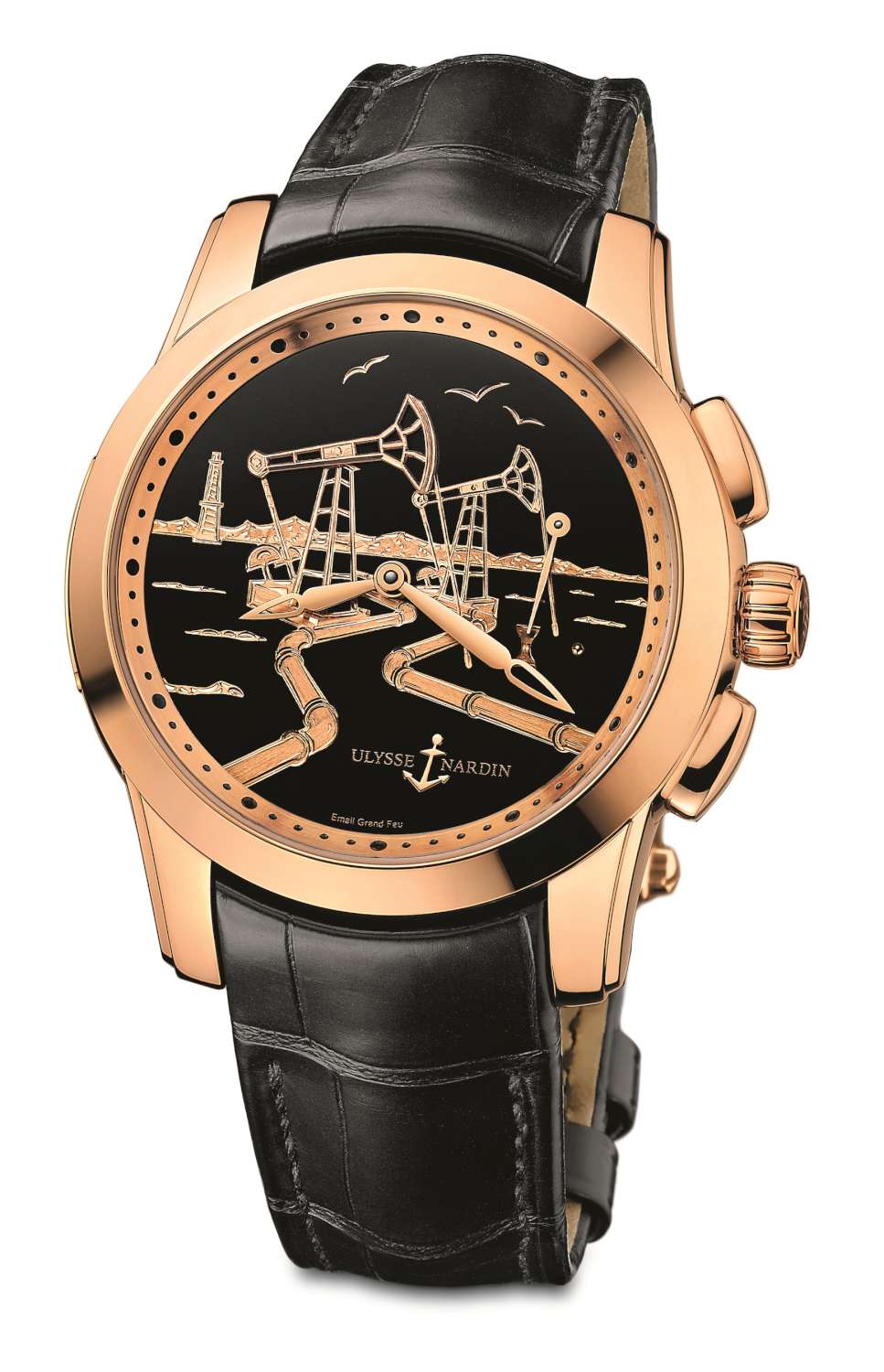 Rather like the goat watches released earlier this year, this piece is aimed at a specific market, the oil barons of Russia, the United States and the Middle East. The dial is the inky black of crude oil, and the case and oil pumps are in gold or platinum.

Strikes oil… and the hours

The Ulysse Nardin Hourstriker Oil Pump depicts oil extraction with pumps that move in synchronization with the hour-striking mechanism. The watch sounds the hours and half-hours on a single gong, on the hour and half-hour, and on request. The striking function can be activated or deactivated by pressing the pusher at 2 o’clock, and the state of the striking mechanism is displayed on the dial with a hand that points to a small hour glass (striking deactivated) or a gold dot. The designers probably made these small symbols as small as possible so as not to detract from the oil motifs, but they are nonetheless a curious choice, not really expressive of their function. When the watch strikes the hours, the oil pumps move in synchronization with the hammer on the gong. The second pusher is used to strike the time, in hours, on demand.

The dial is in grand feu black enamel, on which the delicately-sculpted oil pumps, pipes, buildings and landscapes are placed. Inside, the self-winding calibre UN-610 movement provides about 42 hours power reserve. The case is 42 mm in diameter, with a water resistance of 30 metres. It has a sapphire caseback and a leather strap with folding buckle. 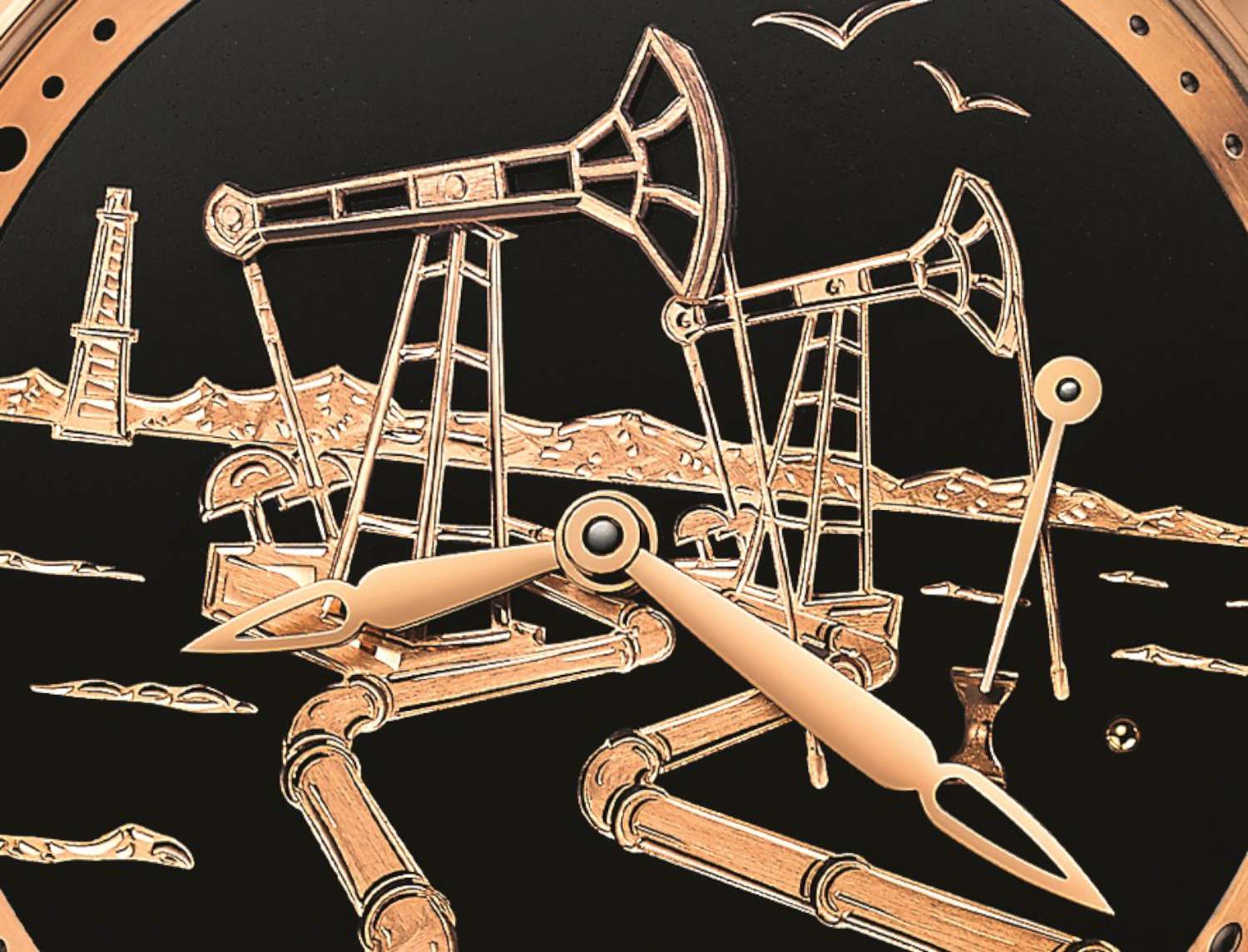 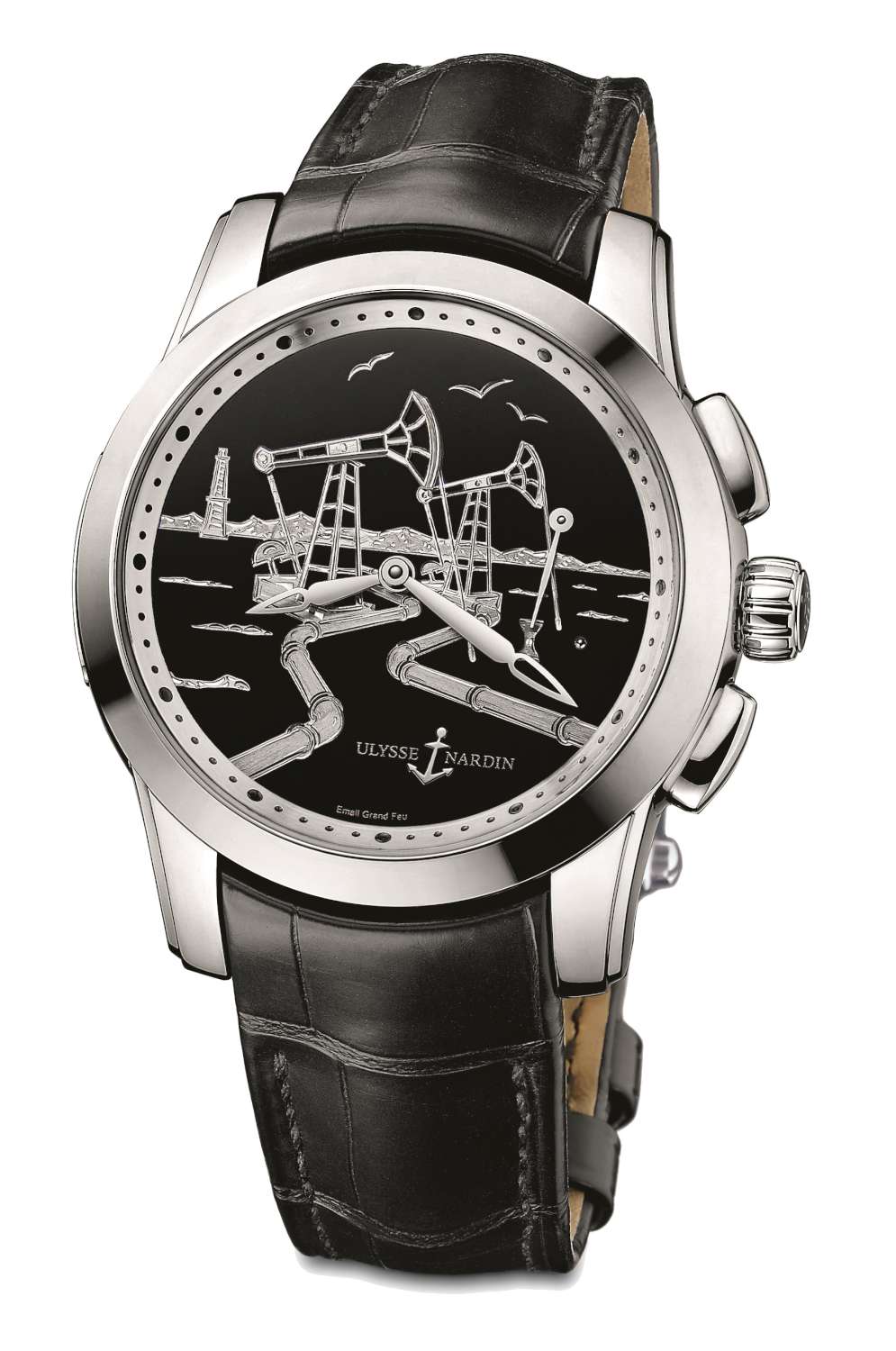