When you look at a watch like the Ingersoll Linden Radiolite Automatic, you can’t help thinking of the Zenith Pilot Type 20 and other similar early aviation-style watches. At just €470, the Ingersoll version is far more accessible in terms of price, and it can be ordered online. But it has to deal with issues concerned with the brand identity. On watch forums, Ingersoll is often put into a category described as mushroom brands, names that suddenly pop up, complete with a century or so of history. Ingersoll Is a brand with a long story, starting business in New York in 1882, and going bankrupt in 1921. It was purchased by a British company in 1922 and production was moved to Ystradgynlais, near Swansea in Wales. It was in business at least up until the 1980s. The brand is now owned by Zeon Watches, a British subsidiary of the Chinese company Herald Group. 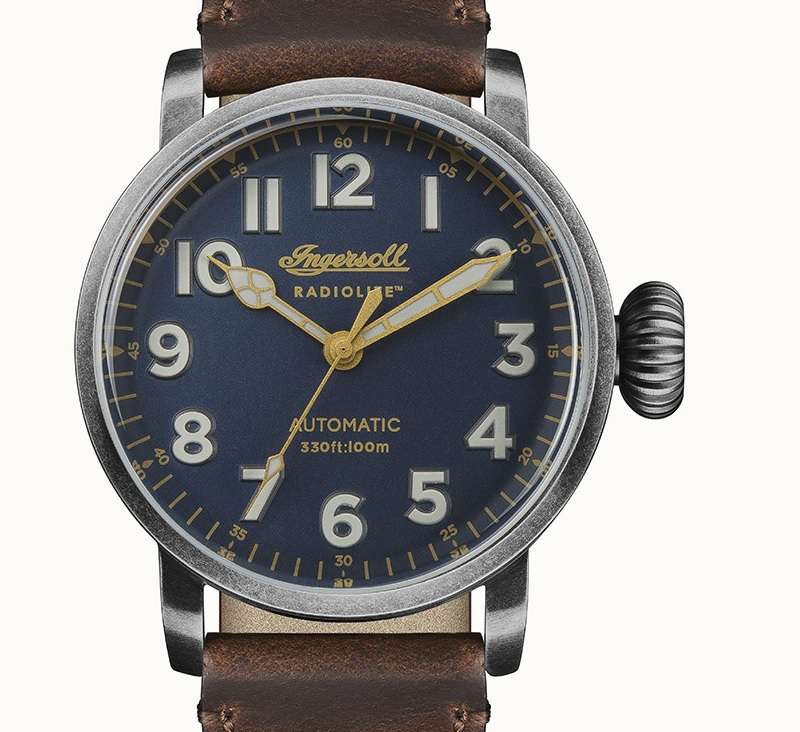 Looking at the Ingersoll catalogue, you notice a lot of watches that presumably reflect the tastes of Chinese consumers, with many basic skeleton timepieces and fake chronographs in which the subdials are for days and months. But the Ingersoll Linden Radiolite Automatic shows a desire to work in a classical format. It is a large watch, 46 mm in diameter and 15 mm thick, with a stainless steel case that has been given an antique finish. The watch glass is in scratch-resistant mineral glass, and the timepiece has a water resistance of 10 atmospheres, 100 m. The crown is large, as was usual in early aviation watches. The strap is in Horween leather, with a 24 mm width between the lugs. 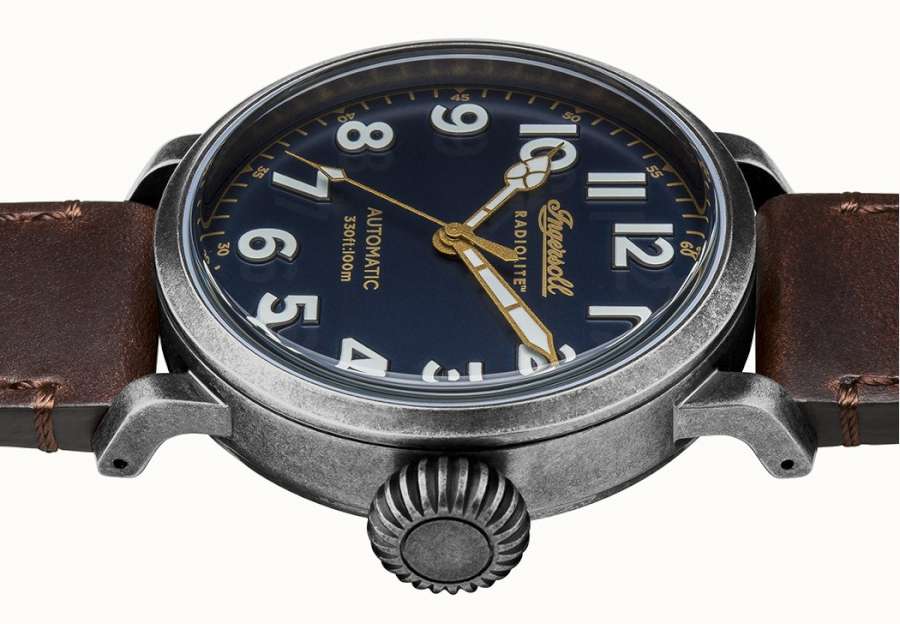 So far so good. Then you turn it over and you find a rather small circular window with a view onto the 21-jewel automatic movement. Ingersoll don’t provide any information about the movement except that it is self-winding. It is undoubtedly made in China, probably by Shanghai or Sea-Gull. Shanghai makes about a million watches a year, Sea-Gull even more. 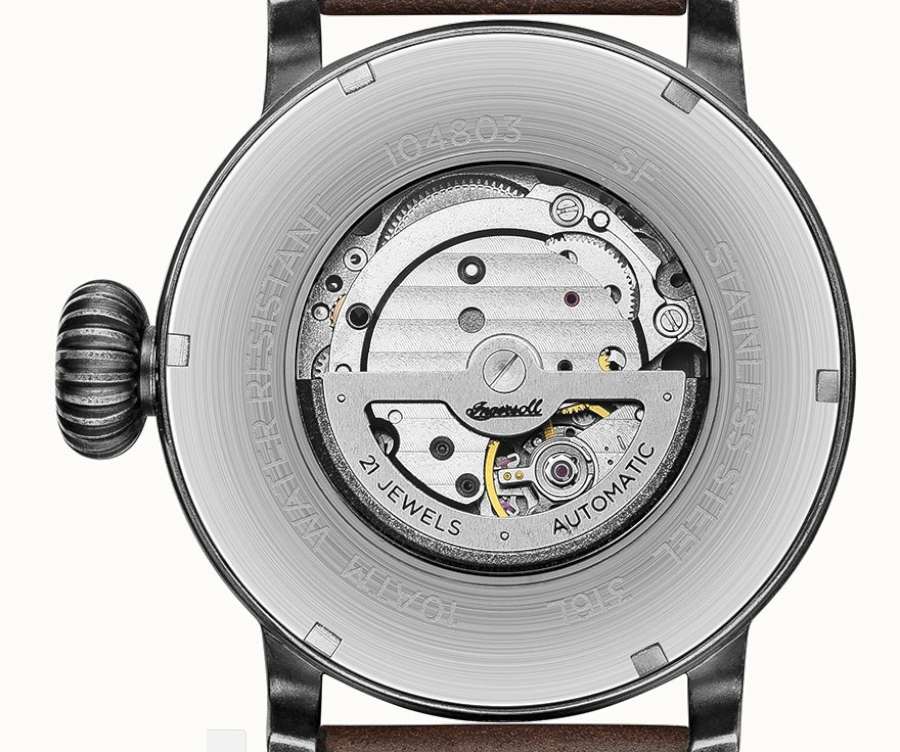 These movements are functional, but not yet at Japanese or Swiss levels of quality. But over the last decade, the quality of Chinese movements is gradually increasing, and price is also progressively going up. There are still a lot of €20 movements being made, but these Chinese companies would prefer to be elsewhere, at a higher level of perceived quality. Ingersoll are probably conscious of the issue of perceived quality, and in fact they offer a lifetime guarantee on the watch, covering faulty workmanship with normal usage, and excluding the strap and buckle. 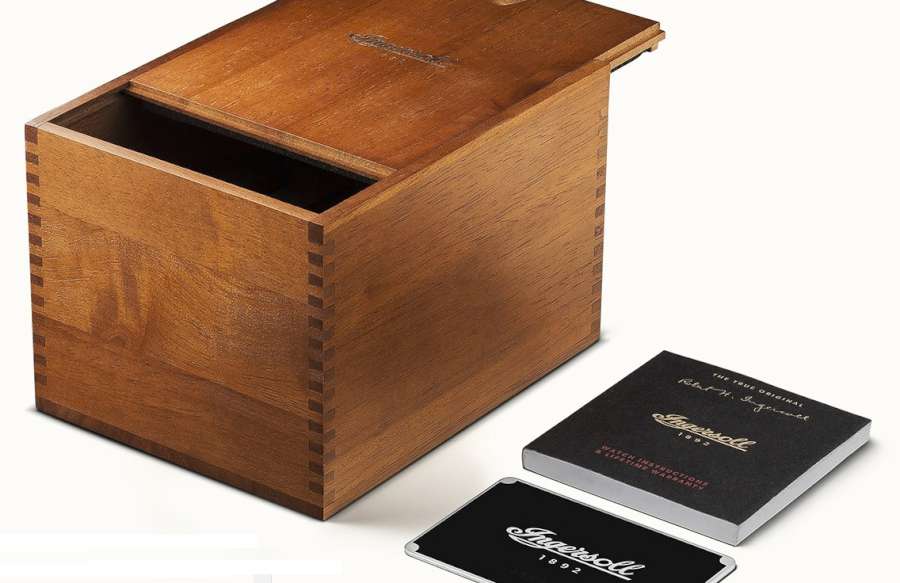 The Ingersoll Linden Radiolite Automatic is available in three different colours, and it is delivered in a wooden presentation box complete with instruction manual and lifetime warranty. The price of €470 is attractive but still possibly a bit too high for the product. But there is no doubt that Chinese watches will become a major player in the lower end of the global market over the next two decades. More information from the Ingersoll website. 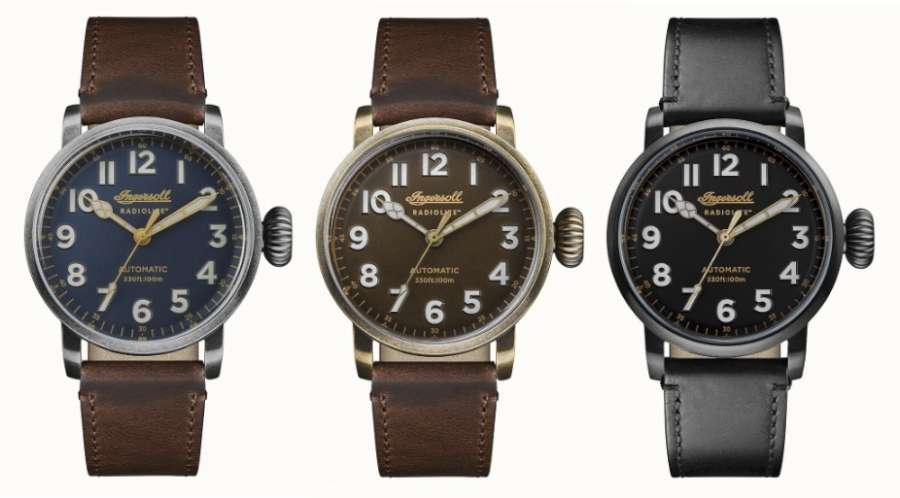