The Khaki Field Murph Auto is the watch that provides indirect confirmation for one of the most surprising claims made by Hamilton: that the appearances of their branded watches in films are not the classic product placements, because they don’t actually pay for them. They are simply approached by the producers by virtue of their long-standing relationship with the Hollywood film industry. Other examples include the Ventura that appeared in the Men in Black movies. Filming for Interstellar began in August 2013 and ended in December that year. So perhaps the contract with Hamilton stipulated that Hamilton had to refrain from making Murph’s watch for 5 years. Anyway, these are just my own speculations. Read more about Hamilton’s links to the film industry here. 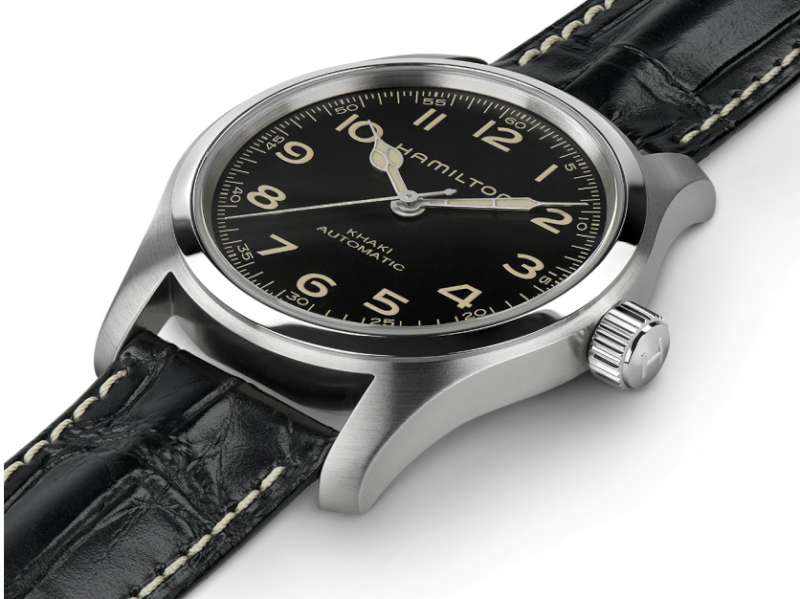 Minimal differences with respect to the film version

The watch itself is lovely, a combination of an early pilot’s watch aesthetic with the cathedral-type hands with facets of luminescent paint, a military-style dial typical of Hamilton’s Khaki range, and a smart, modern case with contrasting bright and brushed steel. I like the fact that there is no date window, and the overall simplicity of the dial. The “Swiss Made” lettering does not disturb the seconds scale, which is subdivided into thirds of seconds, matching the movement’s frequency of 21,600 vibrations per hour, 3 Hertz. This is something that has changed with respect to the version used in the film, in which the seconds scale was subdivided into fifths of a second. Read more about the watch on the Hamilton website. 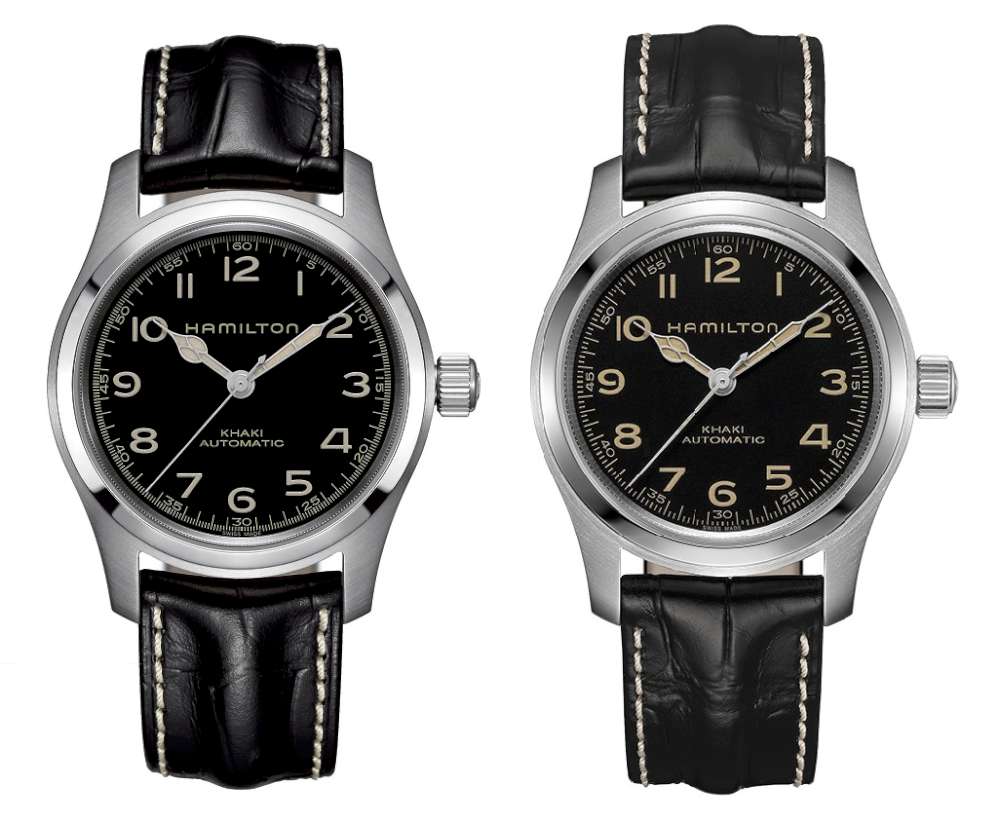 The H-10 movement can be seen through the caseback, with its personalized oscillating weight. It is Hamilton’s version of the ETA C07.111, which provides 80 hours power reserve. The black calf leather strap has some internal padding to give it three-dimensional structure. 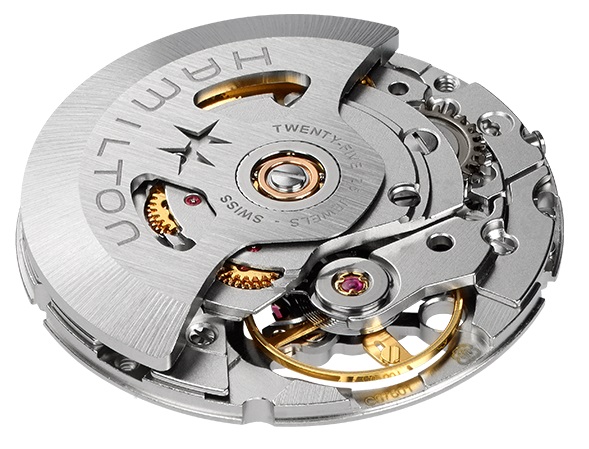 I’m sure that this watch will become a Hamilton best-seller. At 945 Swiss francs, €895, it is an affordable watch, and I think that the price is justified considering the quality in the details. It is not a limited edition, but the lovely presentation box inspired by the tesseract scene in the movie is limited to 2,555 units. The number is a reference to the film: the days in 7 earth years, equivalent to one hour on Miller’s planet orbiting around the black hole Gargantua. The box was designed by Nathan Crowley, production designer for Interstellar. He previously designed another Hamilton watch, the ODC X-03. 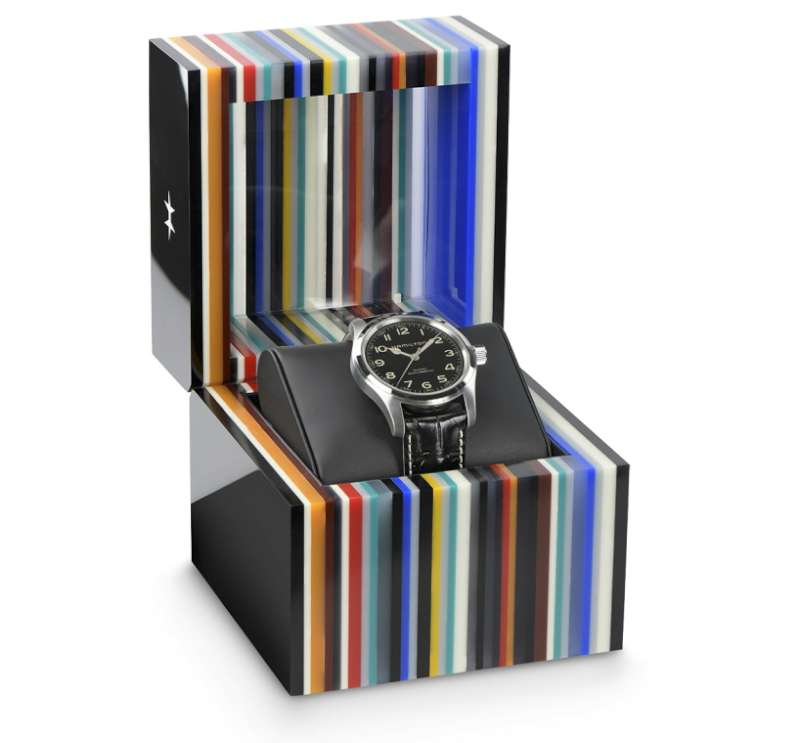 Eureka on the seconds hand

The watch has an extra detail with respect to the movie original: the word Eureka is printed onto the seconds hand in enamel, another reference to the film’s plot – Murph shouts out the word after having solved the physics necessary to enable the launch of massive space stations from Earth, made possible by the information that Cooper transmitted to Murph by Morse code, using the movements of the second hand of her watch. The timepiece plays a fundamental part in the plot, which, as I mentioned, makes it surprising if Hamilton did not have to pay anything to get this remarkable appearance in the movie. 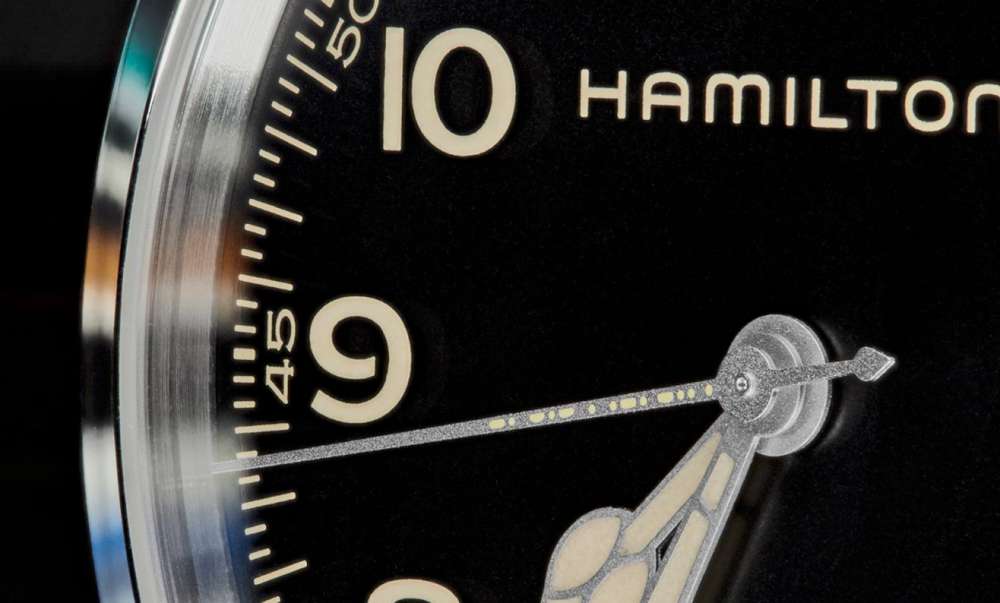 It would be nice to learn more about the deal between Hamilton and (I presume) Syncopy. But Swiss watchmaking has something in common with black holes, because for many watch brands, secrecy is so powerful that no information can emerge. Hamilton is one of the more transparent brands, I’ll ask them next time I see them. And I’ll go looking for this watch so that I can get a proper picture of the caseback. 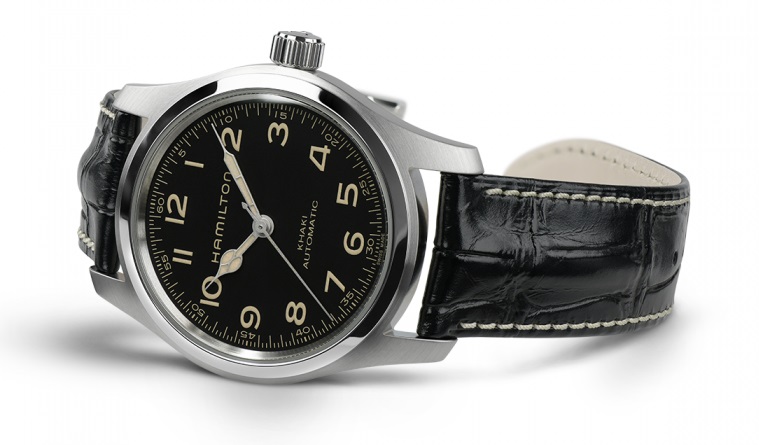 The electromagnet that created the Morse movements

The photo below shows the Murph watch as seen in the film, with the electromagnet that affected the movement to create the seconds hand’s Morse code movements. 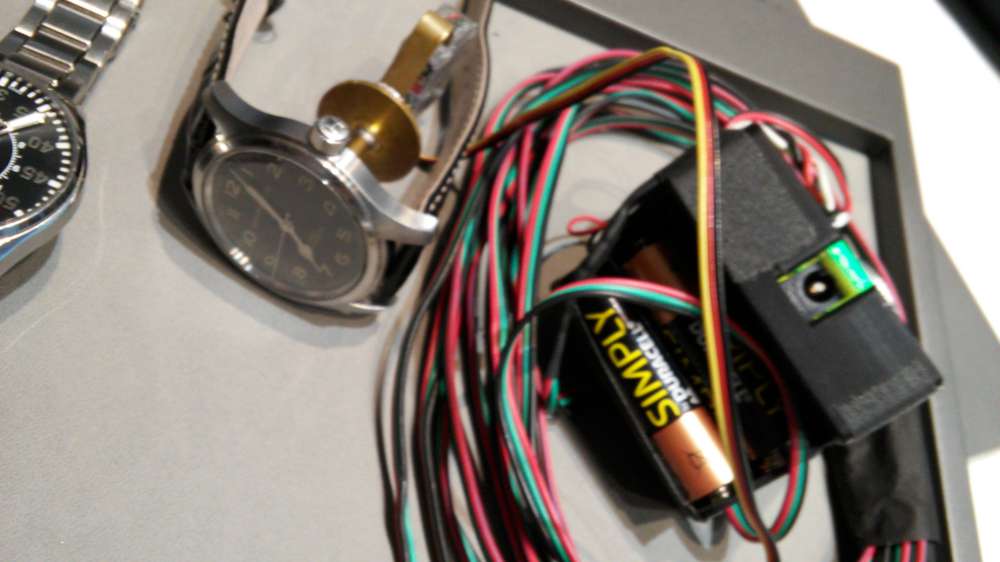 And this image shows a vintage military Hamilton watch, illustrating the historical inspiration for the brand’s Khaki watches. 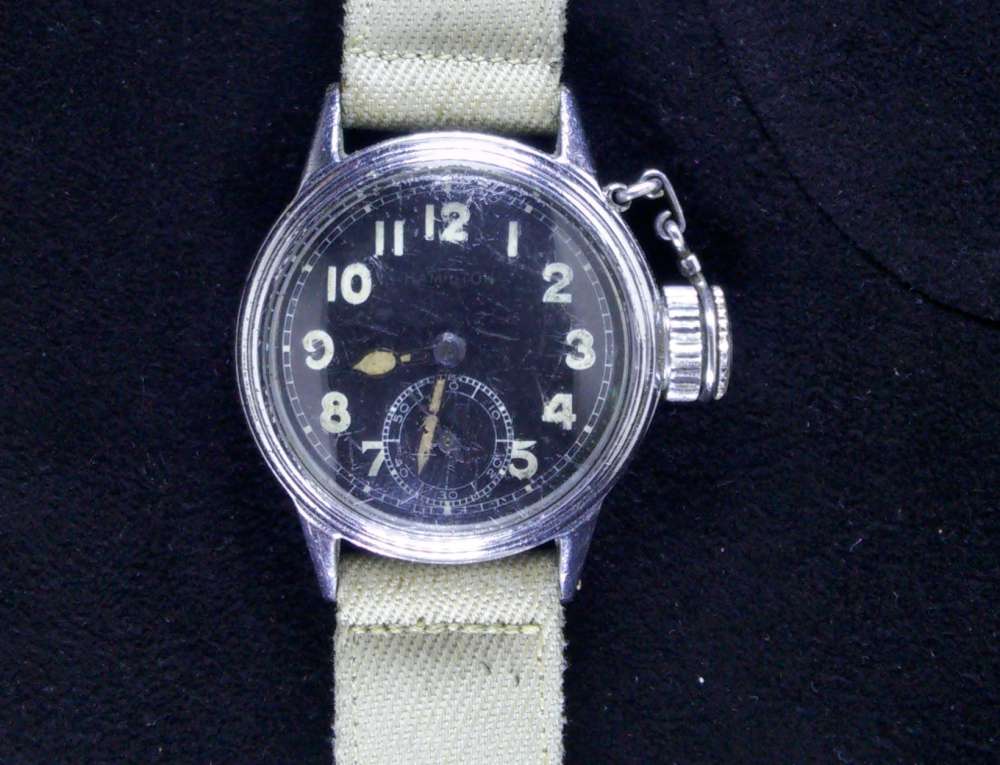