In September 2020, Watches Of Italy, a show presenting the best of Italian watchmaking, was held in the city of Tortona. This new event gave visitors the chance to check out the brands that they already knew, and to discover some less familiar companies creating interesting mechanical timepieces. The organizers are now working on the second edition, which will be held in Tortona, Italy, on 25  and 26 September 2021 (details below). To find out more, we spoke to Fabrizio Dellachà, who launched and coordinates the event.

A fondo pagina, testo in italiano 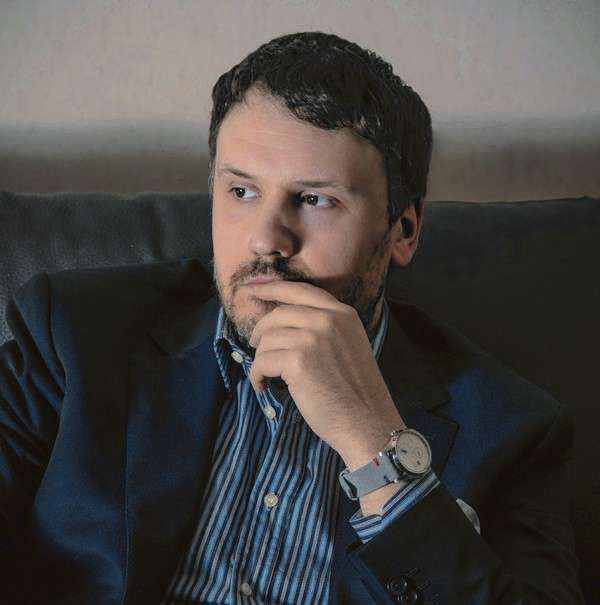 Last year, the first edition of Watches Of Italy was a refreshing surprise in a difficult period. What induced you to launch the show?

The idea began from the desire to bring together all the players in Italy’s watchmaking sector (working both inside and outside the country) for a unitary, collective event.
We all know that “unity is strength”, and so we needed a flexible, rapid organization for those entrepreneurs who, benefiting from their shared origins and the simplicity of direct communications considering that they are all committed to the world of watches, could begin cultivating synergic contacts and cooperation – just as our Swiss friends have been doing for at least a century – in order to obtain recognition and attention on the global watch market.
Without doubt, one of the advantages that we were able to provide in comparison with other trade fairs and exhibitions in this sector, was that of notably accessible costs for exhibitors. This made participation feasible even for microbrands and start-ups, because the costs involved were not excessive even for companies with limited financial resources.

Why did you choose the city of Tortona? Without doubt, the Orsi Museum offers many themes of interest, for example, the passage of time, and man’s ingenuity in creating useful tools for simple but fundamental tasks.

Tortona is the city in which I was born, and where I still live. Here I was recently a city councillor, and I served as President of the Town Planning Commission. Apart from these roles, I have always been involved in territorial marketing and the promotion of the many local points of excellence. The Orsi Museum is a good expression of Tortona’s expertise in the agricultural engineering sector, which in the past made the city famous both in Italy and abroad. 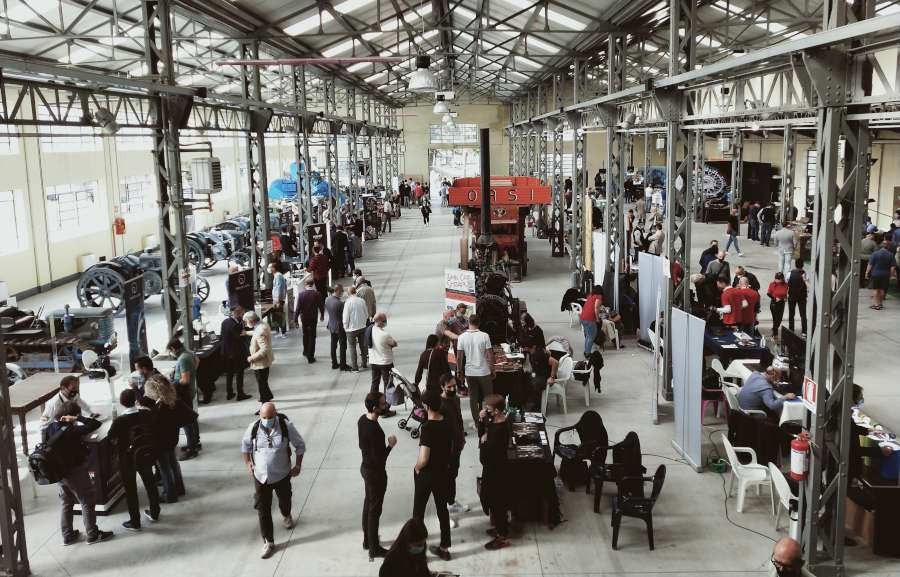 The quantity and quality of the exhibitors at the first edition of Watches Of Italy suggested a new watchmaking renaissance in Italy. In your opinion, is the sector of Italian-made watches currently expanding?

No-one could deny Italy’s world-leading ingenuity and creativity – in my opinion unequalled – both past and present. Our millennial history and culture give us a notable advantage, fuelling our vision and giving spirit and poetry to our creations.
In the food and wine sector, fashion, design, architecture and the automotive industry, we have always provided powerful, immediately recognizable expressions of our Italian DNA.
“Made in Italy” is a trait deriving from the fact that Italian entrepreneurs have an inborn “genetic ambition” that gives them a desire to excel in their field, to be immediately identifiable and unique.
Well before 1700, Italy had some great watchmakers and quality workshops making tower clocks and later pendulum clocks, table clocks, pocket watches, and later, wristwatches; these men of sophisticated culture and science had studied optics, astronomy and micro-engineering, incorporating their vast knowledge into fine timepieces that were sometimes extremely complicated.
Some of the historic watchmaking families include Manfredi, Campani, Della Volpaia, Dondi, Divizioli and Ranieri, and then there are watchmakers who were also masters of mathematics and astronomy, such as Giacomo Amoretti, Pietro Fanzago, Bartolomeo Ferracina, Antonio Galli, Ludovico Gavioli, Paolo Gennari da Rezzato, Edoardo Marconi, Bartolomeo Gilardoni, Alberto Gorla, Pietro Mei, Antonio Podrini, Eustachio Porcellotti, Antonio Quinquernell, Alfonso Sellaroli, Janello Torriani, Andrea Vitaliani and more recently, Domenico Morezzi and Giovanni Panerai. Therefore Italy has a remarkable watchmaking tradition: now is the time to give new impetus to this sector, highlighting it and bringing it to worldwide familiarity.

Watches Of Italy, along with its business partner, the magazine La Clessidra 1945, represents an exhibition and mart of national significance, which means notable responsibility and commitment. Could you tell us about the team behind Watches Of Italy?

In actual fact, the team behind W.O.I. comprises just two people. It has been kept streamlined because our fast-track network requires operational procedures that are as direct and straightforward as possible. By eliminating all ancillary structures and bureaucracy, both within our organization and in relations with exhibitors, we have been able to avoid sources of inertia and inefficiency that tend to be typical of more elaborately-structured, ponderous institutions.
In fact we are a “dynamic duo” (rather like Batman and Robin):
• Fabrizio Dellachà, who devised and coordinates the event,
• Silvia Bonfanti @theclassywrist – journalist, PR consultant and media manager. 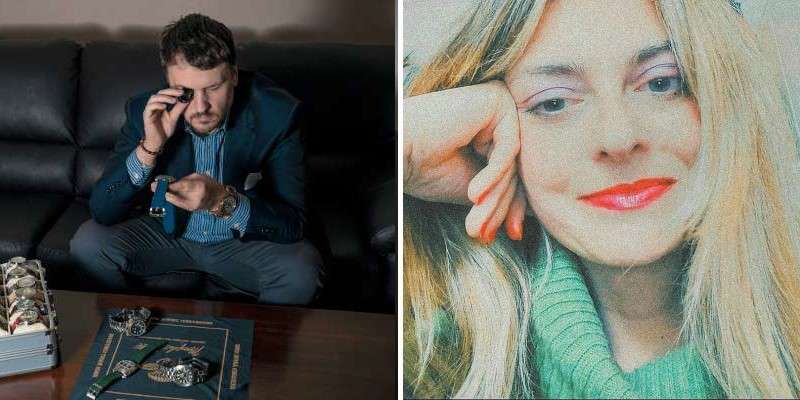 The partnership with La Clessidra 1945 on the other hand developed through shared objectives: Watches Of Italy is an exhibition and mart, and La Clessidra is a magazine that combines articles on techniques and technology with news about innovative products and a historical vocation for trading.

How did the media respond to your project?

Just as happens for every new idea appearing on a consolidated market, Watches Of Italy was met with a blend of surprise, curiosity and a touch of initial scepticism.
The historic trade fair groups understood our organization’s potential and in some cases sought our involvement in their own projects, but at the moment we wish to retain our own identity linked primarily to Italian enterprise (even though not all the exhibitors are based primarily in Italy), and in addition, we prefer to continue to be able to welcome the smallest artisanal entrepreneurs and microbrands, which notoriously have very limited resources.
The media showed great interest in the first Watches Of Italy show, and we had the pleasure of seeing some important journalists from this sector at the show, browsing the stands along with the many collectors who thronged the venue during the 2020 edition. We were very happy that for the most part, the opinions expressed were positive and complimentary.
For about a year I have been musing another interesting, quintessentially Italian project, even larger and more important than Watches Of Italy, and something that I would like to develop in parallel to WOI, a project directly correlated to the show and to Italy’s entrepreneurial spirit… but for the moment I cannot reveal any more details, so stay tuned!

Did the first edition last year suggest any changes that you will incorporate in the 2021 show?

As regards organization, our structure is already very efficient: we know exactly what we are doing, and our operational procedures are tried and tested because we are working in close cooperation with the Events Office, part of Tortona City Council’s Economic Development sector, which has consolidated experience in the organization of exhibitions and conferences of national importance. Probably for future exhibitions we will be able to provide a more functional website that gives companies wishing to take part the possibility of enrolling by simply compiling a web form. The potential importance of this feature can be understood considering that there are already about 70 companies in the Watches Of Italy group and between 40 and 50 exhibitors at every edition of the show.
At the current point in time, just as for all events that attract large numbers of visitors, such as exhibitions, the difficult issues are almost exclusively linked to the pandemic and aspects of health and hygiene. We will of course scrupulously follow all the current regulations, exactly like last year. Considering the extension of the so-called “national state of emergency” until 31 December 2021, access to the exhibition, both for exhibitors and visitors, will be possible only with a Green Pass or a negative swab test taken in the previous 48 hours, along with an identity document. I would like to take this opportunity to thank the Mayor, Federico Chiodi, who right from the start believed in this project, and in its objective of transforming Tortona into the capital of Italian watchmaking. 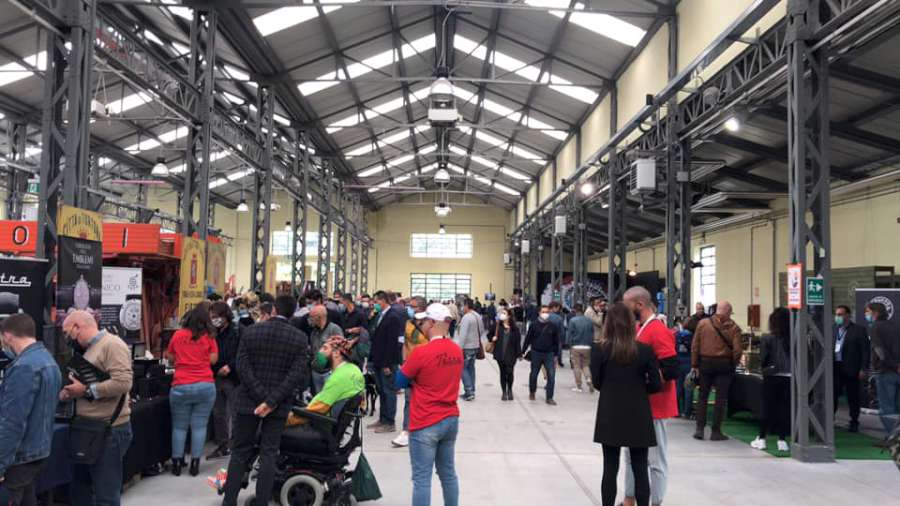 Many exhibitors presented mechanical timepieces at accessible prices. Was this mirrored by the type of visitors and their preferences in terms of watches?

Not entirely: watch collectors tend to include various watch types in their collections and so consequently have wide-ranging interests, and this of course is positive for all concerned.
Just like last year, in this year’s show there will be products to suit all tastes (at widely varying prices). And there is no reason why collectors who like, for example, in-house complication watches, should not wish to use a tough, honest watch of undoubted quality for everyday use, so that they don’t have to worry about damaging their more exclusive timepieces.

Can you give us any advance news on the exhibitors that we will see in September 2021? Will there be any different brands with respect to last year?

In practice, we have used practically all the space available at the Orsi Museum, as was the case last year. To date, about 40 stands have been allocated, with most of the exhibitors at the first edition returning, and with some new entries and a few exhibitors who for one reason or another have decided not to renew, as is always the case. We are still negotiating with some latecomers, and in consideration of the requests that we received in July this year, we are considering allocating spaces in the reception area and the adjoining hall as well. Anyone interested in applying for a space can write to us at watchesofitaly@gmail.com
The products exhibited are not exclusively watches: differently to last year’s show, there will also be technical equipment and devices for watch maintenance, of interest both to professional watchmakers and repairers, and hobbyists. There will also be some specialist companies capable of designing and manufacturing models for prospective entrepreneurs who would like to launch their own-brand watches on the market. This year we also have the honour of hosting Hora, the Italian association for historic watch enthusiasts. 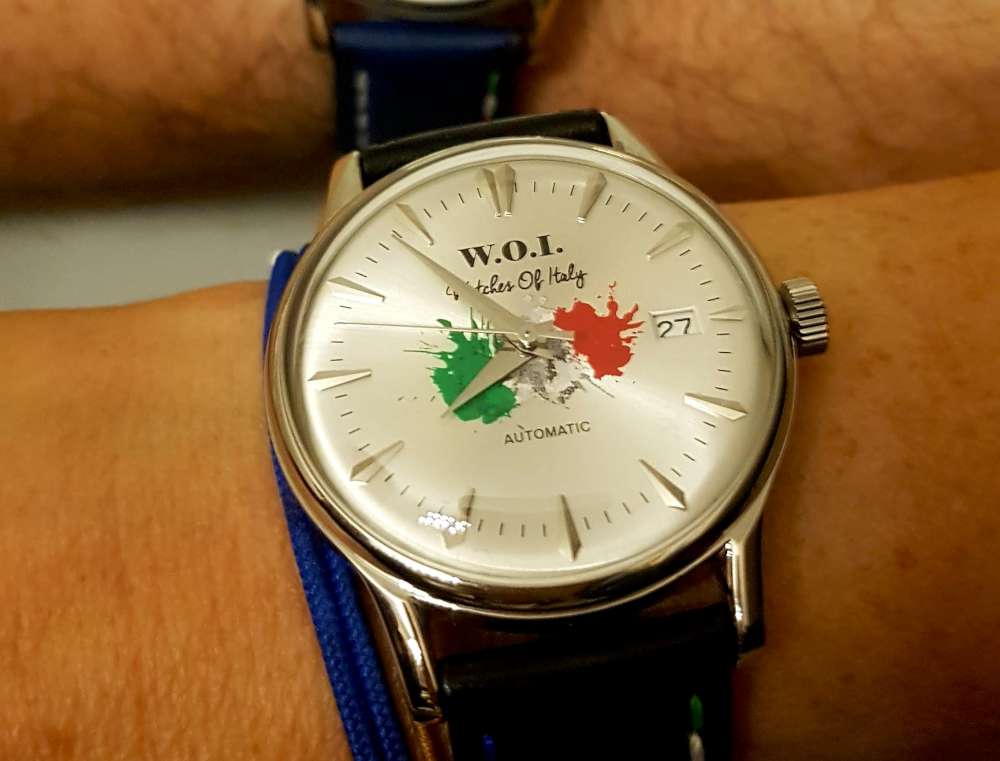 Without spoiling the surprise for exhibitors, could you give us any hints about premier presentations or interesting new departures amongst the watches that will be presented?

Without doubt there will be some new movements, in part a result of ETA’s decision to block supplies. There will also be 3D-printed cases, some even in composite fibre-reinforced materials. There are a few patents that will cause a stir (more information on these will be available only after their live presentation at the show), and of course, brands will be presenting their new designs with all their specific technical and design features.
As in the first edition, this year there will be some world premier presentations, enhancing and highlighting the exhibition and the Watches Of Italy group.

In your experience, are there any shared characteristics hallmarking Italian watchmakers and their timepieces today?

The most distinctive feature of Italian watches is, I think, the possibility of customization, so that customers who don’t want to simply buy a watch straight off the shelf can commission personalized features, with enamelling, engraving, one-off artistic dials, artisanal cases in special alloys and/or precious metals, in addition to special watchstraps and buckles.
One of the things that I am particularly happy about is that we are hosting two manufacturers of Italian-made movements, and a watchmaker who designs and builds his references without any numerically-controlled machinery, in other words using just manual tools – exactly as A.L. Breguet did – making astronomical complications with a precision never previously attained, not even by the historic Swiss maisons.
So, if I had to find a slogan to describe the event, it would be “l’Italia s’è desta” (Italy has awakened).

For prospective visitors, here is the essential information for the second edition of Watches Of Italy: 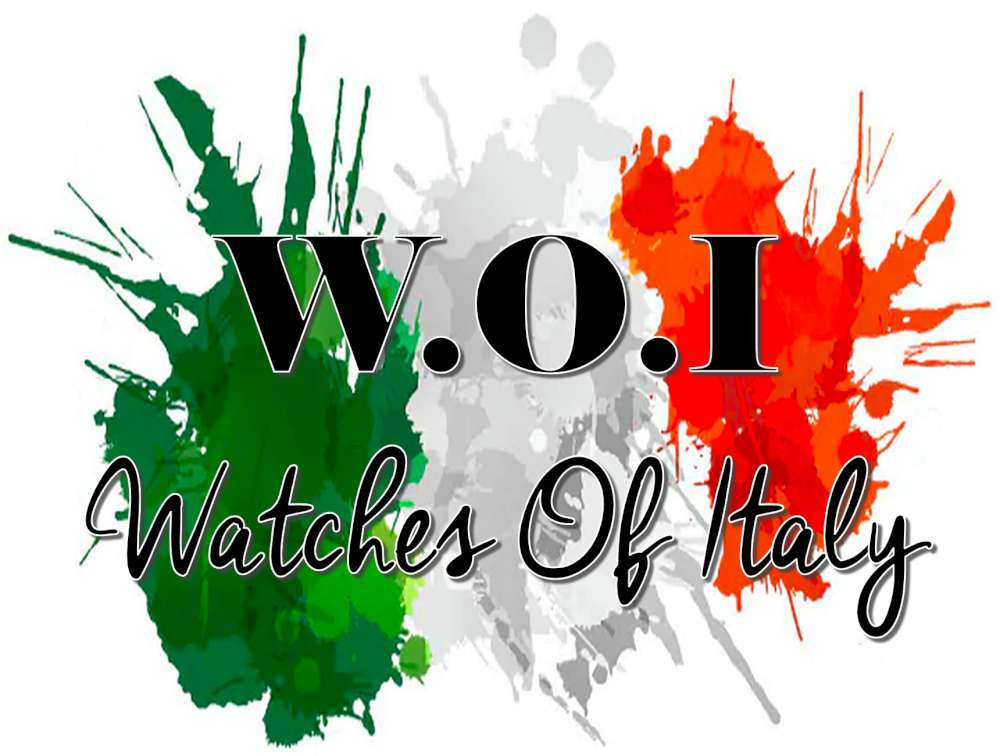 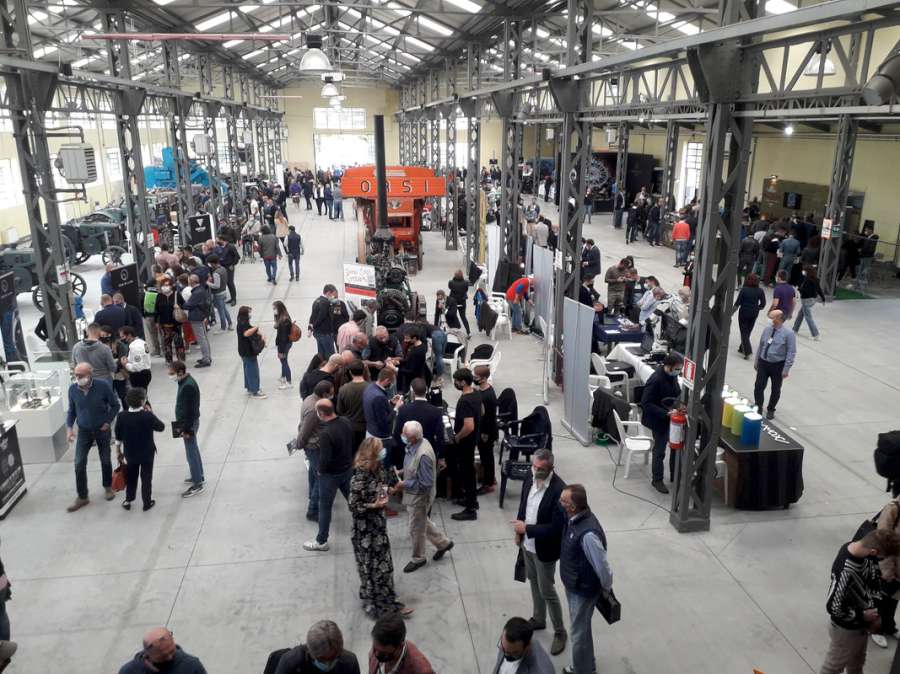 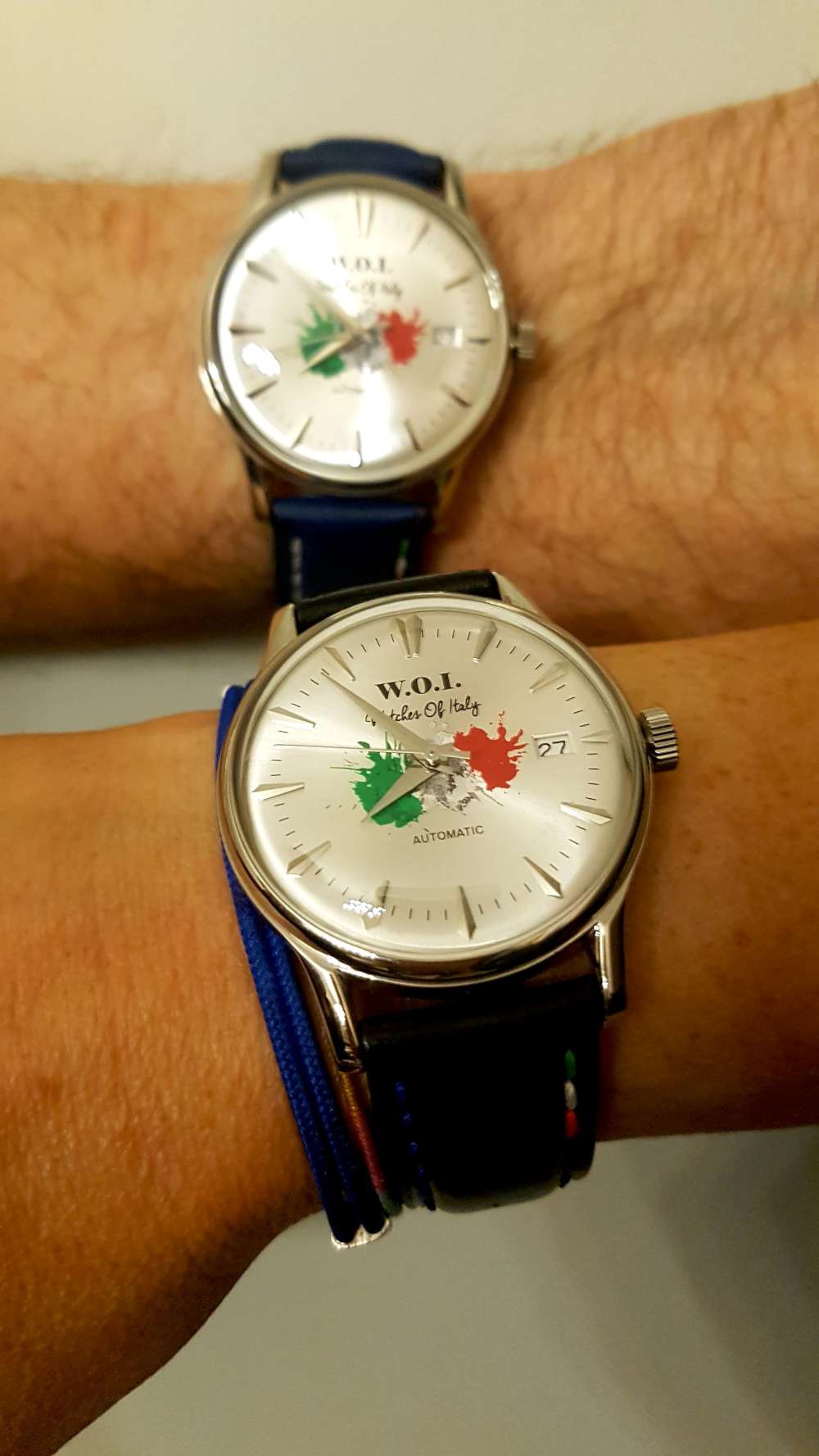 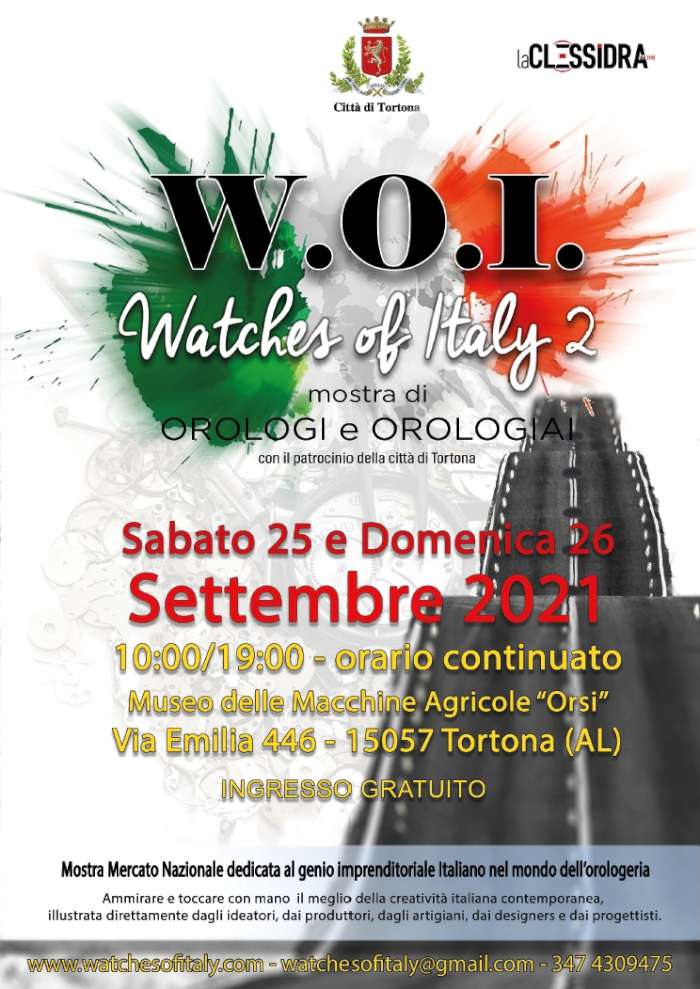