For those who remember Urwerk’s large, dramatic watches such as the UR-105 T-Rex, the new UR 100 is quite an eye-opener, because it is very wearable. I met Felix Baumgartner at Geneva Watch Days (30 August-3 September 2021), and he said rather surprisingly, “This is our first watch”, reflecting its moderate size (41 mm wide, 49.7 mm long, 14 mm thick). 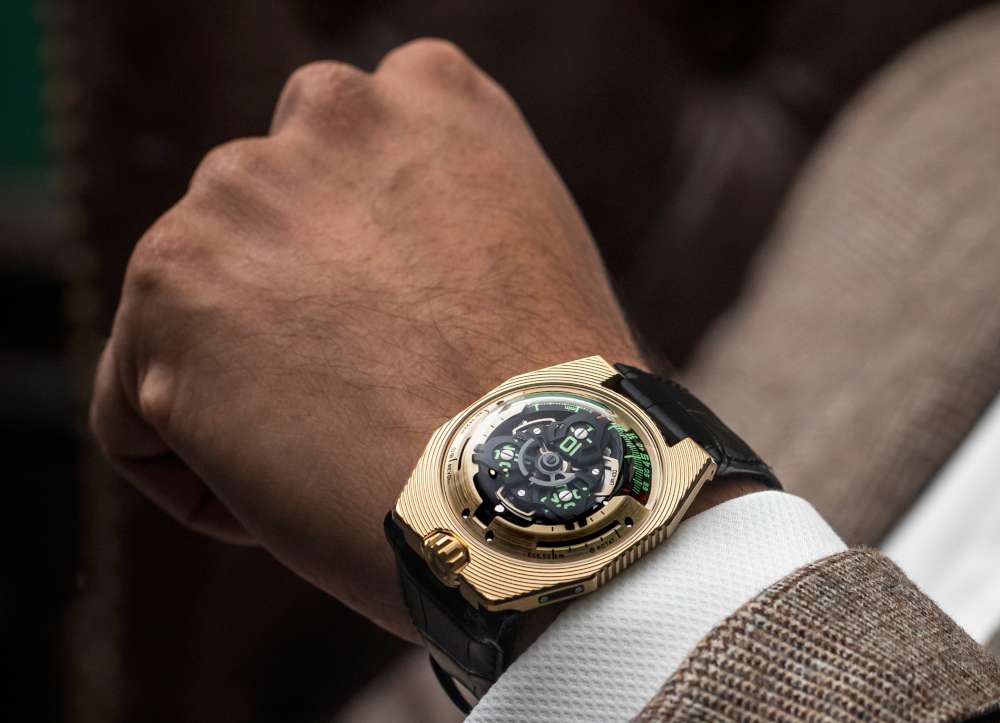 Urwerk UR-100, history and science

In addition to Urwerk’s trademark wandering hours display, Felix Baumgartner (watchmaker) and Martin Frei (designer) have added two apertures on the side of the watch, enabling the hands that are not engaged in marking the minutes to provide another indication: the distance travelled by the earth in its orbit around the sun, travelling at almost 30 km per second. The two apertures correspond to 20 minutes, 35,742 km. Another poetic reference to the astronomical dimensions of time, perfectly consistent with Felix and Martin’s fascination with the wandering hours complication, “reminiscent of a satellite or planet moving across the sky”. 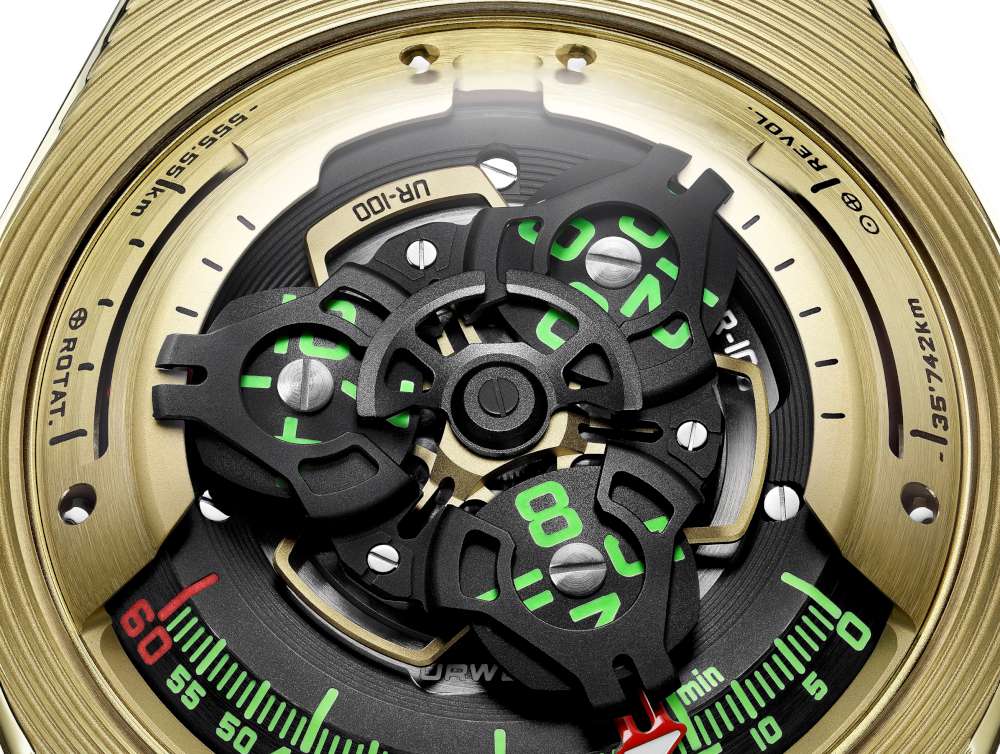 The historical reference in the UR 100 by Urwerk is the material of which the case is made, Electrum, a naturally-occurring alloy of silver and gold that has an unmistakable colour, resembling pale gold metal with a slightly greenish tinge. It was much loved by the Ancient Greeks, Ancient Egyptians and Amerindian civilizations, and it was used for coinage for its greater hardness with respect to gold, gradually falling into disuse, replaced by pure silver and gold coins.

The watch is powered by the UR 12.01 self-winding movement, 39 jewels, 4 Hertz, 48 hours power reserve, with the hallmark Planetary Turbine rotor. The UR 100 costs around 60,000 Swiss francs plus tax. 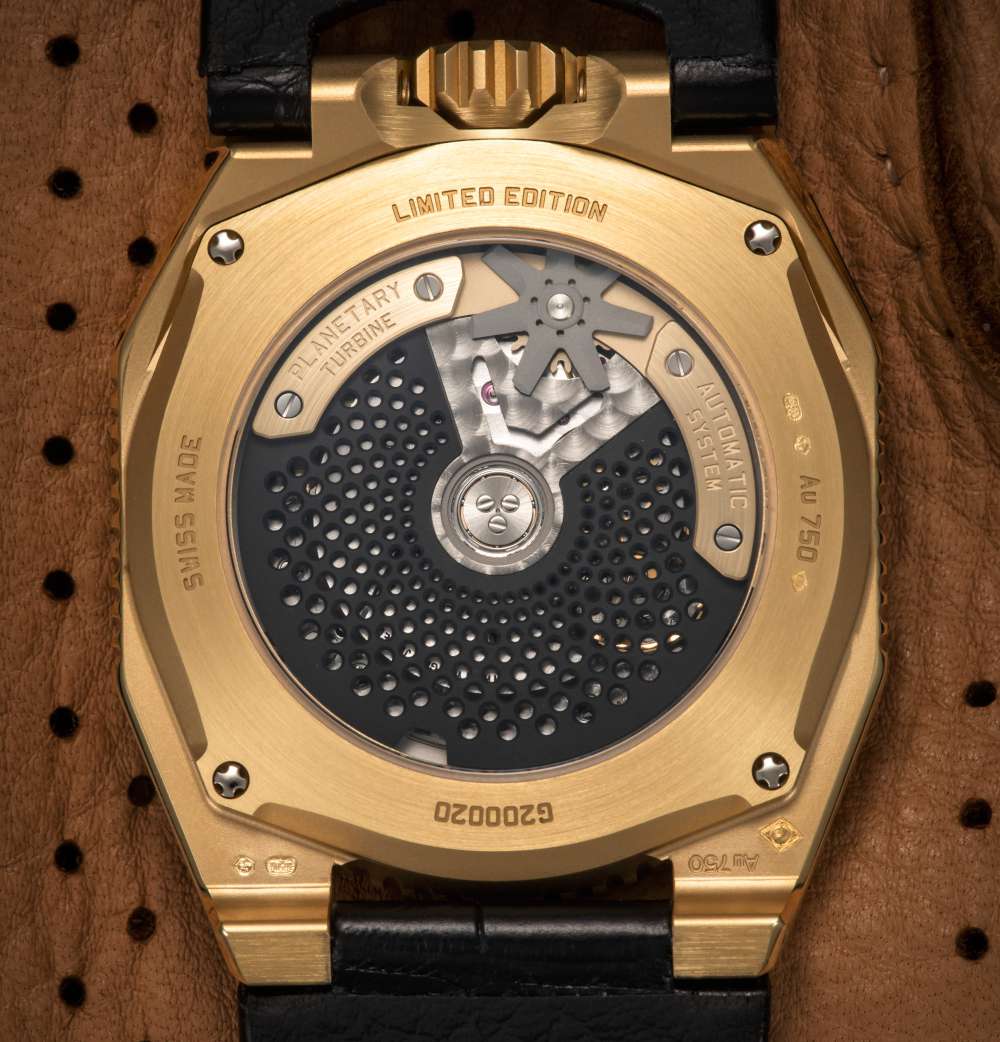 During our interview we of course discussed Covid and its impact on the watch industry. “For us at Urwerk, the first six months was a shock, but things quickly returned to normal”. Normal for Urwerk means their steady production of about 100 watches per year. “We are not businessmen with ambitions for growth”, says Felix, “we are watchmakers. We have chosen to stay the same size, with 15 people in Geneva and Zurich”. 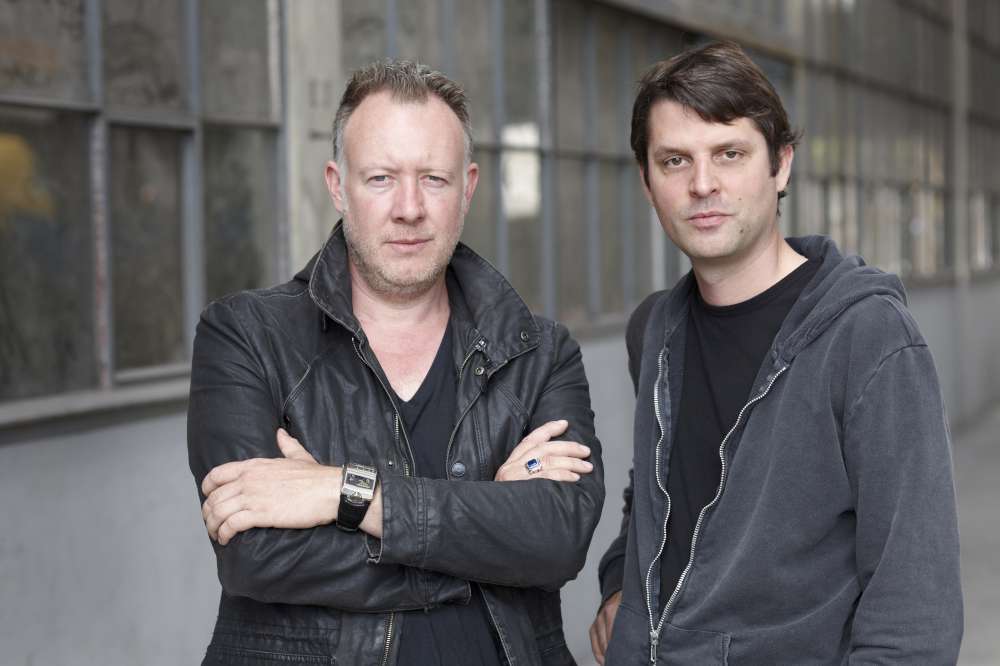 This dual location is due in part to the fact that Felix grew up in Schaffhausen, the town near the German border. “My Swiss-German friends didn’t want to move to Geneva”, said Felix, “but there are no logistical problems. After all, as they say, Switzerland really operates like one big city”.

Read more about the UR 100 on the Urwerk website. 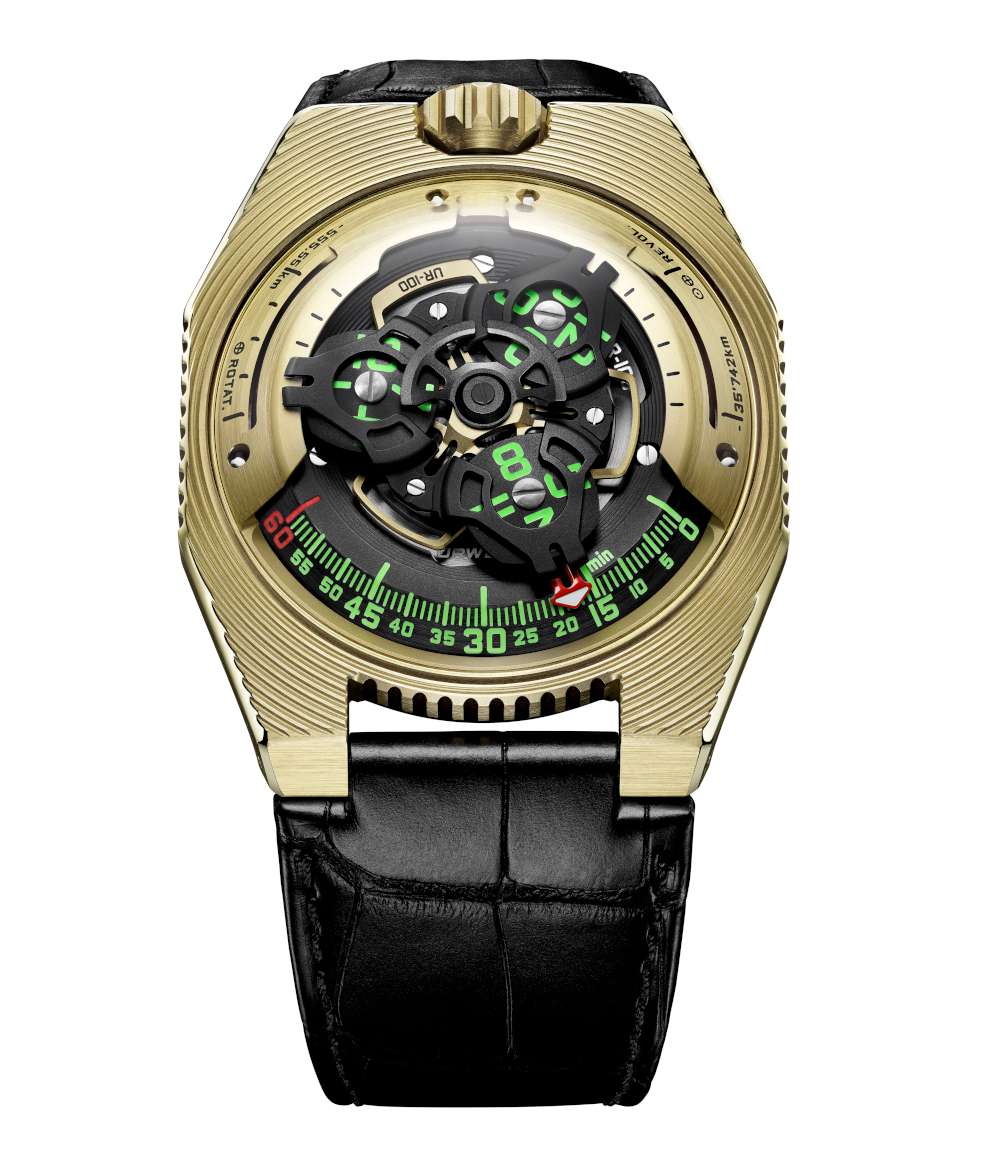