This is a preview of a watch that TAG Heuer will be presenting in Geneva later this month (January 2017), a chronograph entirely in ceramic, including the bracelet. It is based on the Carrera Heuer-01 launched in 2015, with a 12-piece case that allows a range of combinations of materials and colours. The 2017 version is instead entirely in black, for a look that recalls Hublot’s all-black watches. This is not surprising, considering that TAG Heuer’s CEO is now Jean-Claude Biver who was has been instrumental in Hublot’s development. 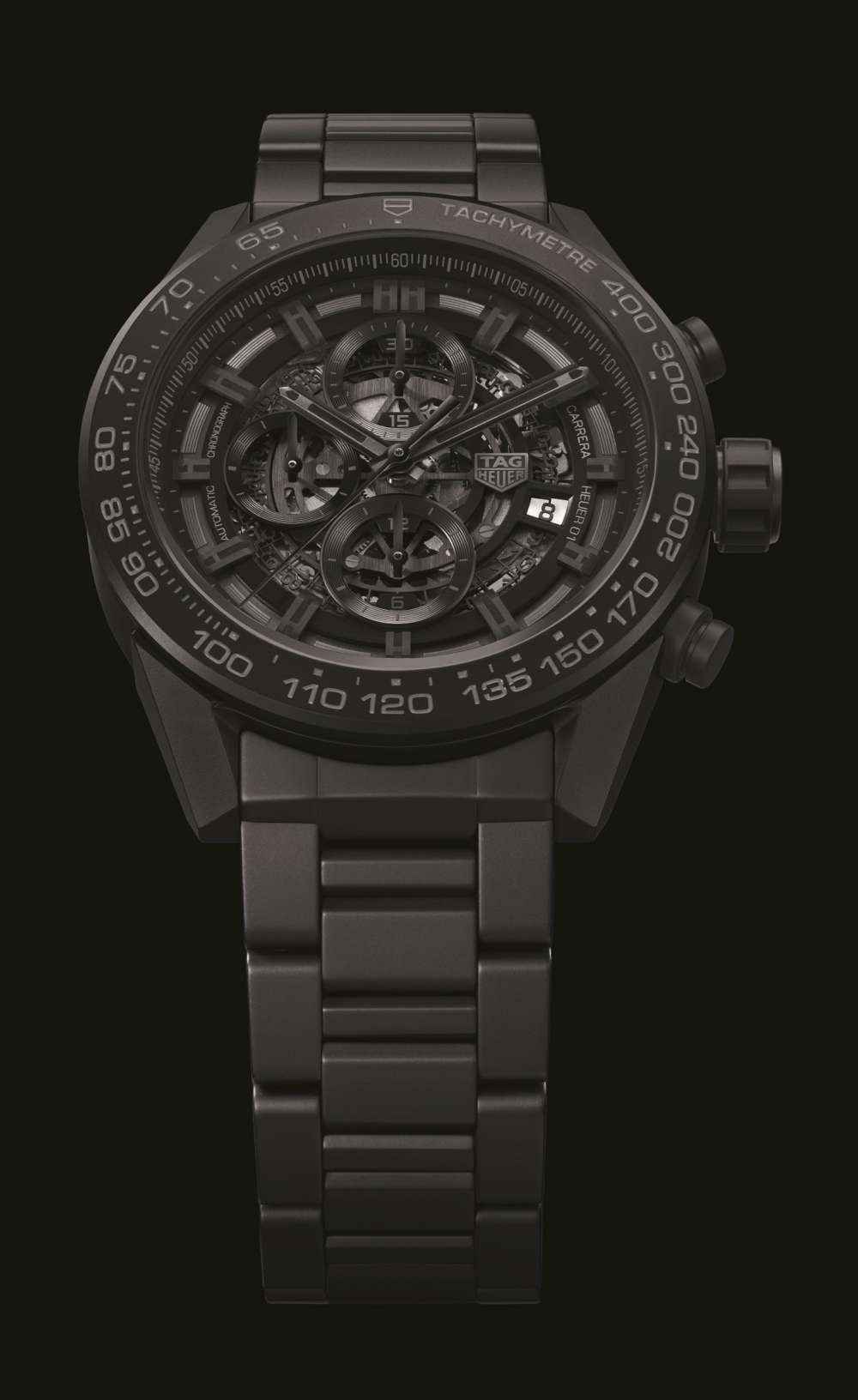 Modular cases give watches a very contemporary look as well as providing flexibility. This technique comes straight from the Hublot Big Bang. The movement, calibre Heuer-01, is a slightly modified version of Calibre 1887, a movement that TAG Heuer introduced in 2010. It is a column wheel chronograph movement (the column wheel has an unmistakable red finish). The clutch is a variant of the horizontal clutch layout, named the tilting pinion. It was designed and patented by Edouard Heuer in 1887. The Calibre 1887 commemorates that invention, even though it was largely based on a Seiko movement incorporating the tilting pinion. Calibre Heuer-01 has a new skeleton date disc that is far more legible than the previous version. 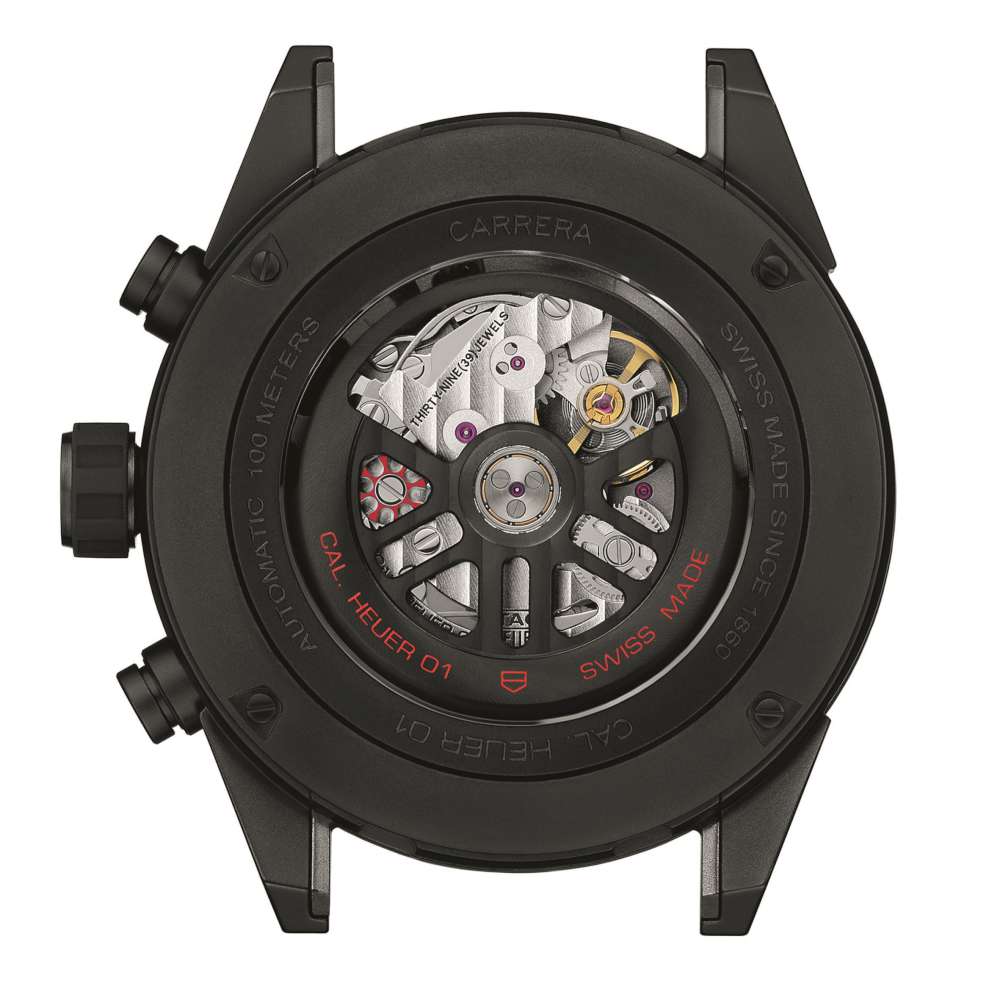 The most important feature of this watch is its price. Like the Carrera Heuer-01, it has a very aggressive price point, keeping it in a different field with respect to Hublot. It starts at 5,000 Swiss francs and reaches 7,000 according to the version. The two references are CAR2A91.BH0742 with black ceramic bracelet, and CAR2A91.FT6071 with rubber strap. The 45 mm case has a 100-metre water resistance. Can’t wait to see it live. 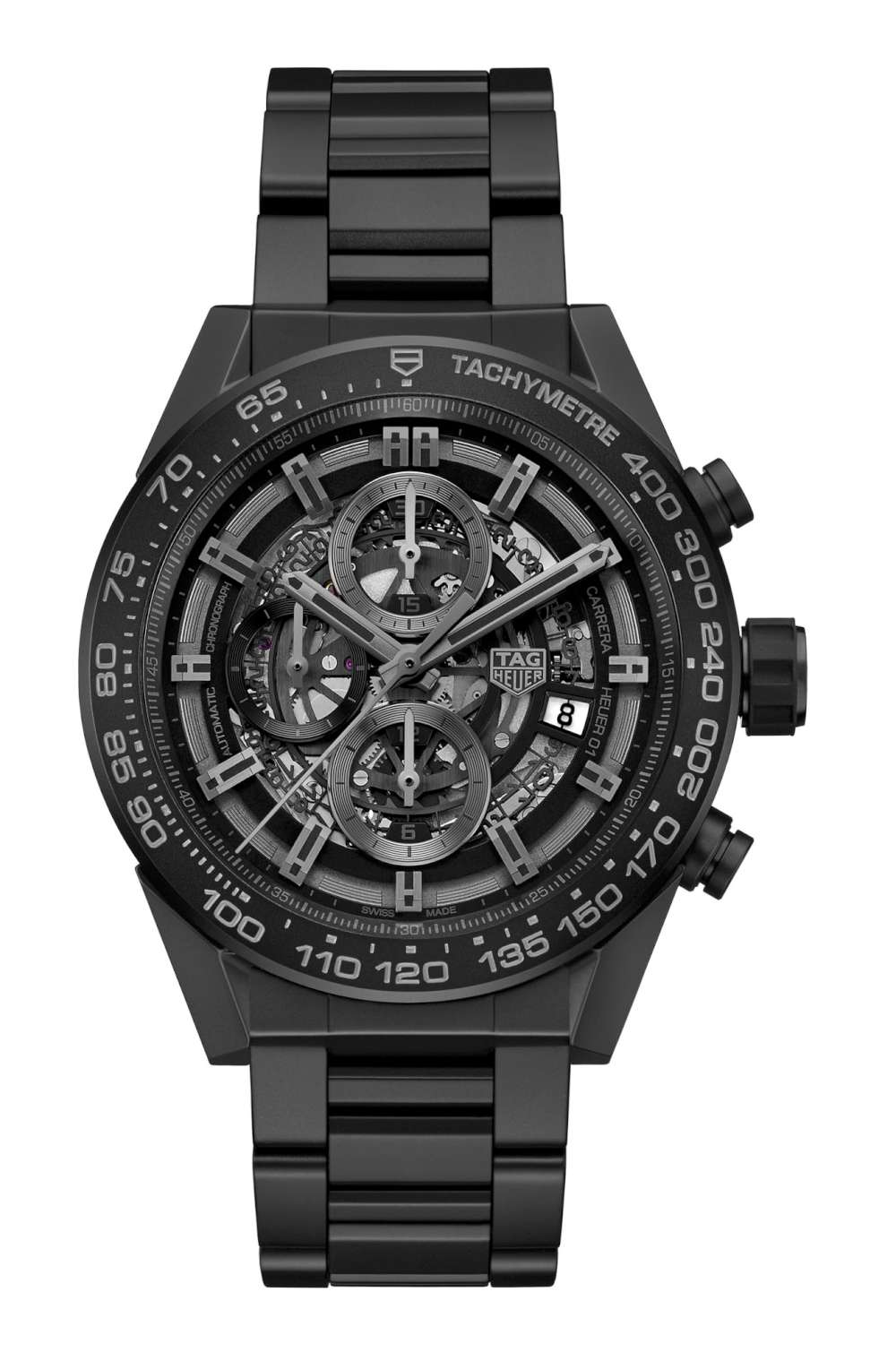