Stowa’s Flieger Verus is already an exceptional pilot watch, with its subtle variation on the theme of a Type A B-Uhr watch with numerals positioned slightly closer to the centre of the dial with respect to classic Type A pilot’s watches. The Verus 43 has the same design for the dial, but with some differences warranting the name “Sport”. It’s a little larger of course, 43 mm diameter instead of the 40 mm of the original Verus. The overall result is an interesting hybrid, with a refined design instinct that – in my opinion – makes Stowa one of the most interesting brands making affordable watches today. 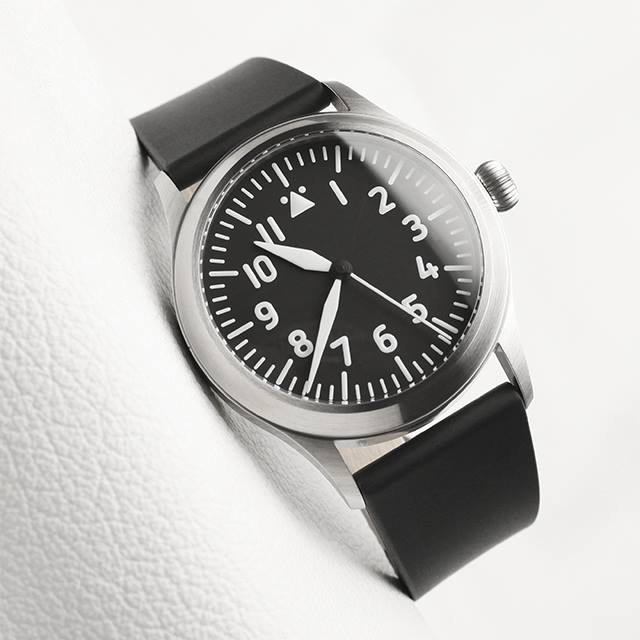 The Stowa Flieger Verus Sport 43 has a 20 atm water resistance, corresponding to 200 metres depth in water. This makes it a perfect all-round watch, an all-weather timepiece that you can wear while yachting, swimming or diving. It has a rubber strap with a stainless steel clasp providing easy size adjustment. These differences correspond to a price difference of €300: it costs €990 as opposed to the €690 of the Verus. 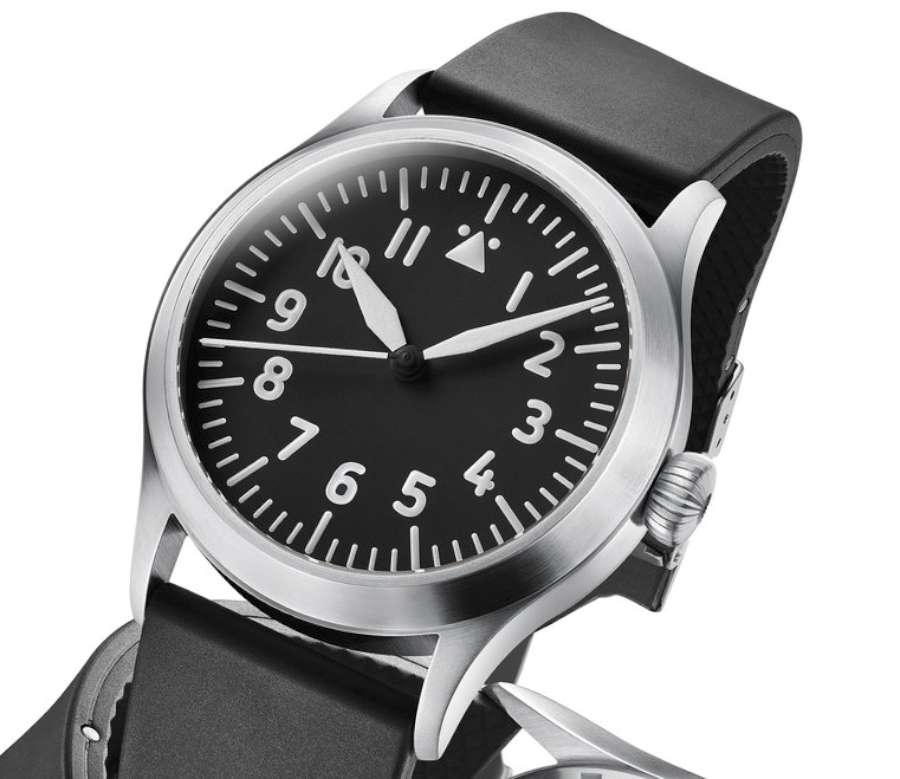 One of the benefits of any pilot watch is the super-high clarity of the dial. The hands, numerals and indices of the Stowa Flieger Verus Sport 43 are coated with BGW 9 SuperLumiNova which glows a very attractive blue-green in the dark, and looks white during the daytime. The dial is given extra style by the absence of a brand name, and equally the absence of a date window.

The Stowa Flieger Verus Sport 43 is powered by the ETA 2824-A movement. This is a Swiss-made automatic movement, a tough workhorse engine that has been around in its present form since 1982, and based on the Eterna calibre 1427, which dates back to 1955. It runs at 28,800 vibrations per hour (4 Hertz) and has a power reserve of about 38 hours. 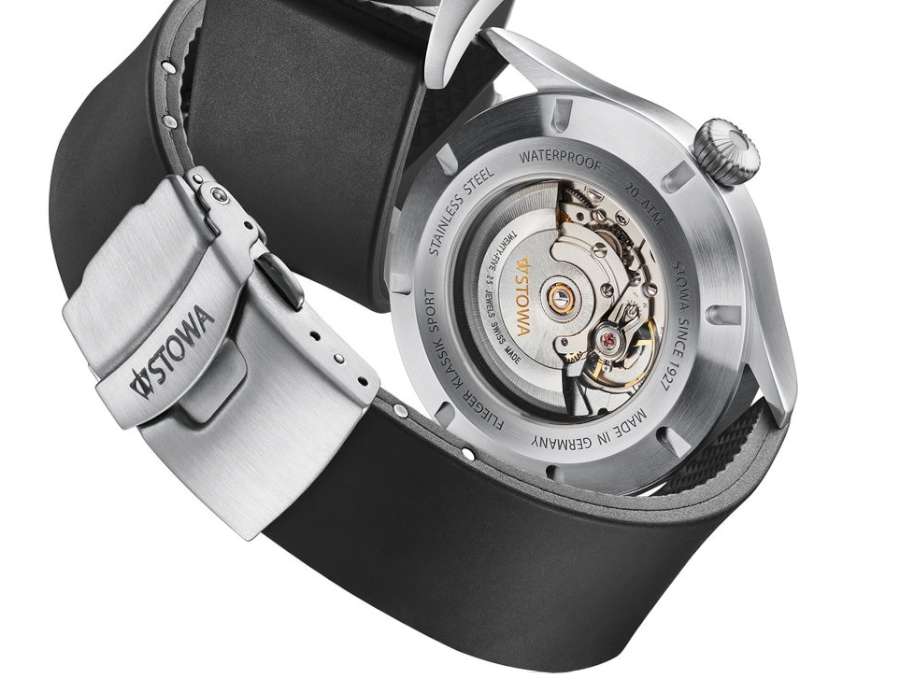 Like the original Stowa Verus, the sports version of the Stowa flieger watch can be personalized to a degree. You can choose the top finish version of the ETA 2824-2 movement, with blued screws, for an extra €130, and you can opt to have a date window, which is in the 6 o’clock position (no extra charge). It may be possible to engrave the rotor or caseband. You can contact the brand directly on the Stowa watches website. 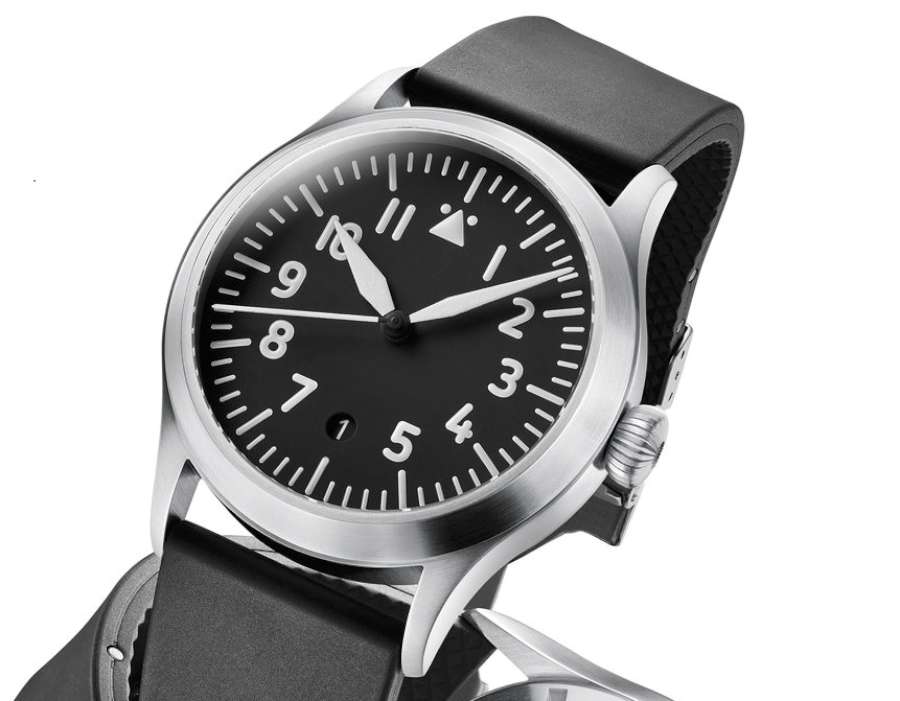