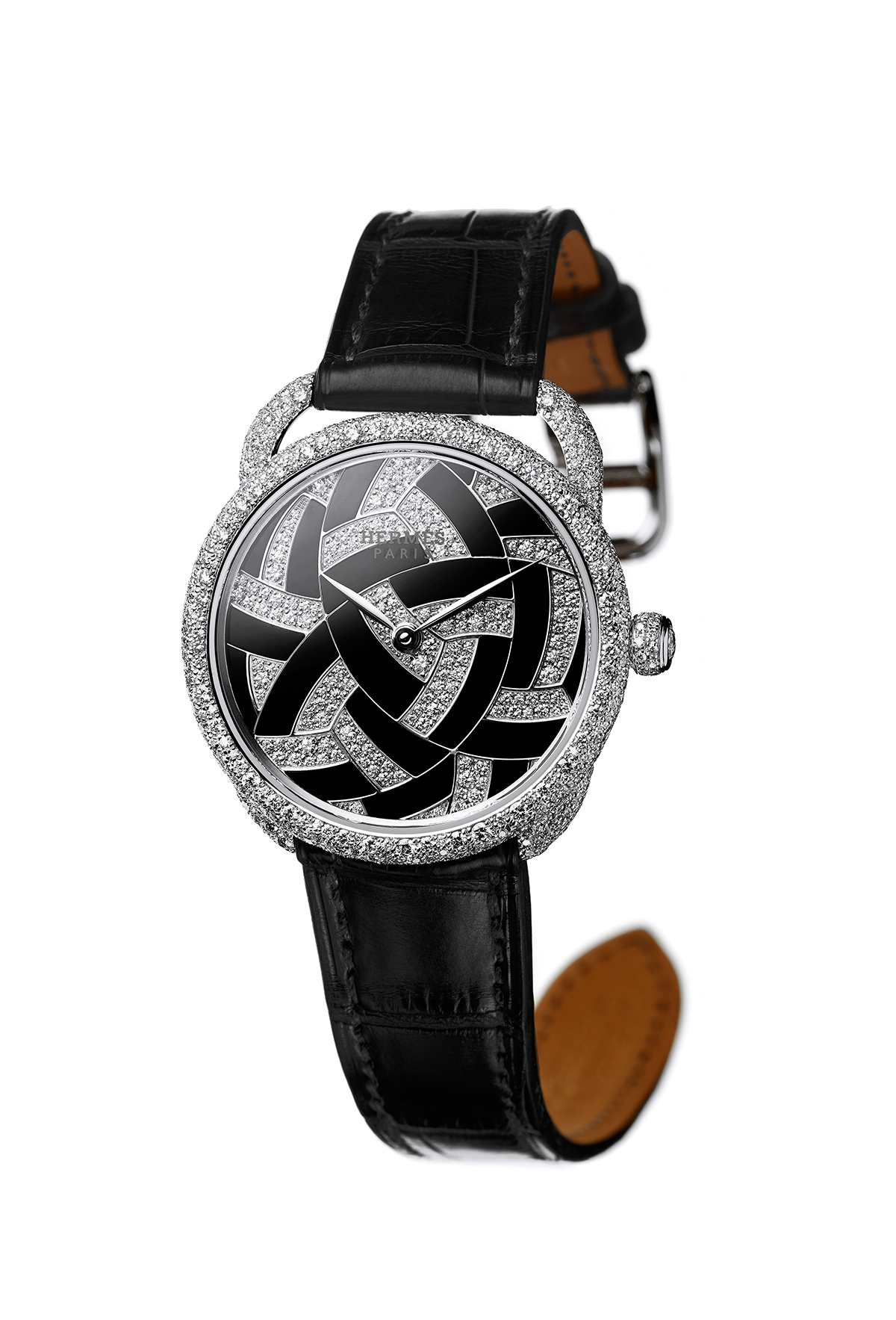 While the Hermès Dressage L’heure masquée is an ingenious watch with an original movement designed to express an unusual concept of time, the Arceau Temari by Hermès is a jewellery watch in which the motif on the dial is the principal feature.

Temari is a Japanese word meaning “hand ball.” They were made from remnants of fabric used to make kimonos, and became a sort of toy used at the Imperial court. They became an artform in themselves, with fabric embellished by embroidery in complex geometrical patterns. They symbolized the aspiration for a happy life, and they were often given as gifts.

Hermès have reproduced this spherical geometry onto the dial of the Arceau Temari watch, contrasting snow-set diamonds with hard stone, either onyx, or mother-of-pearl, lapislazzuli or opal. 700 diamonds are set onto the case and crown, and 20 fragments of hard stone on the dial are accompanied by areas of snow-setting comprising another 176 diamonds. Everything is done by hand.

The case itself has the stirrup-type attachment for the top half of the strap, a characteristic of the watches in the Arceau collection and a reference to Hermès’ long tradition as saddle-makers. (Ralph Lauren uses the same motif in some of his watches).The case is 34 mm in diameter, and houses a self-winding mechanical movement, Hermès H1912, providing hours and minutes, with a power reserve of 50 hours. The movement is visible through the sapphire caseback, with Hermès’ own finish visible on the oscillating weight and bridges, an interlocking H pattern. 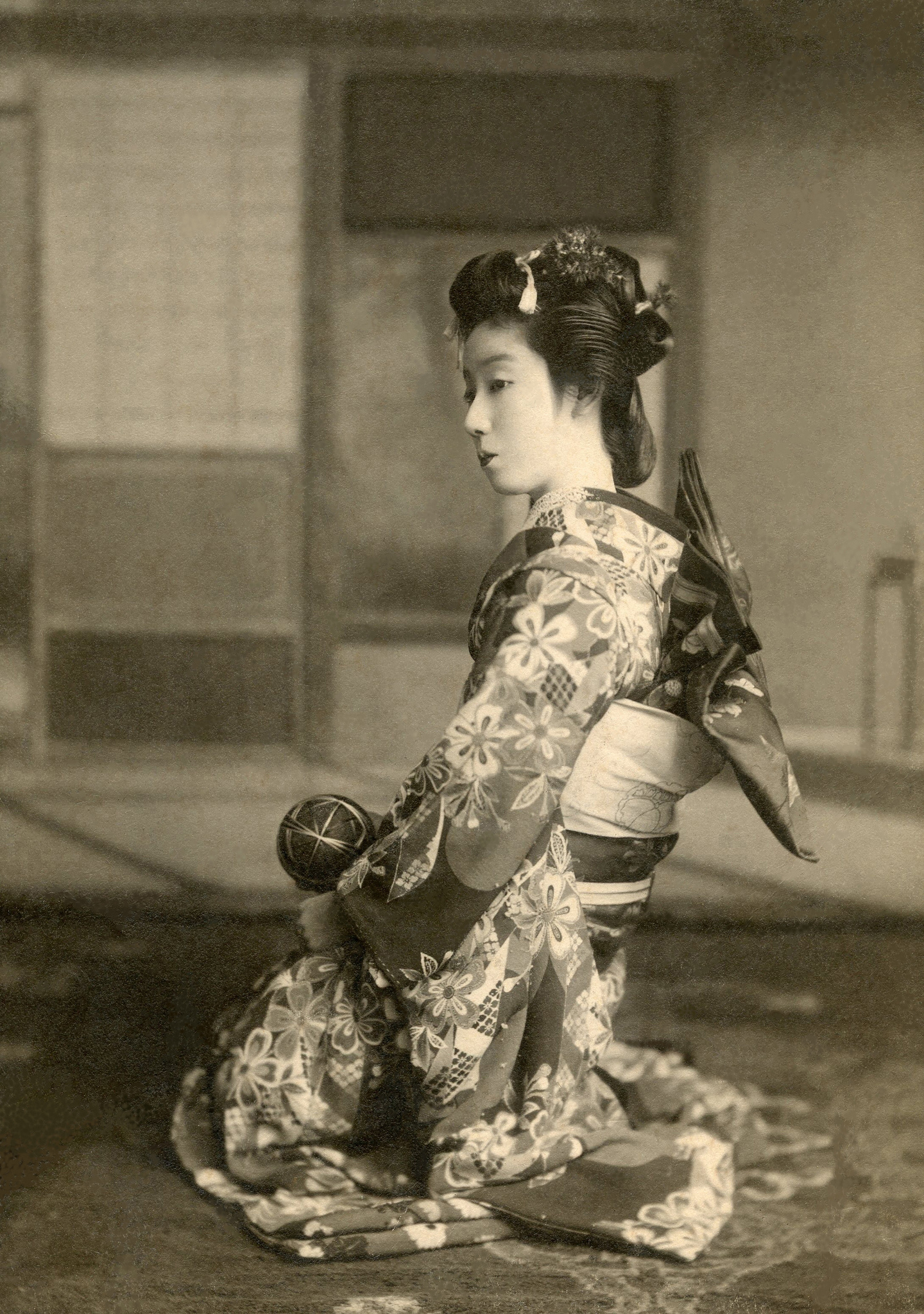 An Osaka Maiko with a Temari Ball 1910, photo courtesy of Blue Ruin/flickr.com 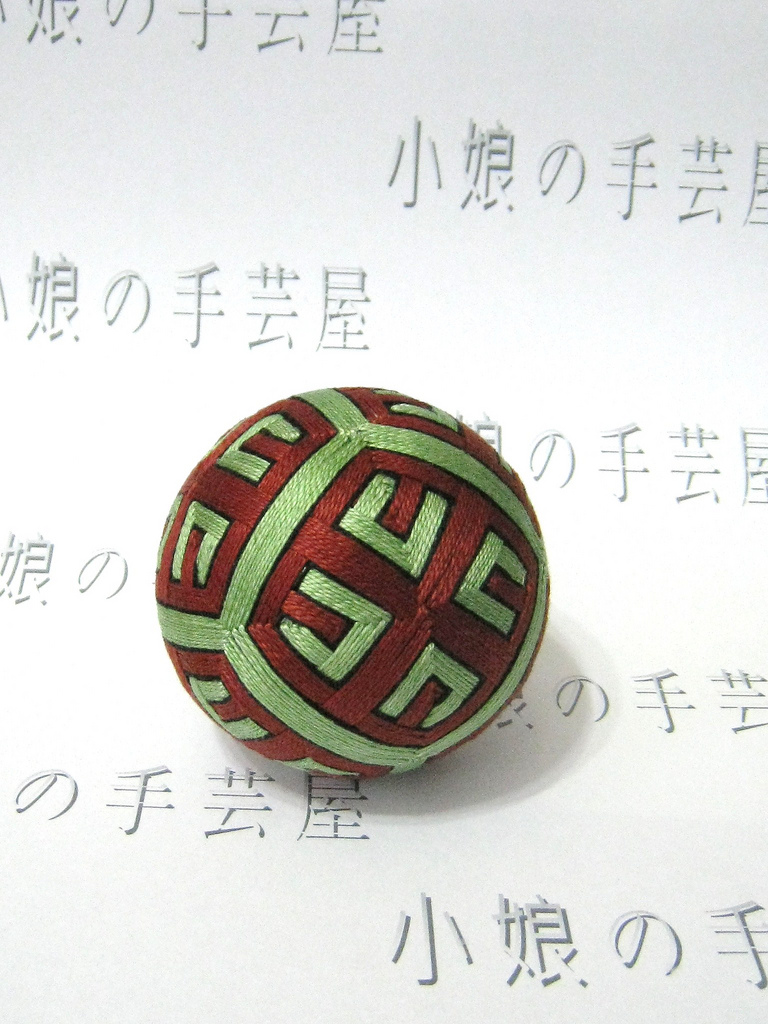 Example of the Japanese art of Temari, photo courtesy of Komusume Rita/flickr.com 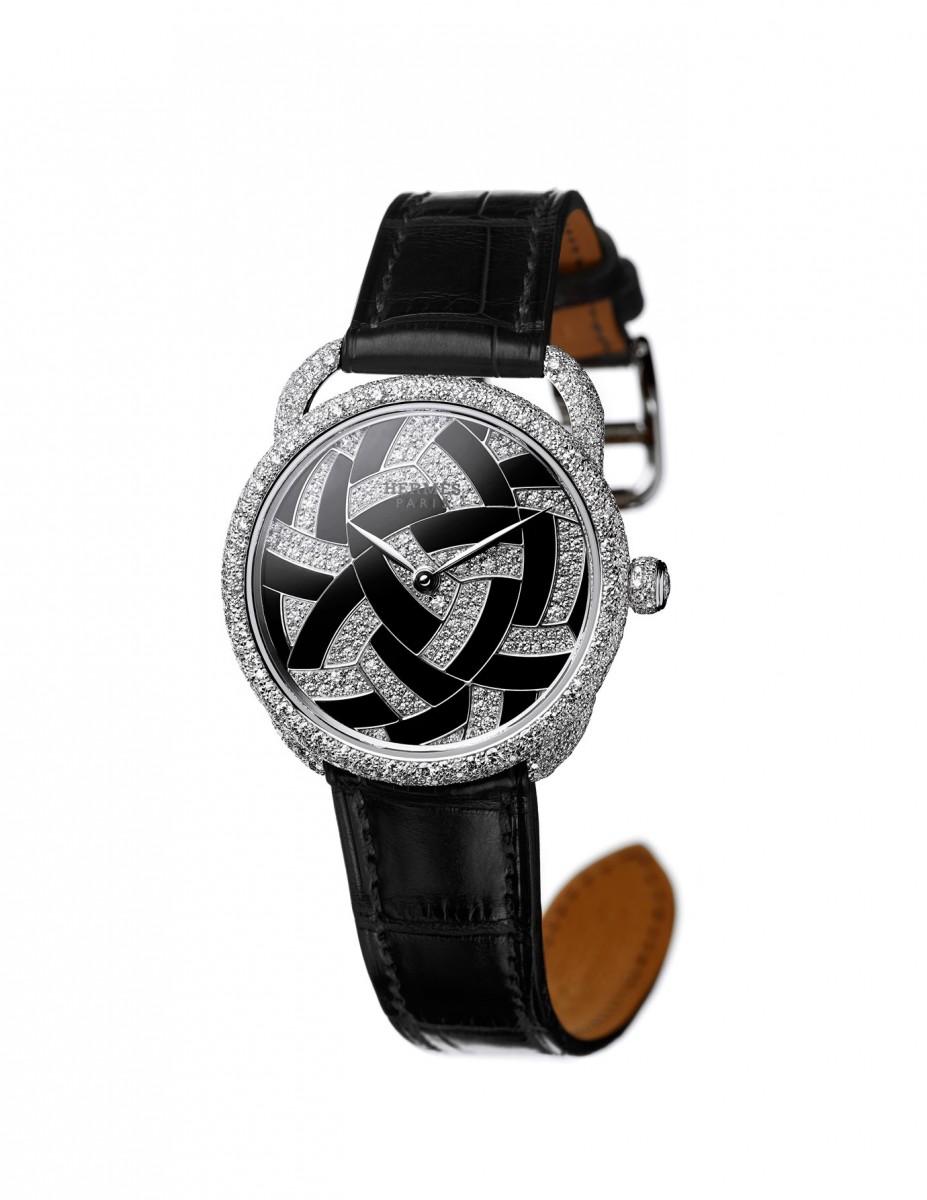 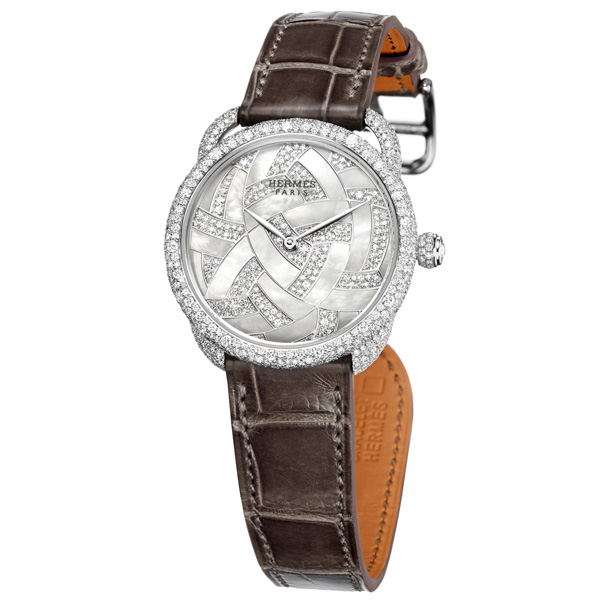 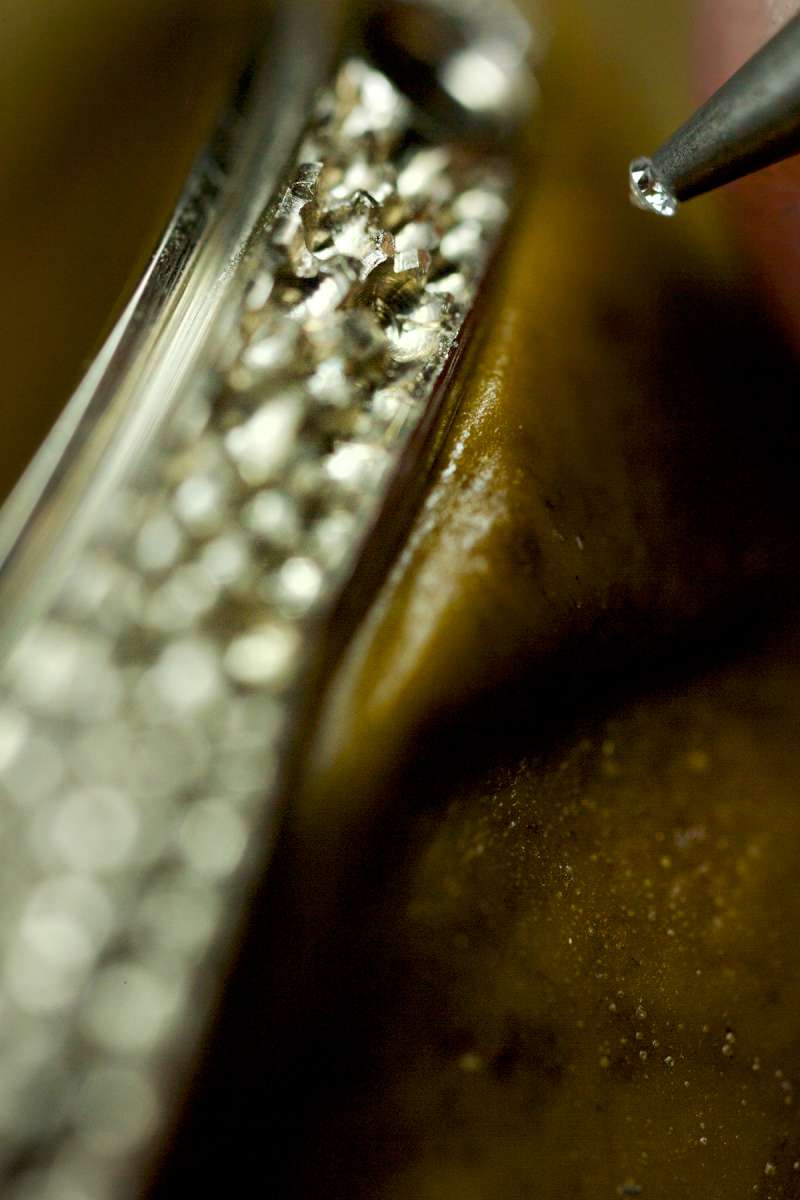 Detail of setting a diamond 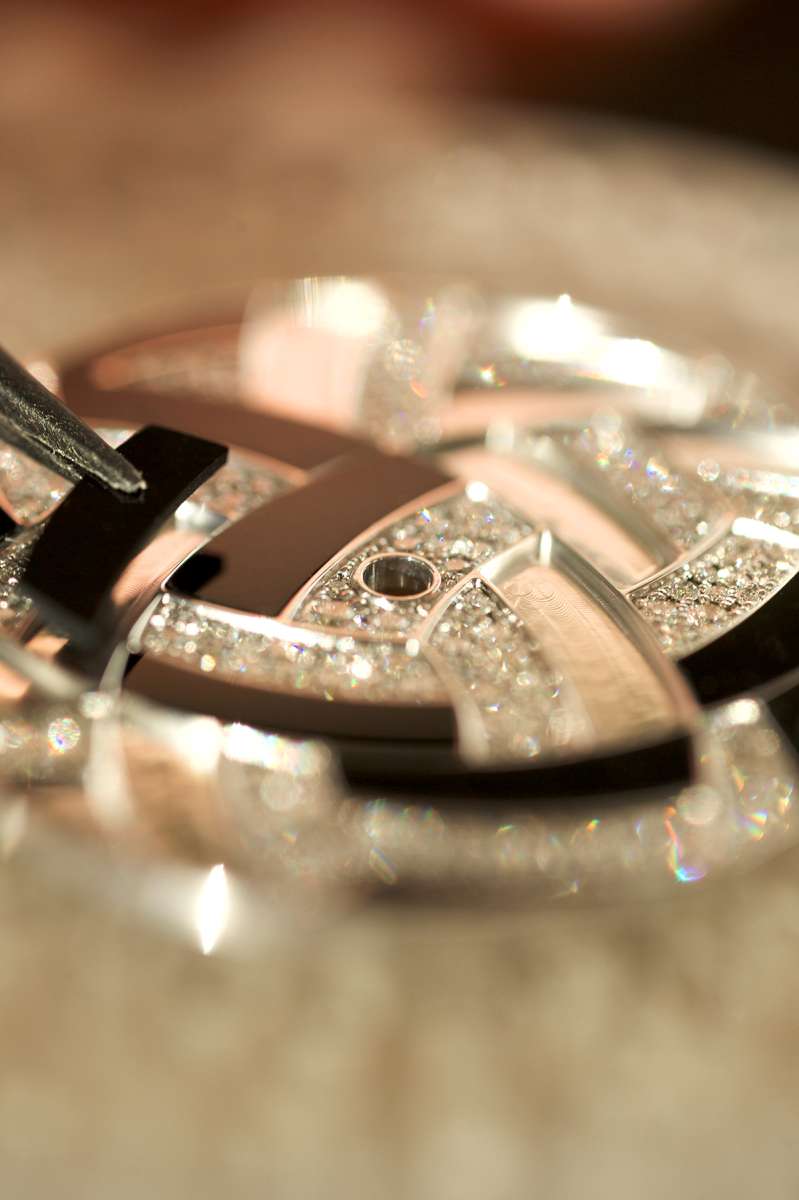 The Hermès Arceau Temari, marquetry in onyx and snow-set diamonds 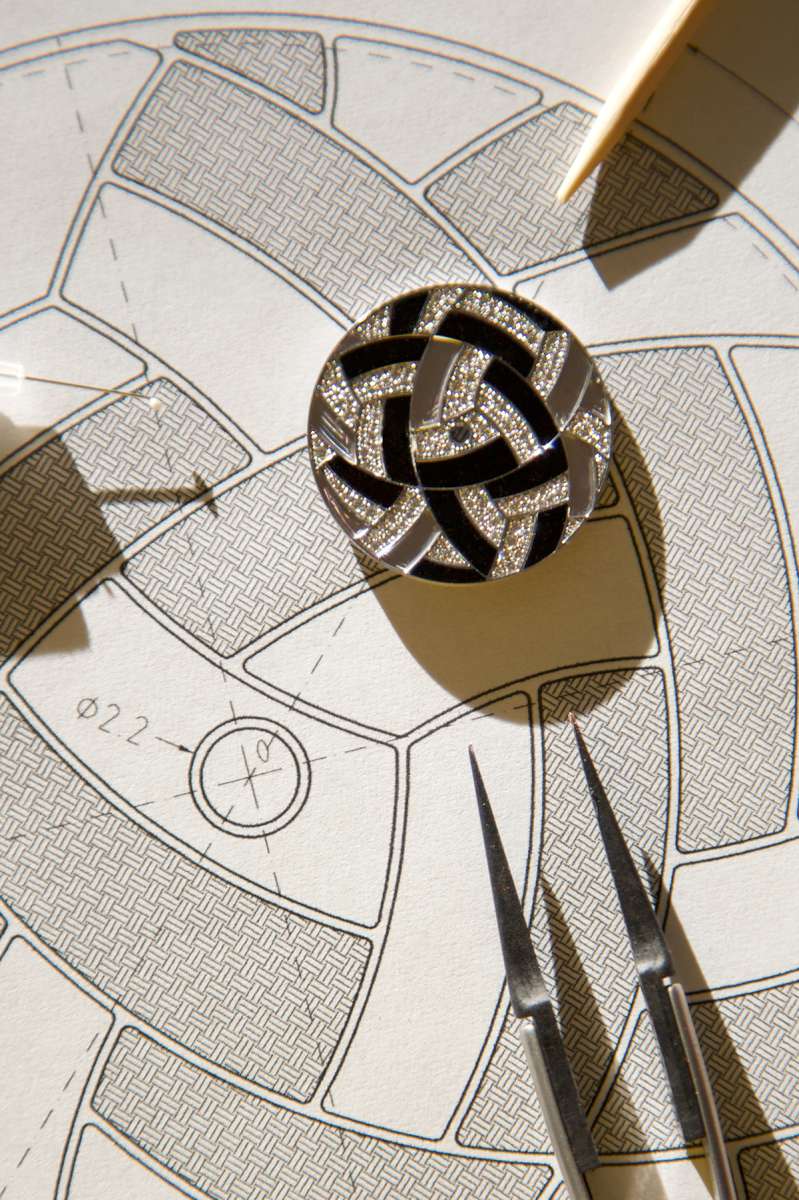