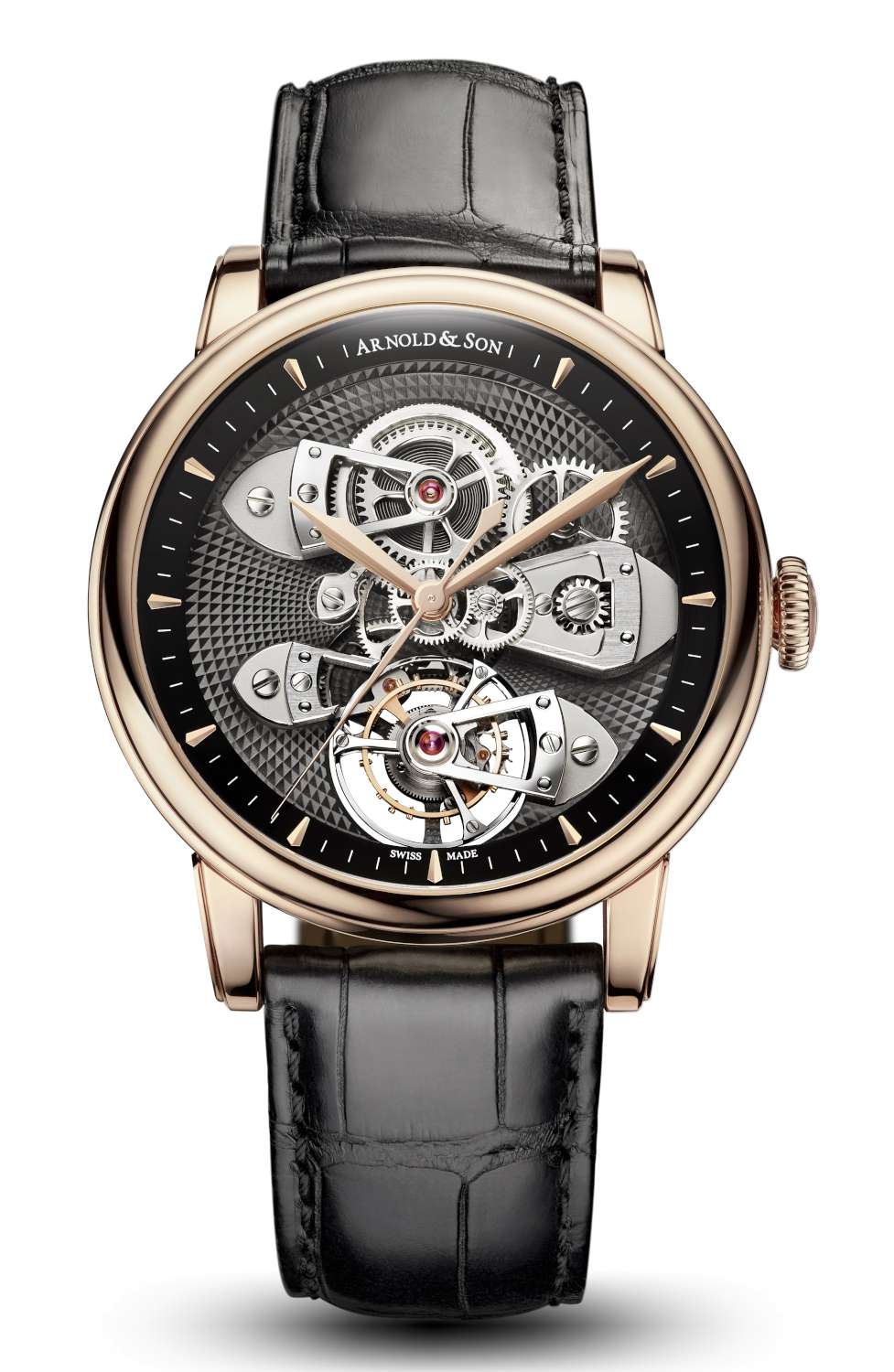 John Arnold was a watchmaker working in the late 1700s, and, together with Abraham-Louis Breguet, he did a lot to shape modern watches, introducing inventions such as the overcoil balance spring, and working with the great French watchmaker on innovations such as the tourbillon. The very first tourbillon movement was actually built by Breguet and mounted onto a watch by John Arnold that the British watchmaker had given to his counterpart on the other side of the Channel. The two had first met in 1792, after the Duke of Orléans showed Arnold a timepiece by Breguet: Arnold went to Paris, the two got on well, and Arnold gave Breguet permission to use any of his own patented inventions. 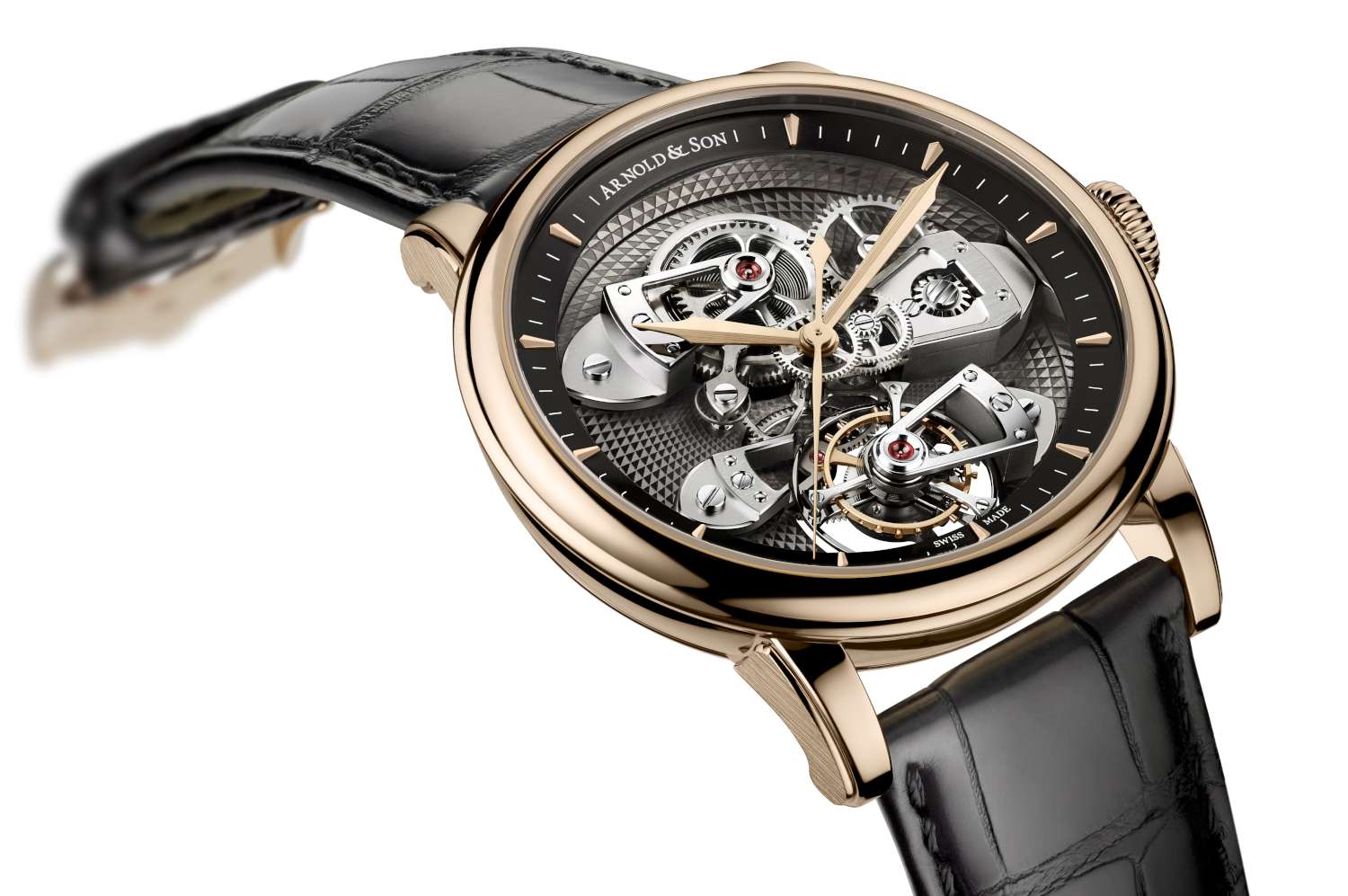 The new Arnold & Son is linked to John Arnold only by name, but this piece, the TBTE Tourbillon, is a celebration of John Arnold’s work, and it also looks similar to a modern Breguet, with its open-dial construction and cantilevered bridges. The two complications, the True Beat and Tourbillon Escapement that give the watch its acronym name, were developed respectively by John Arnold and Abraham-Louis Breguet to improve the accuracy of marine chronometers. The true-beat seconds are shown by a large central hand on the dial side, and the one-second beat is also displayed by an anchor-shaped lever on the caseback. 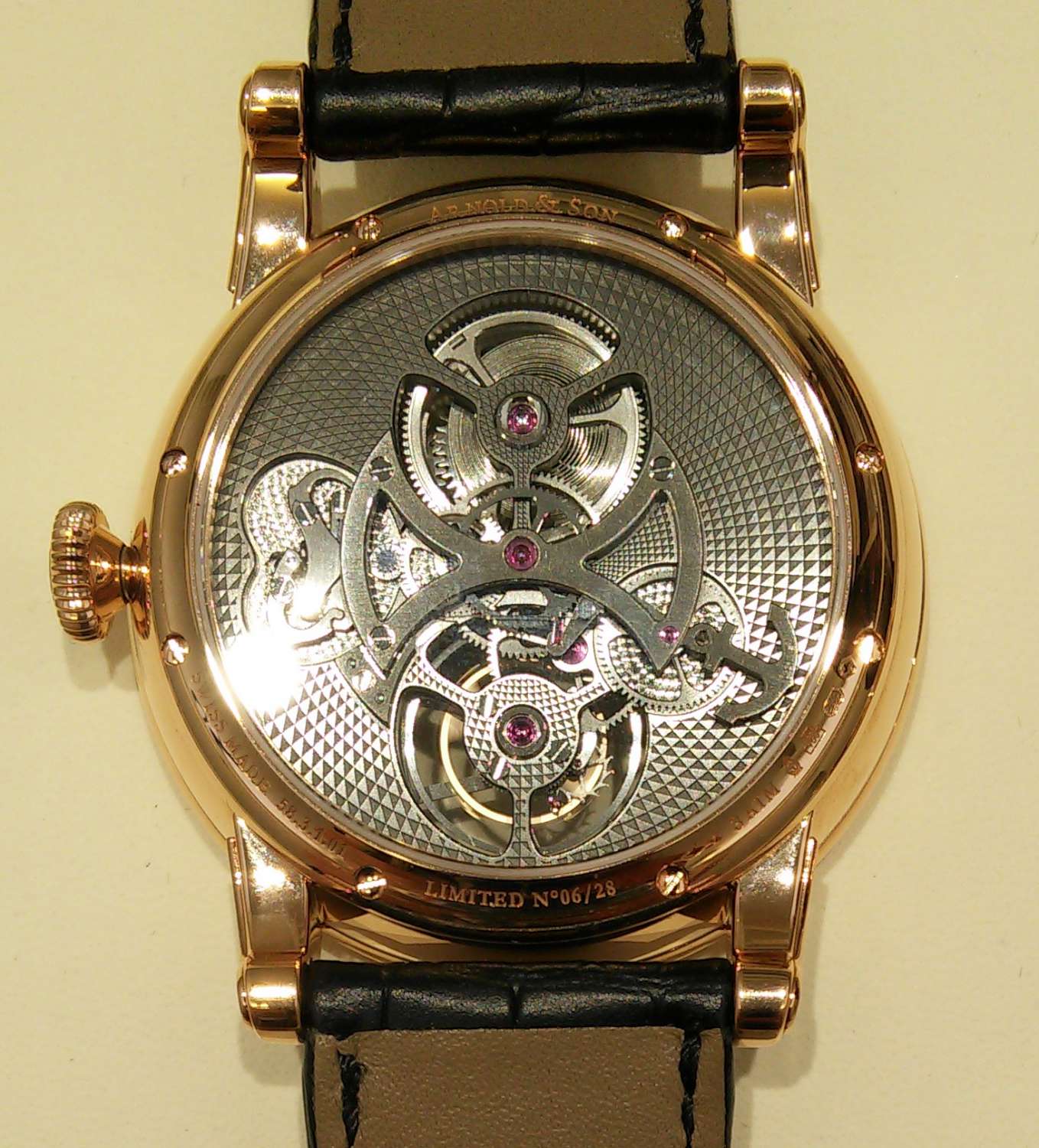 The architecture of the movement is based on Arnold’s techniques, with openwork bridges and three-spoke wheels. In John Arnold’s original watches, the movement was not in view: this modern piece is a combination of antique tradition and the wholly modern trend of making as much as possible of the movement visible from dial side and caseback. 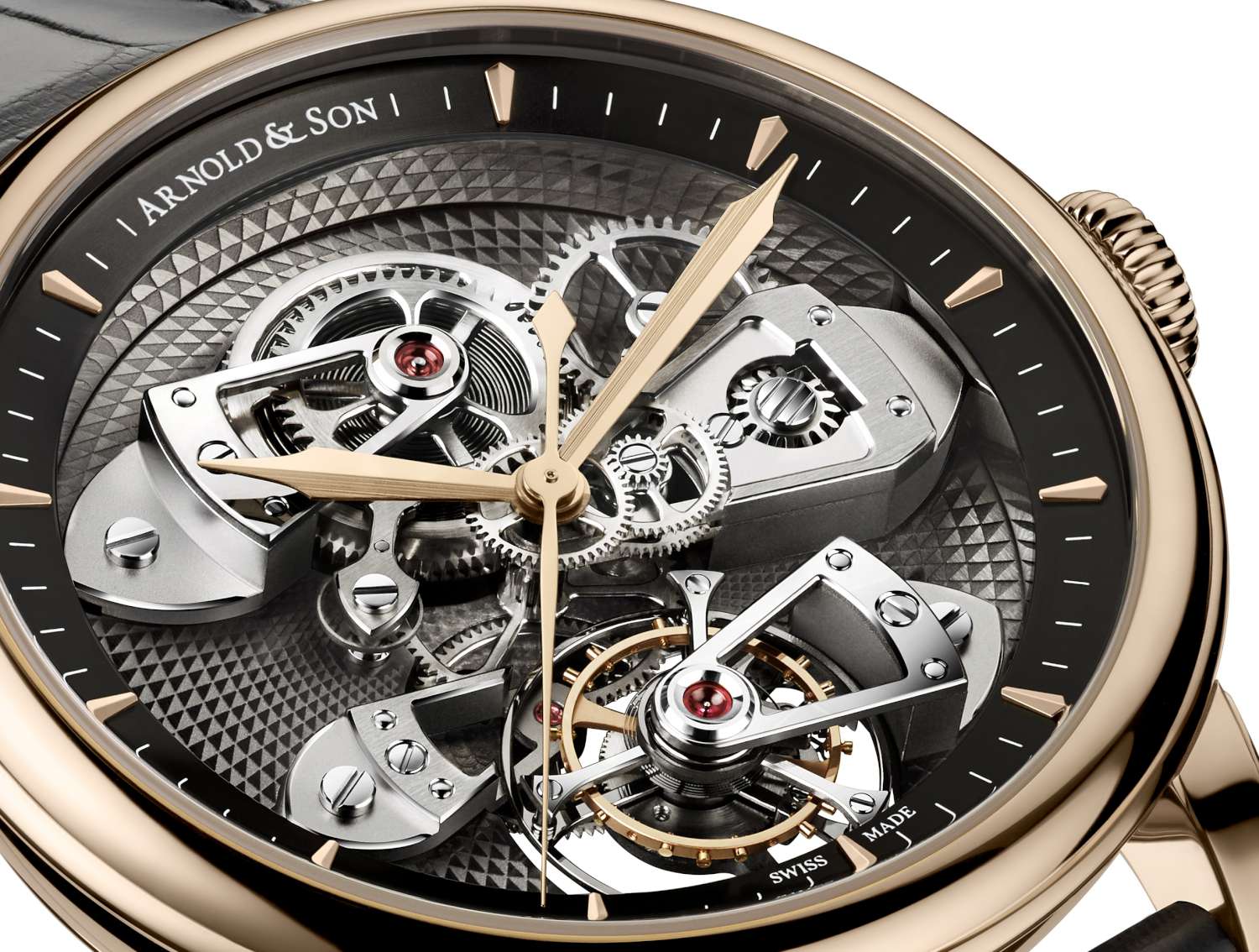 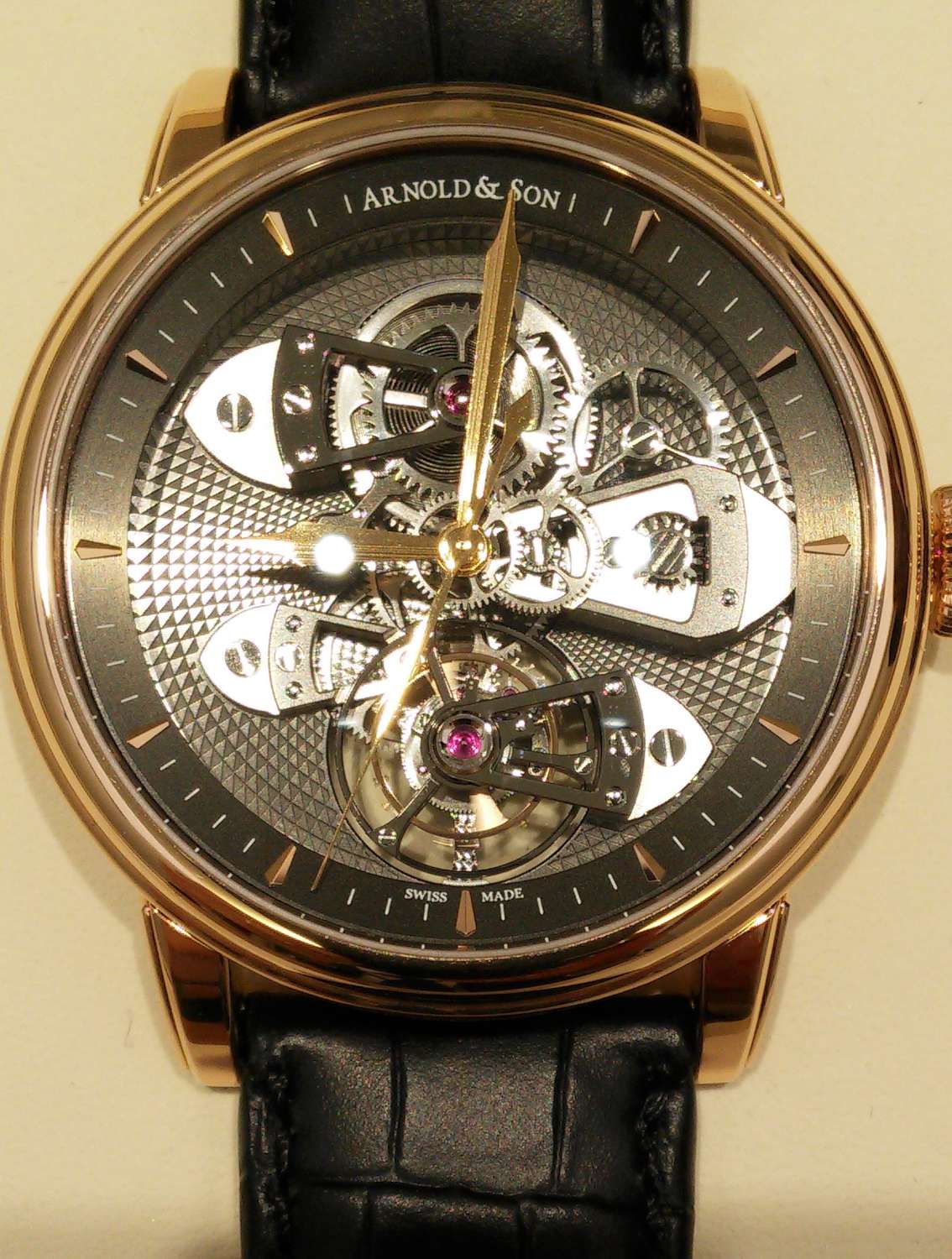