Several fashion designers have become the subject of movies: Isaac Mizrahi (Unzipped, 1995), Karl Lagerfeld (Lagerfeld Confidential, 2007), Valentino Garavani (Valentino: The Last Emperor, 2008), Coco Chanel (Coco before Chanel, 2009), Yves Saint Laurent (Saint Laurent, 2014), Martin Margiela (The Artist is Absent, 2015), and Raf Simons (Dior and I, 2015). Not to mention Devil Wears Prada (2006), with its inspiration from Vogue editor Anna Wintour, and The September Issue (2009), another movie on Vogue and Wintour, with appearances by John Galliano, Jean-Paul Gaultier, Karl Lagerfeld and others.

You can’t say the same thing about watch designers. Perhaps the closest a historical figure has come to the silver screen is Pierre Jaquet-Droz, in the movie Hugo (2011) directed by Martin Scorsese. This included an automaton whose appearance and mechanism were inspired by the Jaquet-Droz automata made in the late 1700s and visible at the Musée d’Art et d’Histoire in Neuchâtel. 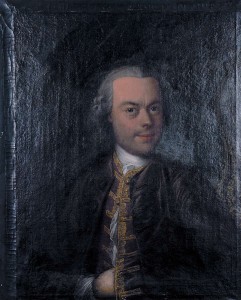 Pierre Jaquet-Droz was born in 1721 on a farm near La Chaux-de-Fonds, Switzerland, and took up clockmaking at a very young age, encouraged by relatives from other local families, Brandt-di-Grieurin, Sandoz and Robert. He set up his first workshop in 1738 (the brand uses this date as the start of its history) and made long-case clocks with sophisticated movements, gradually adding music and automata. He married Marianne Sandoz in 1750, his daughter Julie was born in 1751 and Henri-Louis in 1752, but tragically both Marianne and Julie died in 1755. Pierre met Scottish-born George Keith, 10th Earl Marischal, for a period ambassador in Spain, and also for some reason governor of the principality of Neuchâtel, and the Earl encouraged him to visit the Spanish court, giving him the necessary contacts. Pierre built a special carriage that could carry six clocks in addition to himself, his father-in-law Abraham-Louis Sandoz, and an assistant, Jacques Gevril, and in 1758, they set off.

It took them 49 days to reach Madrid, where they were met by a Spanish nobleman, and they had to wait another four months before being received by King Ferdinand VI. But it was worth the wait: the king and his court were amazed by the timepieces, and bought the entire set for a major sum of money. The clocks that Pierre Jaquet-Droz took to Spain included the Shepherd’s Clock, with a shepherd playing a flute, and a dog guarding a basket of apples that barked and moved. The shepherd could even say the time in French on demand. The clock can still be seen in Madrid’s Palacio Real (along with another 214 clocks). Another piece was a pendulum clock with a figure on the top with a drum, who would beat the hours in response to a spoken request. Its sensitivity to human voice was apparently achieved through magnets.”The Stork” was a pendulum clock that probably included displays using water and an animated bird, and it must have excited great interest at the court because the ambassadors of Portugal, Denmark and Holland at the court immediately ordered copies for their own regal employers.

Pierre’s success in Spain the him the freedom to work on his own concepts for watches, clocks and automata, assisted by his son Henri-Louis and another apprentice, Jean-Frédéric Leschot. From 1767 to 1774, Pierre worked on three complex androids, the Writer, the Lady Musician and the Draftsman, which he took on tour through Europe. 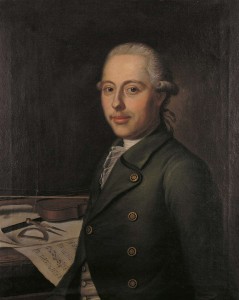 In 1774, Pierre Jaquet-Droz set up a branch in London, with a workshop managed by his son Henri-Louis and Frédéric Leschot. They worked extensively with the trading company James Cox London, which in turn had agents in Canton. This is how the imperial court in Beijing began collecting timepieces by Jaquet-Droz, including his singing birds that brought him fame in many world capitals. Henri-Louis decided to move back to Geneva in 1784, opening one of the first watchmaking workshops in the city. At this stage the family company was running three workshops, in La Chaux-de-Fonds, London and Geneva, with sales handled by agents in France, London and Canton, but something began to go wrong, and the business went bankrupt in 1788. Two years later, Pierre Jaquet-Droz died, and Henri-Louis died one year later, in 1791.

The name Jaquet-Droz continued to be used, initially by Jean-Frédéric Leschot who continued to make singing bird clocks in Geneva, using the name Jaquet-Droz & Leschot – London. The company slid into obscurity, but survived, and occasionally you can find watches marked Jaquet-Droz, La Chaux-de-Fonds, dated prior to the Swatch Group period that began with its purchase of Montres Jaquet Droz in 2000. The hyphen was dropped from the brand name, and in 2002, Jaquet Droz presented their Grande Seconde, with design closely based on a piece made by Pierre Jaquet-Droz in 1784. In the same way as many aspects of Pierre’s life anticipated modern business and marketing, in particular his international approach to finding customers with enough money to buy his products, the Grande Seconde was far ahead of its time, a remarkable blend of simplicity and complexity, absolutely modern for the vast area of uncluttered white space on the dial, and the quirky numeral design, with Roman numerals in the top dial, Arabic in the seconds dial, and large Arabic where the two dials intersect. The contrast between the ornate volutes of the hour and minute hand with the simple baton of the seconds hand is a touch of genius, and likewise, the fact that the seconds dial is far larger than the subdial for minutes and hours was an original feature. Usually the seconds were shown on a small subdial was at 6 o’clock: Pierre maintained that characteristic, but made it much larger, adding the symbolism of the figure 8, venerated as a lucky number in China (more good marketing). Perhaps he was also inspired by Swiss mathematician Leonhard Euler (born in Basel in 1707, died 1783) who invented the horizontal-eight symbol for infinity. 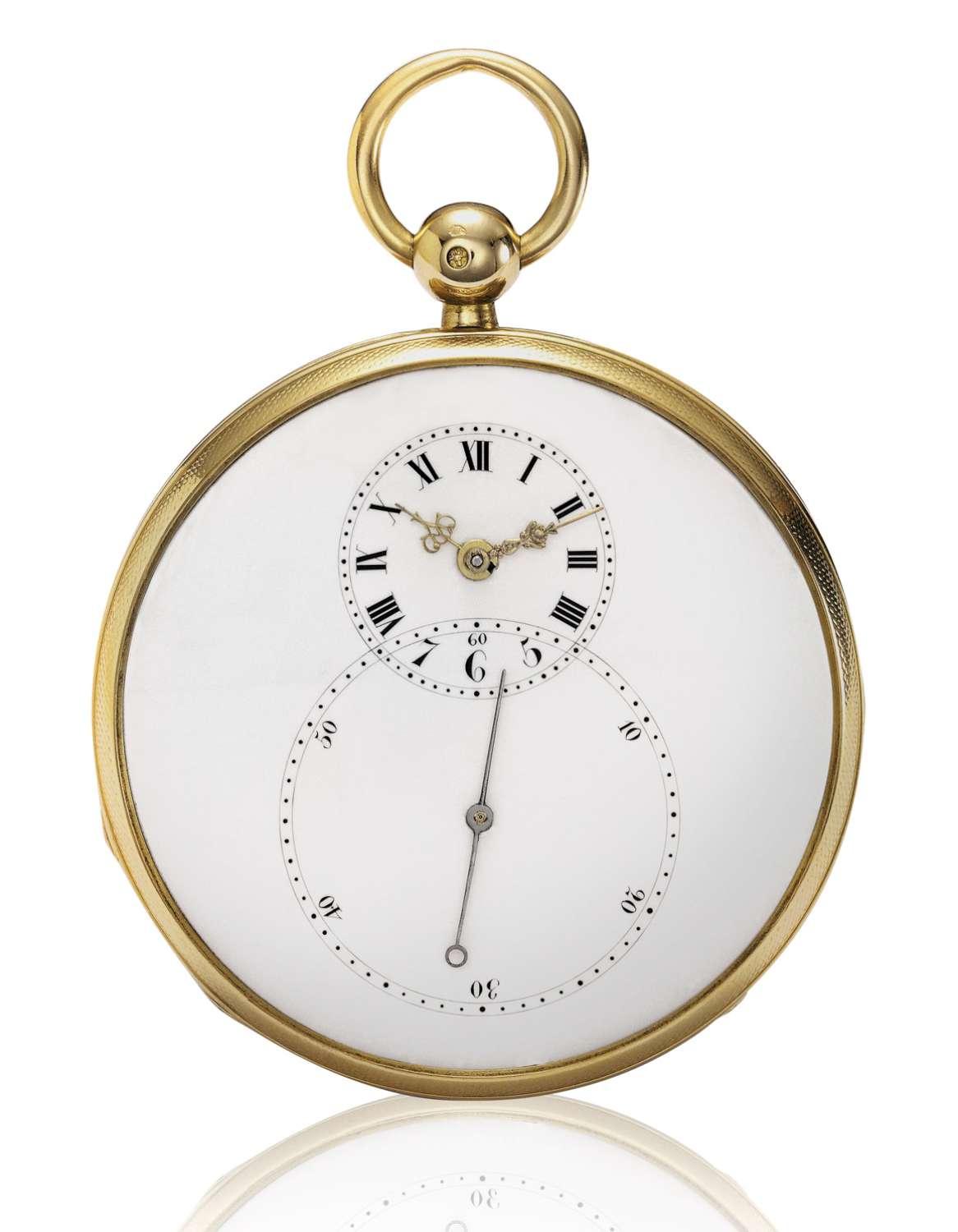 In 2009, Nicolas G. Hayek, head of Swatch Group, took over management of Jaquet Droz, and in 2010 the company moved into new premises at La Chaux-de-Fonds. Following the untimely death of Nicolas, his grandson Marc A. Hayek became CEO of Jaquet Droz in 2010.

The brand currently makes about 2,600 watches per year, including about 200 individually-personalized watches. About 60% of its watches sold are the Grande Seconde. They have all the trades needed to decorate dials in-house, and so they can add whatever a customer wants, whether a portrait of his or her dog, house, aircraft, whatever.

In a lot of their watches, you can still see the influence of Pierre Jaquet-Droz, and who knows, perhaps one day we will see a film about him? It’s a good story. 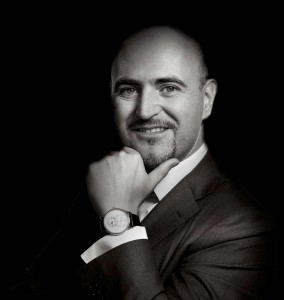 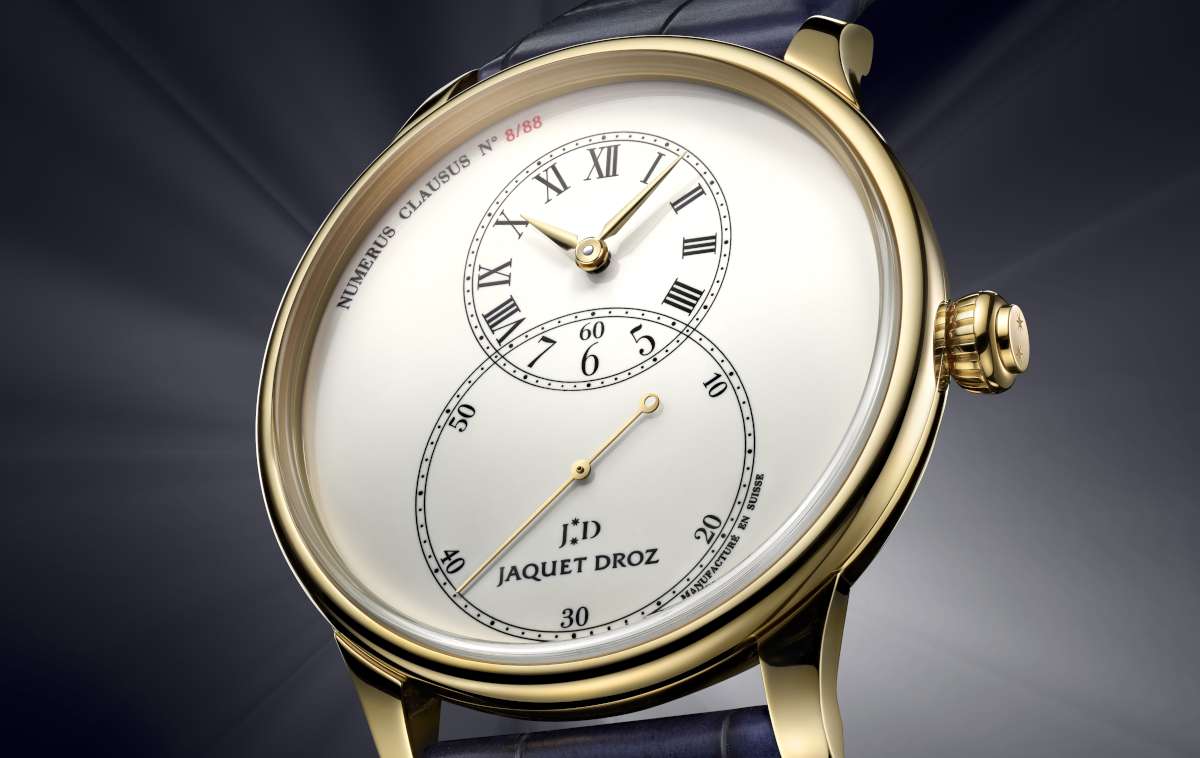 Jaquet Droz watch for Year of the Goat