Urwerk make unusual watches: as they say, “nouvelle horlogerie.” Since the brand’s foundation in 1997, they have made only one watch with a conventional hour and minute display – in the most recent watch EMC Time Hunter.

The company was founded by Felix Baumgartner, watchmaker, his brother Thomas (who left the company in 2004), and Martin Frei, designer, with the objective of making watches without any restrictions from the market. Unique objects that tell the time in ways different to things seen before. Their innovations include a winding system based on miniature turbines and compressed air, an oil change indicator showing that it’s time to have the watch serviced, a winding efficiency indicator showing whether the self-winding movement is currently adding energy to the mainspring, or whether it is being depleted; a winding efficiency regulator, so that the user can adjust the efficiency by which energy is transferred to the mainspring; and most recently, in the EMC Time Hunter, an electronic diagnostics system that is charged using a manual winding handle and displays the precision of the mechanical movement.

Nearly all Urwerk watches have base movements made by Zenith and Girard-Perregaux, with additional modules developed in-house to create the unusual displays. The EMC Time Hunter on the other hand has a movement entirely made in-house, including the balance. Felix Baumgartner said,.”As a watchmaker, I am quite proud of Urwerk developing, manufacturing, and regulating our own balance wheel for the EMC, as very few brands actually make and regulate their own balances and they really are the heart of mechanical movements.”

Urwerk were asked to create the Opus V watch for Harry Winston, with development starting in 2004. The watch was presented in 2005.

The company makes less than 150 pieces per year, at an average price of about 100,000 Swiss francs each. Their most important market is Singapore: other important markets are Europe, the U.S.A., Russia and the Middle East. At the company’s two locations, there are a total of 16 staff, of whom 12 are watchmakers. In addition to the head office in Geneva, there is a location in Zurich, where the CNC machines operate. 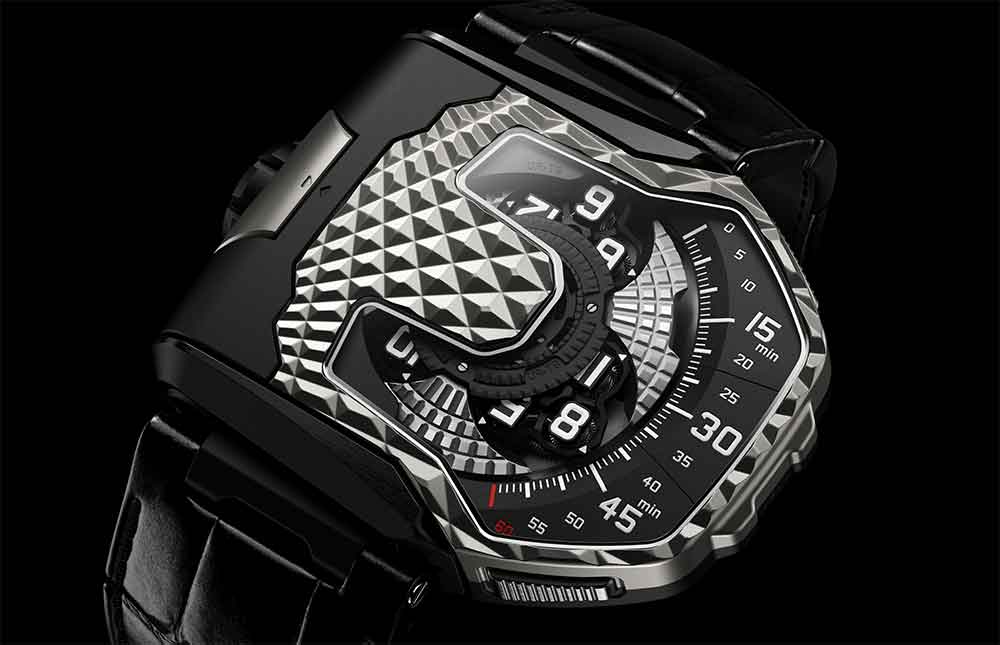 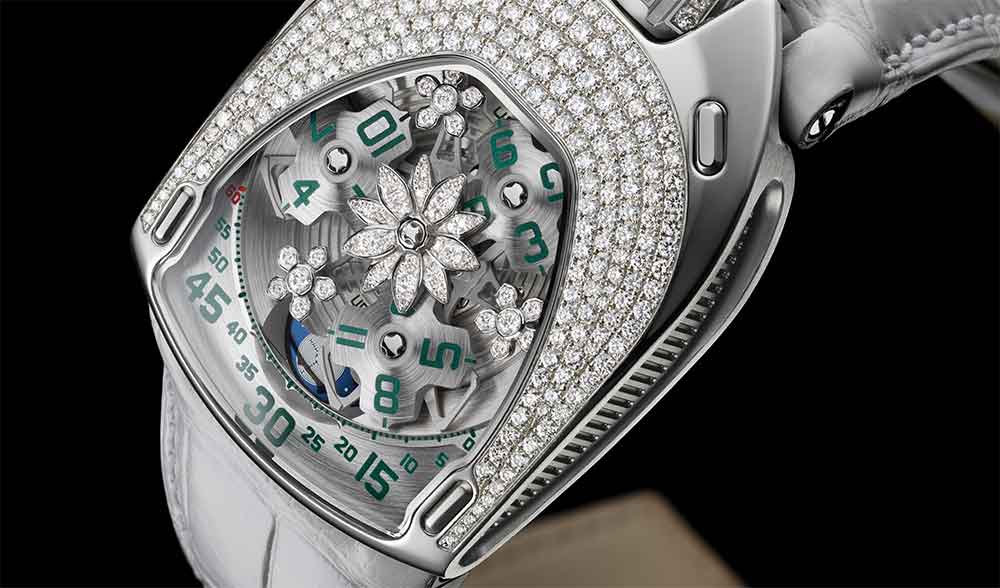 Arpal One by Laurent Ferrier and Urwerk 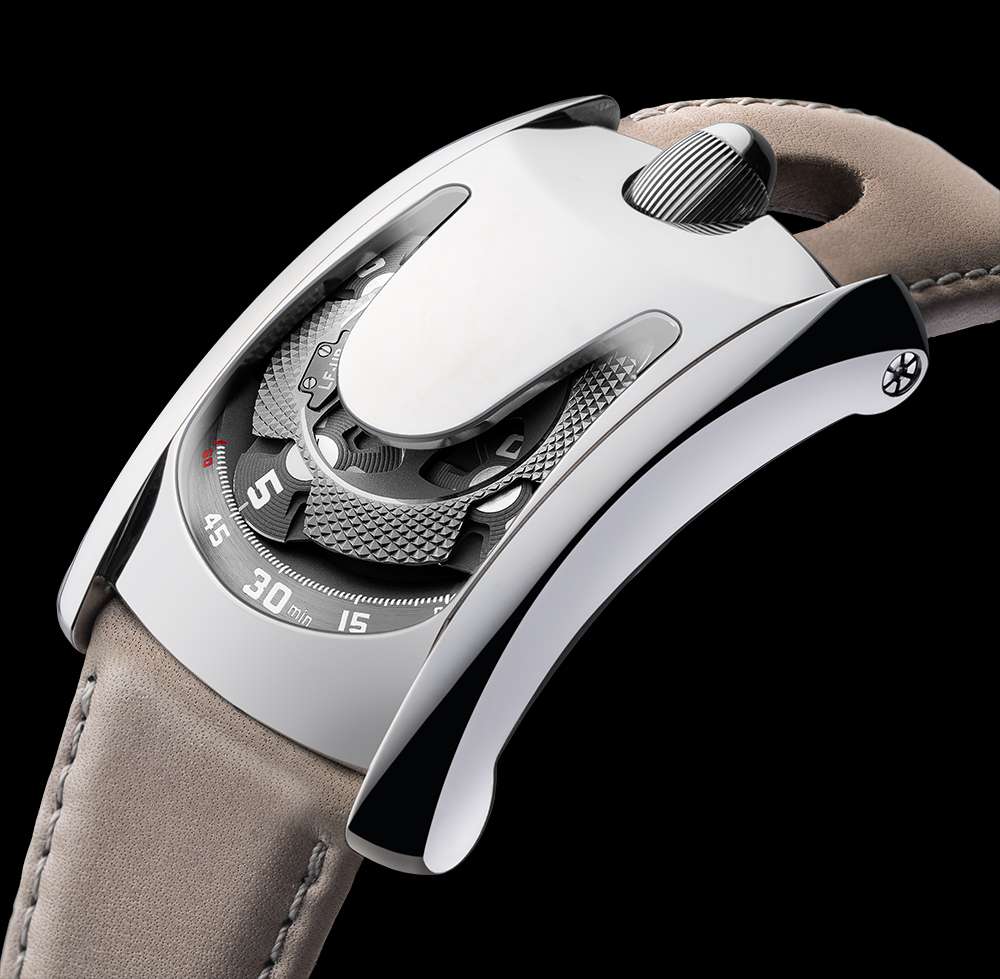